Buy the novel Under the Skin or the film cheaply from Amazon. You too can earn money from writing articles by signing up for InfoBarrel.
InfoBarrel is a writing platform for non-fiction, reference-based, informative content. Opinions expressed by InfoBarrel writers are their own.
InfoBarrel > Entertainment > Film > Movies

Movie Review: Under the Skin

Certificate 15, 108 minutesDirector: Jonathan GlazerStars: Scarlett Johansson, Jeremy McWilliams, Lynsey Taylor MackayUnder the Skin is based on the novel of the same name by Michael Faber. In the initial scene as the film opens, it's difficult to grasp what is happening, due to a lack of references, which is probably deliberate. Some further clue may be provided by one of the last scenes in the film - then again, it may not; it's that sort of film.The film follows the unnamed lead female, played by Scarlett Johansson, as she drives around Scotland, primarily in Glasgow, in a white van picking up men by themselves. She pretends to ask them for directions, and then diverts the conversation to find out if they are truly alone - whether they are heading anywhere to meet people or have someone who will quickly miss them. 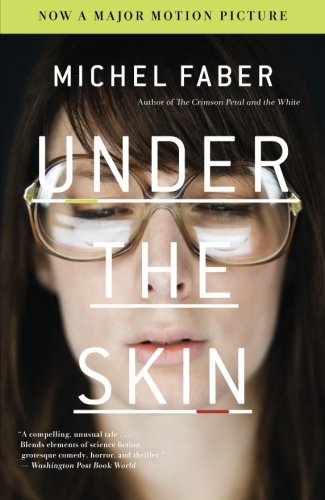 Under the Skin: A Novel Amazon Price: $14.95 $2.93 Buy Now(price as of Sep 17, 2014)
Only if they are truly alone does she invite them into the van, and offer to take them to her place. It's only on about the fourth of these that any clue is given as to what is happening to them, and that is done in such a way that inadequately explains or shows it.

Credit: https://en.wikipedia.org/wiki/File:Under_the_Skin_teaser_poster.jpgShe is followed by an also an unnamed (in fact, everyone in the film is unnamed) biker (Jeremy McWilliams), who clears up evidence that is left behind, including, but not limited to, things such as bodies.There is not a lot of dialogue in the film, and there are frequent silences where there isn't even any music. The music that there is, is often, presumably deliberately, repetitive and discordant, and sometimes too loud. Either a lot was lost in converting the book to a film, or it was a very short and boring book. Judging by the book's reviews, of which there are a lot of positive ones, it's the former, rather than the latter.The cast, except for Johansson, is unknown, with many of them never having acted before (and they aren't acting now, as many of the scenes are unscripted), but this is not by itself a bad thing. Many good films have been done on a low budget with an unknown cast.In this case the film seems to be going for style over substance. The, admittedly often pretty good, camerawork takes pride of place, and there are some nice shots of the Scottish countryside, as well as some odd scenes which are shot on an either entirely black or an entirely white background - why is never explained. There is a fair bit of nudity, and some disturbing scenes, but little violence and no gore.At the end of the film we are left with a lot of questions and no answers, as nothing is explained in the slightest and there is not enough information provided to actually work anything out. It barely has a conclusion, let alone a plot. More is given away in plot summaries than is actually explained, or shown, or referred to, in the film, possibly from referring to the book, because there does not appear to be any way of getting that information from the film alone. Who is this woman? Why is she picking up strange men and what is she doing with them? Who is the biker? Is he working for her, or vice versa? For that matter, why is she driving a van (in the book, she has a car)? In books, there is often background detail and the thoughts of the people detailed. When a film is made, this detail tends to be provided by narration, or characters talking. In this film, they haven't bothered. Under the Skin is a long, boring film (the first page of the book is more exciting than the entire film) that gives the feeling that whatever budget there was, was spent on getting Johansson to remove her clothes. 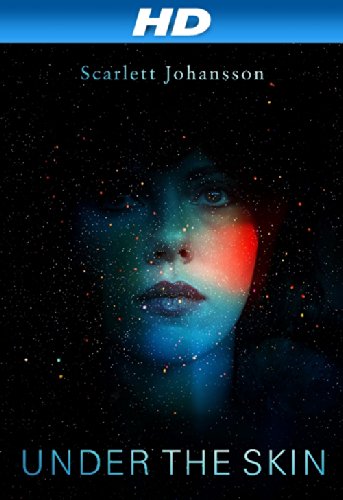