Buy the novel World War Z or the film of the same name cheaply from Amazon. You too can earn money from writing articles by signing up for InfoBarrel.
InfoBarrel is a writing platform for non-fiction, reference-based, informative content. Opinions expressed by InfoBarrel writers are their own.
InfoBarrel > Entertainment > Film > Movies

Certificate 15, 116 minutesDirector: Marc ForsterStars: Brad Pitt, Mireille Enos, Daniella KerteszWorld War Z is based on the book of the same name by Max Brooks. The book, which was set ten years after a zombie war, is based around the narratives of many different individuals who survived the war and their experiences which have been collected  together into a single volume by Brooks, acting as an agent of the Postwar Commission of the United Nations. 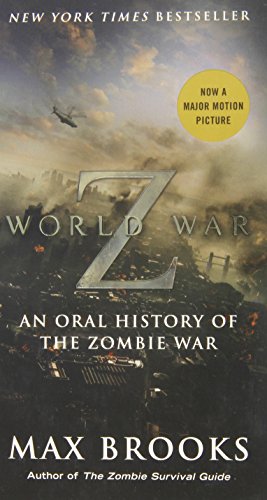 By contrast the film is based only around a single person's experience. Trying to make a coherent film with a lot of major characters and their stories would likely have been far too disjointed. The character in question is Gerry Lane (Brad Pitt, Fury, Killing Them Softly, The Counselor). Lane is retired at the start of the film and, although his former occupation is never made entirely clear, it seems he was a former investigator working for the United Nations who during the course of his job had visited many war zones around the globe, presumably looking for atrocities and war crimes. This experience makes him used to acting under pressure in dangerous situations.During the starting credits there are a number of clips from various different news programmes, both films and spoken. The spoken parts are various commentators and news readers talking about illnesses and odd and aggressive behaviour in various animals, narrated over clips of animals attacking each other. At the start of the film, Gerry and his family - his wife Karin (Mireille Enos) and their two daughters Rachel (Abigail Hargrove) and Constance (Sterling Jerins, No Escape) - are at home in Philadelphia. There are overheard reports on the news about martial law being declared somewhere. The family are trying to make their way through the city when they get stuck in a traffic jam. There is a brief reference to rabies on the radio (interestingly, rabies was the disease in the not-exactly-zombies film Quarantine) and then the street dissolves into chaos. People are running away from a threat, explosions are happening and many are attacking each other. The scene goes from normal city life to pandemonium in a matter of minutes, and the film doesn't let up from that point.

Credit: http://en.wikipedia.org/wiki/File:World_War_Z_poster.jpgGerry gets called back up by the UN to help investigate the cause of the outbreak. He and his family are taken to the USS Argus, assigned to the UN as a command ship, in the Atlantic with a fleet where many survivors have been taken. The world is falling to chaos, but there's a suggestion that Camp Humphreys in South Korea may bear a clue to what happened. Accompanied by a virologist, Andrew Fassbach (Elyes Gabel, Welcome to the Punch), and some SEALs, Lane is taken to South Korea. There then follows a trail of destruction across the world in a multi-continent mystery hunt as he tries to discover the origin of the infection and some way of dealing with it. Accompanying him for much of the journey is a young Israeli soldier, Segen (Daniella Kertesz). Most of the other cast members appear only for short periods as the hunt reaches their area.The zombies in the film are rather non-traditional. In most portrayals of them, zombie are usually slow moving. Not so in World War Z; these are "turbo" zombies like those from the 2004 remake of Dawn of the Dead or the infected from 28 Days Later. In computer games, a good comparison would be The Horde from the Left 4 Dead series, as these zombies are fast and hunt in large groups, no ambling about looking for food. Quite what their motive is is open to question as although the infection is spread, as normal, through bites the zombies seem to have no actual desire to eat human flesh. They also seem to be truly dead, rather than merely infected. The zombies also seem very strong, although this could be simply because they are no longer worried about self-harm.Despite the film's quite high rating of 15, it has very little, if any, gore. Violent events are suggested rather than directly witnessed - you know something has happened, but you don't see it happen. It actually seems quite a high rating considering the content of the film, presumably because of the nature of the threat and its constancy which keeps the adrenaline pumping to the end. This is actually quite a tame film for a 15 rating when compared to many others of this rating. World War Z is available in both 2D and 3D; the 2D version was the one seen.Once the film kicks off at the beginning, the action is constant, hopping from threat to threat and location to location with very little let up in between. Consequently, when the film did slow down at the end, it was something of a shock to the system. This film is an interesting and somewhat different take on the zombie genre, even though it may not be as ground-breaking as the novel was. World War Z is definitely a good zombie film, although not as outstanding as it could have been, and it could certainly spawn a sequel. 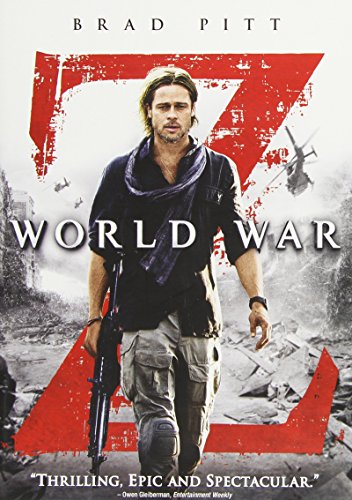