Buy X-Men Origins: Wolverine or other X-Men products cheaply from Amazon. You too can earn money from writing articles by signing up for InfoBarrel.
InfoBarrel is a writing platform for non-fiction, reference-based, informative content. Opinions expressed by InfoBarrel writers are their own.
InfoBarrel > Entertainment > Film > Movies

Certificate 12A, 107 minutesDirector: Gavin HoodStars: Hugh Jackman, Liev Schreiber, Ryan ReynoldsX-Men Origins: Wolverine is a prequel film set before the events of the previous X-Men trilogy. The beginning of the film starts well before Wolverine met up with the X-Men, back in Canada in 1845. Wolverine at that time was called James Howlett. During an altercation, the young Wolverine's claws - at that point simply bone - erupt for the first time and he kills his biological father. James, and his half brother Victor, flee the scene.A montage of scenes during the credit sequence shows the now adult boys, James (Hugh Jackman) and Victor (Liev Schreiber) fight in various wars, from the American Civil War to the Vietnam War. During this period Victor - aka Sabretooth -  is getting more and more unstoppably violent, as he takes pleasure in the mayhem he is causing, until finally, during the Vietnam War, Victor kills a superior officer. James goes to his side, but the pair end up in front of a firing squad - which has little effect on either of them, as they are essentially unkillable.

Credit: https://en.wikipedia.org/wiki/X-Men_Origins:_Wolverine#/media/File:X-Men_Origins_Wolverine.jpgAfter their "execution," James and Victor are recruited by then-Major William Stryker (Danny Huston) to become part of a team of similarly special individuals. Stryker leads the team on various missions, until finally James becomes disillusioned and leaves, moving to Canada and looking for a quiet life. For six years, he manages this, with Kayla Silverfox (Lynn Collins, John Carter), until she is killed. At this point, he agrees to an experimental procedure being carried out by now-Colonel Stryker, a procedure made possible solely by James's healing factor, resulting in him becoming Wolverine and getting his adamantium skeleton, with his bone claws replaced with adamantium ones.The newly created Wolverine goes hunting those who have betrayed him, and he's now practically indestructible, thanks to his healing ability combined with his adamantium skeleton. This results in a fairly significant amount of destruction, as some of those he goes up against are also hard to kill, and a lot of mayhem and property damage ensues.There are both mid-credits and post-credits scenes to watch out for at the end of the film, one of which ties in with the first X-Men film (X-Men, not X-Men: First Class), and some lesser characters are introduced who become greater ones in the rest of the franchise. The film seems somewhat lacking in many areas, and it does seem to be more of an X-Men film than one about Wolverine, despite everything. This is something that Jackman himself apparently felt after the film was finished.Even though deviations from the fictional biographies and events are quite commonplace in cinematic adaptations of comic books, this particular film seems to have some of the greatest divergences of any of the X-Men films, especially with characters such as Wade Wilson/Deadpool (Ryan Reynolds, R.I.P.D., Safe House). Given how popular Deadpool is, such divergences are hardly likely to make the film appeal to hardcore fans. X-Men Origins: Wolverine is big, showy, full of violence and special effects, but is probably the worst in the various X-Men films and it seems that the later films largely glossed over the events of this one. 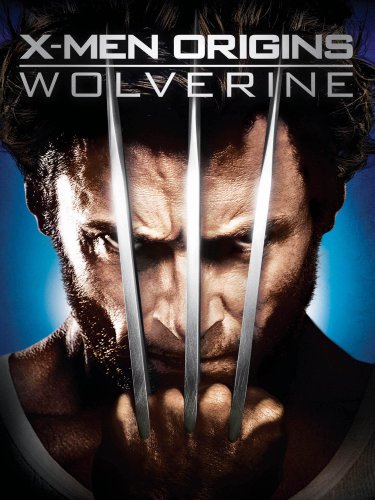