Back when I was a kid, my family used to get in the station wagon and drive for 10 hours or so, deep into central Queensland to stay at my aunt's farm. In those days, back in the 1970s and 80s, there were plenty of unsealed, gravel roads on which we had to travel. This was a jarring, teeth hammering experience, but it also became an essential part of the trip. One we could complain and tell jokes about later.

My aunt's farm, ran sheep and cattle and for a time grew tobacco. As you can imagine, the farm was pretty big; Aussie style big. This fact would be reinforced, when we would arrive at the farm's gate. Usually, it was very late in the evening and yet, despite entering the property, it was another 20 minute drive along a pot-holed road until we got to the homestead. When we did arrive, we all poured out of the car and our farm holiday would begin.

When we went inside the house, usually the wood stove would be on, warming the house and the water for the bath; water which came from the nearby river. The oldies would settle down to a cup of tea, with water from the rain water tank and milk from my aunt's favourite cow, while we kids went to inspect the latest batch of kittens sleeping in the secret alcove behind the old oak wardrobe.

From the farm-house, it was about a 15 minutes walk to an actual street of small houses, warehouses and tobacco drying sheds. The houses were empty, as they had been built for the various farm workers who were no longer needed. Since my uncle had died, the buildings lay empty and deserted. For us kids, this was paradise. I would spend my time in the various little houses, pretending and looking for treasures. My brother and cousins however, would be daring and scaring each other, racing around the giant room with the conveyor belt and climbing up into the loft at the top of one of the decrepit sheds. One particular day however, while they were fooling about in one of the rooms of an empty building, they heard the unmistakable sound of footsteps coming along the tunnel-like hallway toward where they stood frozen. Without introduction, a large goat entered the room. You can imagine the yell which reached my ears from a short distance away.

There were more interesting animals however. Just down a winding dirt track from these houses and sheds, was a lagoon surrounded by trees and bathed in shade. Here, there lived a plethora of bird life, especially ducks of many beautiful colours. Journeying on past this point, lay the river and in the river lived turtles and platypuses'. I used to lay on my stomach, on the river bank and watch these turtles and platypuses' swim about. What I didn't realise, at the time, was that platypuses have venomous stingers on their back feet! But what truly unique animals they are; part bird, part mammal and a little bit of reptile too.

Sometimes, we would row about on the river for a while, or swing over it from a great rope swing, which would thrill and terrify me at the same time. Amazingly, we never had an accident.

At nighttime sometimes, we would drive about the farm and attempt to scare the kangaroo's away from the pastures where the sheep and cattle fed. This involved haring about in a ute (pickup truck) and trying to scare the huge buggers away from the place. Mostly, they ignored us, which is understandable as some of them were up to 2 metres tall and very powerful. There were so many of them though, at night (as they are nocturnal), that I used to wonder where they went during the day.

Farm people often have a bit of a love/hate relationship with the kangaroos, as the great jumping beasts compete with the farmers sheep and cattle for food. My aunt however, would often care for little joey's (baby kangaroos) whose mother's had been run over by cars. We would pop the adorable little creatures into specially knitted pouches and keep them warm near the fire. The problem was, that it was often difficult to make the kangaroo's leave when they got stronger and grew up a bit. My cousins had a few kangaroos who refused to leave the farm, hopping after them wherever they went .

When my uncle was alive, he would experiment with different animals on his farm. One year, he bought these giant pigs which he kept in a pen next to the house. And, on this one particular day, the pigs were in a rampaging mood and stampeded their way out of the pen and for some strange reason burrowed in under the house.  It took quite a few hours for the various men on the farm, to tie ropes around the silly beasts and pull them out of there with a tractor. They did settle down after that. Luckily!

I used to enjoy that time of the year when the shearers would come to gather up the sheep and give them their yearly haircut. The men (they were always men back then), would camp on one of the paddocks and shear the sheep in a great long shed. It was fun to watch, but we were banned by my aunt one year, when my cousin fell in the nearby sheep dip. After that, we climbed up the ladder of a tall, tower-like wheat silo and had a great old-time swimming about in the wheat stored there. Soon, we were also banned from this, when we were told that this was a good way to die of suffocation. But boy was it fun!

Once a week or so, we would travel into town to buy food and to socialize a bit. I would enjoy this 1 hour trip, as we would generally see groups of emus running along beside the car. They are such odd and beautiful birds, with their strange swaying gait. As they glared at me with their beady black eyes, I often wondered where they were going in such a hurry. I never did find out. 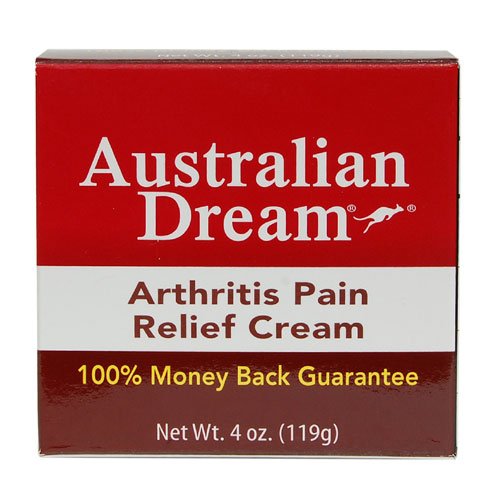 Australian Dream Arthritis Pain Relief Cream, 4 OunceAmazon Price: $29.95 $21.00 Buy Now(price as of Dec 20, 2013)
Australian Dream Arthritis Pain Relief Cream effectively relieves minor arthritis pain, simple backache, strains, sprains and bruises without the unpleasant qualities of many other pain relievers. It causes no painful burning sensation, has no odour and does not leave a greasy feeling behind. 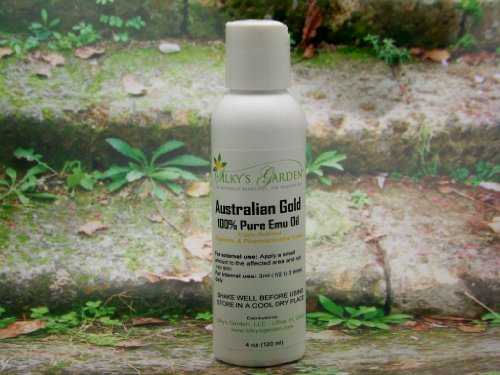