Get the latest Elder Scrolls game, Skyrim, cheaply from Amazon, or buy its predecessor Oblivion. You too can earn money from writing articles by signing up for InfoBarrel.
InfoBarrel is a writing platform for non-fiction, reference-based, informative content. Opinions expressed by InfoBarrel writers are their own.
InfoBarrel > Entertainment > Games > Computer Games

So, after owning The Elder Scrolls IV: Oblivion for a number of years, and six years after it was originally released, I finally got around to making a mod for it.I wanted to add books, being something of a bibliophile personally and liking how much depth there was in the included books. The question was what to add. I decided on (a couple) of small books from The Elder Scrolls Adventures: Redguard that it appeared no-one had added already, and that weren't superseded by books of the same name in later Elder Scrolls games as was done with the books Firmament and Redguards, Their Heroes and History.Rather than just add the text and use a standard included book cover, I decided to go the whole way and create a new texture for the book covers, based on the original graphics from the books in the Redguard game. I also decided to include the illustrations in the original books in mine, and make new icons for when the books are displayed in various menus in game.

TES Construction SetAdobe Photoshop 7 with the free Nvidia plugin for DDS support.NifskopeTexture ReplacerBSACommanderEverything except Adobe Photoshop is free, and that can be replaced with GIMP. I only used Photoshop because I had it.

Creating the new Objects in the Construction Set

Credit: Bethesda SoftworksThe Construction Set was started up, the Data option was clicked and the Oblivion.esm file was selected.First, I duplicated an existing book in Oblivion using the Construction Set. It didn't really matter which book was selected, but a basic one that didn't train any skills was used.

Credit: Bethesda SoftworksThis was done by, after the Oblivion.esm file was loaded, going to the Object Window, then going to Items > Books > Clutter > Books, which brought up a list of books. A book was selected, and then clicked on to bring up the Book window, then the ID was changed. When OK was clicked after doing this, a Create New Object popup appears, asking if a new Form wants to be created. To create a new one in this case, YES was clicked, which creates an entirely new object with a new name, although with most of the originals attributes to start with.

This was not probably not the best way of creating a new book; it is possible to simply right-click in the Object Window which brings up a menu with a "New" option which when selected creates a new, completely blank, book from scratch.After the first changes were made, I saved it as a new plugin file, RedguardBooks, just to make sure I didn't cause any problems by accident with the main file.Once a new plugin file has been created, the next time the Construction Set is opened, as well as the Oblivion.esm file being selected in the Data menu, the plugin also needs to be selected, and set as the active plugin.I renamed the objects several times - unfortunately, I actually duplicated the items several times, rather than renaming them, necessitating the deletion of the original items and their occurrences in container. Clicking NO when asked if a new form was to be created would have just renamed it. The first names were just the names of the books, such as ElvenArtifacts. I then tagged RedguardBook to the beginning, to show where they came from and keep them together in the list, and finally settled on adding EGRedguardBook to the front of the book's name to identify items I had worked on, then identify their source or what they were for, resulting in names like EGRedguardBookElvenArtifacts.

Following the tutorial How To Add Objects For Sale on the Elder Scrolls Construction Set Wiki[1], I created a new container - again renaming it several times as with the new books, with similar mistakes - and added the new books to it. I then added the new container to the selected NPC, in this case Mach-Na of Mach-Na's Books in Cheydinhal. There was no particular reason for picking this vendor as a test, any would probably have done. This was purely for testing purposes; after completing the mod I removed the container. This could actually have been skipped altogether by using the console and the player.additem command; still, I did learn about vendor containers.

After adding the container with the books to a vendor, I was now able to test them in game to see how they showed up. The new items showed up in game fine, at the correct vendor, and could be purchased by the player. The correct text showed up, although it needed tweaking. The images inside the book didn't originally; instead, a pink space showed up where they were supposed to be, which meant there was a missing texture. The cover of the book was one of the standard Oblivion covers, as was the menu icon.

Creating the Texture and Adding it to the NIF

Each item was composed of several files: the NIF (NetImmerse File) and three DDS (DirectDraw Surface) files. One of the DDS files was the book page, which I decided to leave alone. The other two defined the texture of the book; the first is the colour map, the second the normal map.Initially, I tried using files from the mod, Book Jackets: Oblivion by Phoenix Amon, which replaces the standard book covers in Oblivion with ones unique to each book.I eventually gave up on the Book Jackets files until I had a better understanding of NIFs, as the Book Jackets, due to their detail, used more complex textures and larger than the normal Oblivion files, and I hadn't as yet learned how to adjust the size of the NIFs or how the textures fully mapped onto them. Instead, I used an existing mesh, octavo03.nif and its' corresponding DDS files, octavo03.dds and octavo03_n.dds. These were extracted, along with thousands of other files, from the Oblivion - Meshes.bsa and Oblivion - Textures - Compressed.bsa files using BSA Commander.

The next step was to make covers for the books used in the mod. 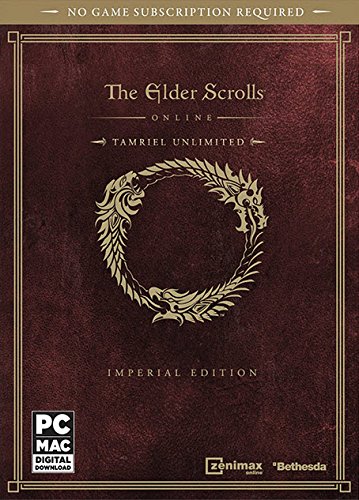 The Elder Scrolls Online Imperial Edition [Download] Amazon Price: $59.99 Buy Now(price as of Jul 12, 2016)
Next >> XCOM 2 - Tips for Effectively Building Your Avenger Base