Earlier this year I realized that I was spending close to $800 per year on cable. I have used several cable and satellite providers, but consistently the price is about $65 per month for the basic package that includes at least the local news as well as network television. After some hard thinking and talking with an influential friend, I took the plunge into the world of cord cutting, canceled my Dish subscription, and bought a TV antenna.

Dish Network was extremely sorry to see me go. They offered me the same service I received for a highly discounted price. Dish Network has also had the best customer service that I’ve ever encountered. It was very tempting and I had to meditate for a while before continuing with my decision. If I knew then what I know now, then I wouldn’t have even hesitated in cutting the cord and canceling my subscription.

Most people are used to seeing the bunny ears that topped television sets in their youth. Those antennas are still out there, but there are many more inconspicuous digital TV antenna designs. Several lay flat on a wall, and others look like a sound bar. Outdoor TV antennas still exist and are more powerful, but this article will not discuss those because of their installation requirements and price.

What exactly do you need?

The first step in cutting your cable cord is research. Look both at what is available as well as what you require. I realized that I only watch some network television (ABC, NBC, CBS) for their evening programming, news and some weekend sports. If you absolutely need specific programming like the Disney Channel, AMC, or CSPAN, look to see if there is an online alternative that carries your programming. HULU and Sling TV are great companies that allow you to stream programs from AMC and HBO. If there are no alternatives out there for your specific programming, then decide whether your programming is worth the whole price of your cable bill.

After you know what your viewership requirements are, you need to know if you receive TV signal at your home. Like radio signal, digital TV signal suffers around tall buildings and in mountains, so consider your natural and man-made landscape, when looking at for station strength. The Federal Communications Commission tracks digital TV reception, and lets you check the estimated signal strength where you live. I’ve found it incredibly helpful.

Using the FCC's guide, I have never had reception issues with strong or moderate signals. Sometimes weak signals will go out, however overall I have been impressed by the number of strong and moderate signals I receive.

After you decided that you need a TV antenna and whether it is amplified or not, pick one to order. Amazon is a great resource. I researched which antennas perform the best and the results are extremely mixed. There doesn’t seem to be any one antenna that blows away the competition because every experiment I could find was highly subject to the location of the antennas. Performance was consistently the same for several different models. So, once you decide if you want an amplified antenna or not, I recommend picking one that has the best user rating. I chose the MOHU leaf and have absolutely no complaints. 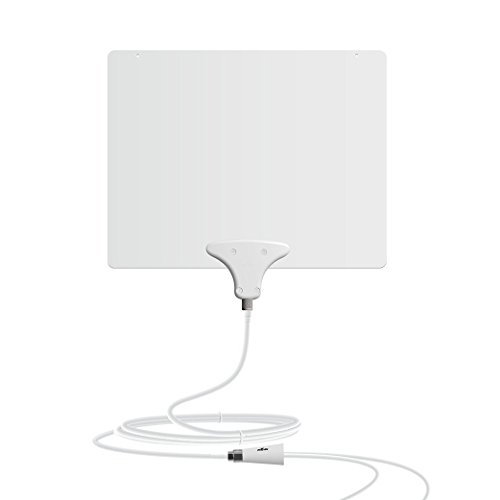 Installation for most of these antennas is too simple. Some just sit next to your television. Others come with an installation kit and hang on your wall. Then you plug your antenna into the television, plug it into electricity if it requires power, and configure your TV to the antenna. I tried three different positions in my living room to see of my reception changed. Some of my weaker stations were affected, but none of them were critical to my happiness, so I hung my antenna in a very inconspicuous spot behind my television.

My experience with the MOHU leaf has been great. I still watch the programming I always did but now I save about $65 per month. And my reception during thunderstorms is better than it was with Dish. In conclusion, if your programming can be found online and/or through a DTV antenna, I highly recommend cutting the cord!

Next >> Suitable Screen Time for Children