Buy The Elder Scrolls Online or the Hitman series cheaply from Amazon. You too can earn money from writing articles by signing up for InfoBarrel.
InfoBarrel is a writing platform for non-fiction, reference-based, informative content. Opinions expressed by InfoBarrel writers are their own.
InfoBarrel > Entertainment > Games > Computer Games

These are my personal favourite series to play, and one of them I've been playing for over 20 years. I haven't bought every single game in these series, although I have come close in some cases, at least for the PC versions, but they are the ones I have enjoyed the most over the years and have spent the most time playing.

This is the oldest of the three series, with the first game being released back in 1991. I purchased the original Civilization game both for the Commodore Amiga and for my first PC, a 386 - it was simply that good a game that it was worth buying again on a new platform.The game was created by Sid Meier and it is a turn based strategy game, where you choose a starting civilisation and ruler - different ones have different advantages - and then develop that civilisation by expanding it, improving technology, building cities and quite possibly eliminating the competition. Your civilisation can start from the dawn of history, where turns take more years to complete, to the present day and beyond. Wonders of the World can be built, which convey benefits, and technology can progress into the near future.

Credit: eGDC LtdThere are different ways of achieving victory, such as by winning the space race and successfully launching a ship to Alpha Centauri or by conquering all the other civilizations. You can keep playing the game after victory has been achieved, for those who want to develop as much of the map as possible. All the games in the series worked on the same basic premise, but there were improvements to later games, with better graphics, more units, more buildings, more civilisation, more Wonders of the World and just simply more of everything.There are many games in the series, once all the games on other platforms and expansion packs are considered. The original Civilization, Civilization II, which came with two expansion packs and an expanded release, Civilization III and its two expansion packs, Civilization IV and another two expansion packs and a spin-off based on Sid Meir's game Colonization, Civilization V with two expansion packs, two games designed for consoles only, Revolution and Revolution 2, Civilization World, a Facebook game and the upcoming Civilization: Beyond Earth, which is based on yet another game by Sid Meier, Sid Meier's Alpha Centauri. Civilization: Call to Power was a sort of sequel published by Activision, but it simply was not as good, and buying this is probably the reason why I don't have Civilization III.From Civilization II onwards, although there are utilities for the original game available, an extensive modding community has helped maintain interest in the older games, as well as expand the latest versions, by creating extra content such as scenarios, maps and units and allowing fans to develop their own settings based on their favourite fictional worlds.[1] 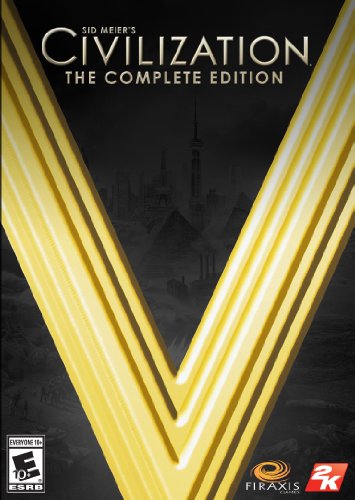 The first instalment in The Elder Scrolls series, Arena, was released in 1994, and it was an open world fantasy role playing game, as were the later games in the main series, where players can, to a large extent, pick and choose where they go and what quests they participate in, although there are limitations depending on what has already been done, or not done. The games feature a main quest series, many other series for different factions, and lots of side quests too, with extensive lands, monsters, dungeons, cities and non-player characters to interact with - or kill. The open world setting means that no two games need be alike.

Credit: eGDC LtdThe three main games from Morrowind, the third in the series, onwards are notable for the user created additions to the games which greatly expand the already impressive amount of potential playing time and maintain interest in the games long after they were originally released, with massive mods such as Tamriel Rebuilt for Morrowind. Some limited modding was possible with Daggerfall at least, but this game lacked the tools provided by Bethesda in later entrants in the series.Arena did not turn out the way it was originally intended, as it wasn't originally intended to be an open world RPG, which is partly why the title and box cover don't really match up with the game - the player was going to travel the world of Tamriel, fighting other teams in the Arena, a type of gladiatorial games. If it had become what it was supposed to be, it's doubtful the series would have seen the success it has. The number of different quest series, side quests, and content unrelated to any quest in particular, means that player can often completely ignore the main story and just do what they want in the world.There are currently five games in the main Elder Scrolls series: Arena, Daggerfall, Morrowind, Oblivion and Skyrim, with several mobile games, two less successful spin-offs released between Daggerfall and Morrowind that had a different style of play, lacking the true open world of the main games, Battlespire and Redguard, and The Elder Scrolls Online has finally taken the series multiplayer with a Massively Multiplayer Online Role Playing Game.Arena and Daggerfall were later released for free; Arena on that release's tenth birthday, and Daggerfall on the series' fifteenth anniversary. These two games were also included in The Elder Scrolls Anthology, which had all five games of the main series, and the major expansions.[2]

This is the newest of the three series with the first instalment, Hitman: Codename 47, released in 2000. The "hero" of this series - more of an anti-hero really - is a genetically engineered professional assassin and not-so-subtle bald man dressed in suit with a barcode tattoo on the back of his head usually known as 47, Mr. 47 or Agent 47. The perspective of these games is generally over the shoulder, except when doing things such as using a sniper rifle, or crouching behind objects, and despite certain similarities with first person shooters, the games are rather less action oriented. There is no bouncing around all over the game area and only the occasional bit of approved climbing or jumping.

Credit: eGDC LtdCurrently, there are five games in the series with a sixth in development; Codename 47, Silent Assassin, Contracts, Blood Money and Absolution. The second game, Silent Assassin, introduced the concept of the Silent Assassin rating, which continued through the series, where the object is to kill your target(s) without being detected at all.There are many different ways of playing the Hitman games. The best way, and the one that gives the highest score, is to only take out your designated target(s), and preferably do it in such a way that it looks like an accident. There are a lot of other things in some of the games that players try to get at zero also, such as shots fired and disguises worn, with the ideal being to get through the entire level without anyone noticing anything, only killing people in a manner that looks accidental, and all while wearing Number 47's trademark suit and red tie.The game has a lot of different ways of killing people such as explosives, guns, knives, improvised weapons, garrottes and poison, as well as "accidents" such as by pushing them off high areas, including out of windows, to the hard ground below. For a true Silent Assassin, no-one even knows that there has been an assassination - the target simply died.Alternatively, you can go completely postal and kill everything that moves, but this is not the way to get the best score. You can play it all ways, as you can replay missions and, after completing later missions and collecting different weapons up to a minigun, these can then be used in replays of earlier missions. Sometimes, there are Easter Eggs on levels which require something from a later mission to get.Given that the player is a hitman, killing people for money, with a variety of methods including shooting them, it should come as no surprise that this is not exactly a family friendly game.[3] 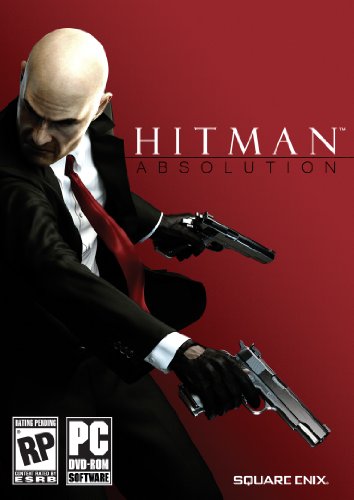