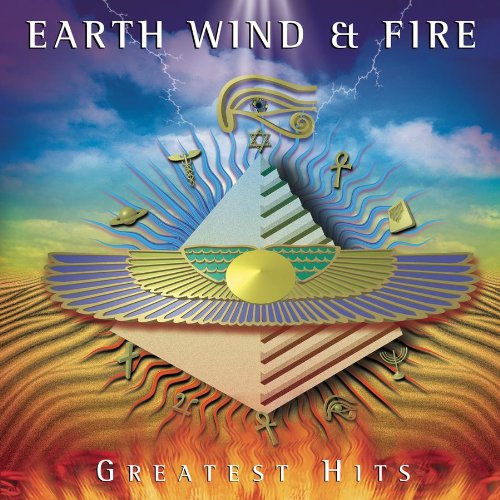 Earth Wind & Fire: Greatest HitsAmazon Price: $9.99 $6.25 Buy Now(price as of Jul 1, 2013)
The group, Earth Wind & Fire has won several Grammy and American Music Awards. They were inducted into the Rock and Roll Hall of Fame and have been ranked at number 60 on VH1's list of the 100 Greatest Artists of Rock N' Roll. Along the way, they produced several hit songs. This is a list of my top ten. Following the list is a brief synopsis of the group's musical career.

The soul group Earth, Wind & Fire was created by band members Verdine and Maurice White, in 1960. They played a series of clubs as the opening act for a popular pop singer and in 1972, the President of Columbia Records, Clive Davis spotted them during a performance at New York’s Rockerfeller Center and signed them with Columbia/CBS Records.

Their first hit single was released in 1974; the song “Mighty Mighty” made it to number 29 on the pop charts. The next single, “Devotion” had a spiritual message and was another popular song for the group.  On April 6, 1974, the group performed at the California Jam, a West Coast rock festival , and collaborated with Ramsey Lewis on his album Sun Goddess. The album reached number one on the Billboard Jazz and Black Album charts.

In 1975, they released the album “That's The Way Of The World,” with hits such as “Shining Star” and “That’s the Way of The World” it became the group’s breakthrough album. The group released a second album in 1975 titled “Gratitude” which included the hit songs “Reasons,”  “Sing a Song” and “Can’t Hide Love.” It was a double album which consisted mostly of live recordings from their 1974 ad 75 concerts.

Their next album, “Spirit” was released in 1976 and included the songs “Getaway” and “Saturday Nite.” In 1977, the band released another album “All 'N All,” which produced the singles “Serpentine Fire” and Fantasy.” They also released a remake of the Beatles’ hit “Got To Get You Into My Life,” which was also a hit for the group.

In 1978, the group released their album “The Best of Earth, Wind & Fire, Vol. 1” which included several of their past hits and new material, like the hit single “September.” In 1979, the band performed "September" and "That's The Way Of The World" at the Music for UNICEF Concert and donated their royalties from one of their songs to UNICEF. They also released another album, “I Am” which was the group’s ninth album and included the song “After the Love Has Gone.” The song won a Grammy Award for Best R&B vocal performance in 1980.

Earth, Wind and Fire released a song during the disco craze called “Boogie Wonderland,” featuring the female soul group The Emotions. While the song enjoyed success, the group’s co-founder, Verdine White claimed his group was not a disco band and said "I guess you could say we were at the party but didn’t get on the dance floor."

In 1980, the group released their tenth album “Faces” which went gold. Then, in 1981, they released their next album, “Raise” which included the hit songs “Wanna Be With You” which won a Grammy Award, and “Let’s Groove.” The group later appeared on the 30th anniversary special of American Bandstand. In 1983, the group released “Powerlight” containing the singles “Fall In Love With Me” and “Side by Side.” Their next album was released shortly after Powerlight, and it was titled “Electric Universe.”  It failed to do well and Maurice White blamed its poor sales to it being released immediately following the album Powerlight. Shortly after the release of Electric Universe, White decided to place the band on hiatus.

During that time, band member Philip Bailey released a solo album titled “Chinese Wall” which included the smash hit single “Easy Lover,” a duet with popular pop singer Phil Collins. The song sold over a million copies and went to number-two on the US Billboard Hot 100. A music video of the song Easy Lover followed, reaching number one on the MTV video playlist and winning an MTV video music award. In addition to Chinese Wall, Bailey recorded some gospel albums and one of his recordings, “Triumph” received the Grammy Award for Best Gospel Vocal Performance, Male.

Philip Bailey was not the only band member working during the group’s hiatus, Maurice White produced the album “Emotion” for mega recording star Barbra Streisand, and the album went platinum. He worked with other notable talents such as Cher and Neil Diamond.

Earth, Wind & Fire reunited in 1987, along with some new members and produced the album “Touch the World,” featuring the songs "System of Survival," and "Thinking Of You." Touch the World went to gold and hit number-three on the Top R&B and Hip-Hop Albums chart, and number 33 on The Billboard 200 and the single System of Survival hit number-one on the Billboard R&B charts. In 1988 the band released “The Best of Earth, Wind & Fire, Vol. 2” a compilation of their hit songs. The final album they recorded for Columbia Records was titled “Heritage,” released in 1990.

In 1993, the group signed with the Warner Bros. record label and recorded “Millennium,” which contained the single “Sunday Morning.” The group was inducted into the NAACP Hall of Fame in 1994 and received a star on the Hollywood Walk of Fame in 1995. Maurice White retired from touring with the band for health reasons, and Philip Bailey became the leader of the group. A studio album, “In the Name of Love” was released in 1997 for Pyramid Records.

In 2000, the group was inducted into the Rock and Roll Hall of Fame and the band’s original members played together again at the event. Also that year, the band played at a White House state dinner held in honor of the King of Morocco.  In 2001, the group released a biography, “Shining Stars: The Official Story of Earth, Wind & Fire,” and after the September 11 attacks on the United States, the group donated $25,000 to the American Red Cross at a September 13th show. In 2002, the band performed during the closing ceremonies of the 2002 Winter Olympics, in Salt Lake City, Utah.

In 2004, Earth, Wind & Fire signed an exclusive record deal with Sanctuary Urban Records Group, owned by Mathew Knowles, father and manager of singer Beyoncé.  They released the album “Illumination” featuring the single “Show Me the Way” in 2005. The group also performed at the Super Bowl XXXIX pregame show that same year.

Earth, Wind and Fire won six Grammy Awards, four American Music Awards, they have been inducted into both the Rock and Roll Hall of Fame and the Vocal Group Hall of Fame, and were ranked at number 60 on VH1's list of the 100 Greatest Artists of Rock N' Roll.

For additional information on other interesting topics see the following articles:

California Workers' Compensation: What to Do If You are Injured at Work
Life After Death The Evidence by Dinesh D'Souza