For information on California Workers' Compensation or Social Security issues, speak to an attorney who is a Certified Specialist.   If you enjoy writing and would like to earn money with your articles, start here: Write for Info Barrel today!
InfoBarrel is a writing platform for non-fiction, reference-based, informative content. Opinions expressed by InfoBarrel writers are their own.
InfoBarrel > Entertainment > People

The Queen of Rock & Soul

Singer Patti LaBelle is renowned for her vocal range; her ability to reach high-octave notes, plus her flamboyant stage performances has made her a music superstar. She has been called the “Godmother of Soul, the High Priestess of Good Vibrations and the Queen Of Rock & Soul.” 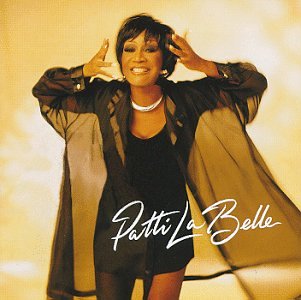 Lady Marmalade
On My Own (duet with Michael McDonald)
Over The Rainbow
New Attitude
Kiss Away The Pain
Somebody Loves You Baby (You Know Who It Is)
Oh, People
Stir It Up
If You Asked Me To
What Can I Do For You? 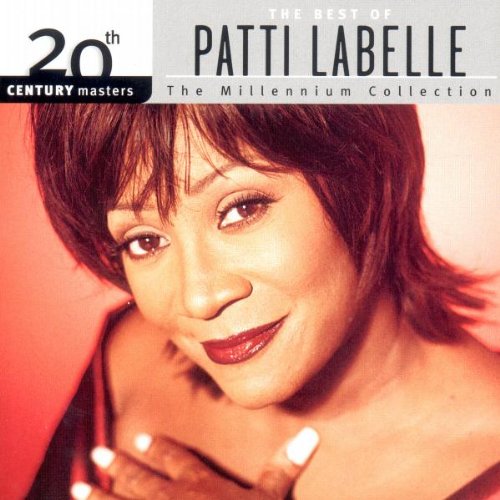 A Brief Synopsis of the Career of Patti LaBelle

Patti LaBelle has been the lead singer of two groups, “LaBelle and the Bluebelles.” The latter received minor success on the pop charts in the 1960s. She also had a successful solo recording career and continues to perform for millions of her fans worldwide.

Her first single, "I Sold My Heart to the Junkman" was released while she was singing for the Bluebelles and it got to number-fifteen on the Billboard Hot 100 list in 1962. The group became a successful draw on the road, earning national fame at The Apollo Theater where they became "Apollo Sweethearts." The Bluebelles had some success releasing forty records, such as their gospel-styled renditions of traditional songs like "You'll Never Walk Alone" and "Danny Boy."  In 1965, the group signed with Atlantic Records gaining some modest success recording Judy Garland's "Over the Rainbow," a song the singer would later record as a solo artist and make it her concert staple.  In 1967, group member Cindy Birdsong left the BlueBelles to replace Florence Ballard of The Supremes, and the hasty decision caused friction within the group. The members of the group did not speak to Birdsong again for nearly 20 years.

The Bluebelles toured England in the mid-1960s and LaBelle met Elton John when his group, Bluesology played background. The group was eventually dropped from Atlantic Records and in the process lost their manager.

In the early 1970s, the group hired a new manager who convinced them to change their image, sound, and name. The group became known simply as “LaBelle” and released a self-titled debut album for Warner Brothers Records. Patti opened for the “The Who” and gained a fan base.  She released two more albums, Moon Shadow in 1972, and Pressure Cookin’ in 1973. After the success of David Bowie and T-Rex, the group changed their look again. They took on a futuristic style, wearing silver costumes, wigs, knee-high silver booths and a great deal of make-up and jewelry. 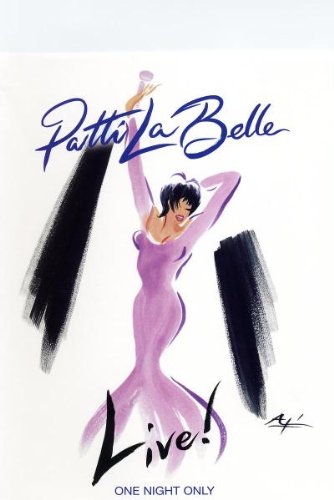 In 1974, the singer released their largest selling album, Nightbirds. It was a mix of rock, soul and funk. Their first number-one hit, "Lady Marmalade," became their biggest and best selling song. After the success of their album, the group went on a successful national tour.  In 1975, Labelle became the first black vocal group to be on the cover of Rolling Stone. The group had some commercial and critical success in the mid to late 1970s, however, they split-up in 1977, after failing to agree on the musical direction.

Later in 1977, Patti released a self-titled solo debut album on Epic Records, this album featured the top twenty R&B dance single, "Joy to Have Your Love." The album received critical acclaim but failed to bring her any commercial success. Other albums which did not provide much commercial success were “Tasty,” released in 1978, “It’s Alright with Me,” released in 1979, and “The Spirit’s in It,” released in 1980. The later album included her now famous single “Somewhere Over the Rainbow.”

In 1982, she starred in the revival of the Broadway play, "Your Arm's Too Short to Box with God," with singer Al Green. She also appeared in a televised play airing on PBS, and recorded the ballad, "The Best is Yet to Come." The song made it to number-fourteen on the R&B chart and garnered her first solo Grammy Award nomination. 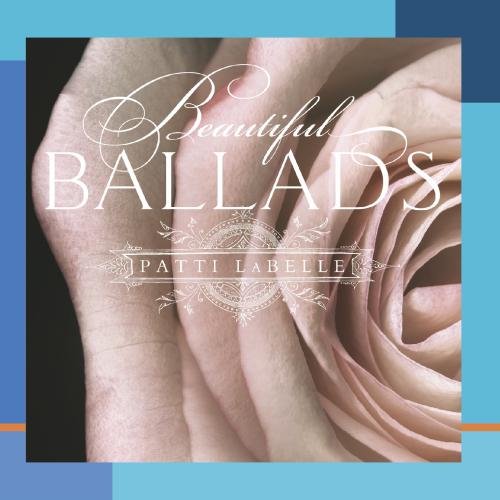 Patti LaBelle’s solo career began to have commercial success in 1983, when she released her first solo hit album, “I'm in Love Again,” featuring the single, "If Only You Knew." It soared to number- one on the R&B charts. She followed-up with the single, "Love, Need and Want You," which made it to the top fifty on the R&B charts. “I’m in Love Again” was her first solo album to be certified gold. In 1984, she recorded the songs "New Attitude" and "Stir It Up" for the Beverly Hills Cop soundtrack. Both songs became hits, with "New Attitude" reaching the pop top 20. In 1985, the singer performed on Motown Returns to the Apollo and the Live Aid concerts, and starred in her first television special, which featured Cyndi Lauper, Bill Cosby and Luther Vandross.

She release her best-selling album in 1986. The album, “Winner in You” was filled with hits like "On My Own," a duet with former Doobie Brother band member, Michael McDonald, "Oh, People," "Kiss Away The Pain," and the dance music chart hit, "Something Special Is Gonna Happen Tonight."

In 1989, LaBelle released the soulful ballad, "If You Asked Me To,” which went to number-ten on the R&B charts. In 1991, she released the album “Burnin’” which won a Grammy Award for Best R&B Female Vocal Performance. The album featured the hits, "Somebody Loves You Baby (You Know Who It Is)," "When You've Been Blessed (Feels Like Heaven)," and "Feels Like Another One." LaBelle also reunited with her former Bluebelles group-mates to record the single “Release Yourself” and “Turn It Out.”

The singer performed at the Super Bowl XXIX halftime show, and in 1996 she recorded a theme song for The Oprah Winfrey Show titled "Get with the Program," which was used by the show from 1996 through 1998. She continued to work and in 2006 she released her long awaited gospel album titled “The Gospel according to Patti LaBelle, which went to number-one on the Gospel chart. In 2007, she was awarded with an Honorary Doctorate from Alabama A&M University for her outstanding music career and civic accomplishments. 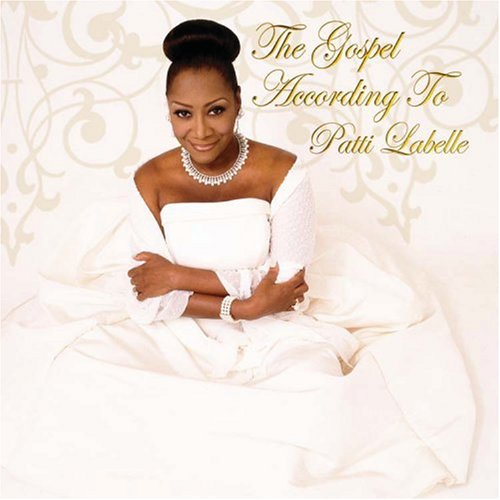 In 2009 she was inducted into the Apollo Legends Hall of Fame, and said "The Apollo is a national treasure, I'm overwhelmed and honored to be recognized on this stage." In 2010, she released a line of products called the "Good Life," and also performed a rendition of Prince's "Purple Rain" as tribute to him at the BET Awards. On September 14, 2010, the singer made a return to Broadway to star in the musical Fela!

For me, Patti LaBelle is the consummate performer, her voice is poetic and her stage persona is outrageously engrossing, you can’t take your eyes off of her. 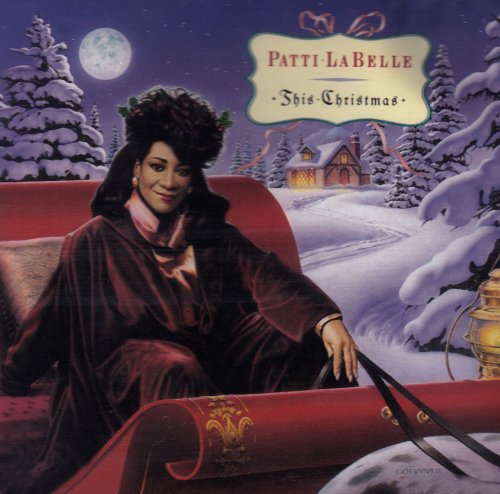 For information on other interesting topics, see the following articles:

How to Make an Edible Watermelon Head