Singer Whitney Houston began her career with a bang, with such hits as "You Give Good Love," and "Saving All My Love For You." Personal problems plagued her, and her career suffered. However, no one can take away her tremendous record breaking accomplishments. 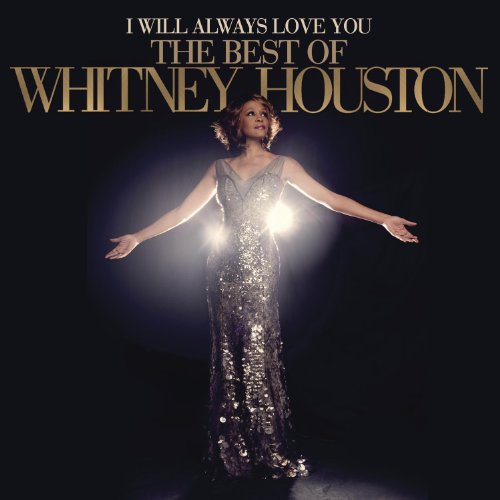 Whitney Houston, an American R&B & pop singer, actress, and former fashion model, has sold over 170 million albums. She is one of the world's best-selling music artists, who began singing with her church's junior gospel choir in New Jersey at age 11. She was discovered by the head of Arista Records label, Clive Davis, while performing with her mother in night clubs throughout New York City.

Her 1985 self-titled debut album, “Whitney Houston,” became the best-selling debut album by a female act at that time. Rolling Stone magazine called the singer "One of the most exciting new voices in years.” The New York Times said the album was "An impressive, musically conservative showcase for an exceptional vocal talent." The release of the single, "You Give Good Love," went to number-three on the U.S. Billboard Hot 100 and to number-one on the R&B Charts.

In 1986, she won the Grammy Award for “Best Pop Vocal Performance, Female” for the single "Saving All My Love for You." Houston performed the song at the Grammys that evening and that performance earned her an Emmy Award for Outstanding Individual Performance in a Variety or Music Program in 1987.

Whitney’s debut album “Whitney Houston,” is listed as one of Rolling Stone's 500 Greatest Albums of All Time, and is in The Rock & Roll Hall Of Fame's Definitive 200 list. USA Today calls Houston’s entrance into the music industry “One of the 25 musical milestones of the last 25 years.”

She followed-up with the album “Whitney” in 1987, debuting at number-one on the Billboard 200 albums chart. Her first video for the hit single for "How Will I Know" played prominently on MTV. The album enjoyed commercial success, and she became the first female artist in music history to debut at number-one on the US and UK album charts. The album's first four singles, "I Wanna Dance With Somebody (Who Loves Me)," "Didn't We Almost Have It All," "So Emotional," and "Where Do Broken Hearts Go" all reached number one on the US Hot 100, giving her a total of seven consecutive number one hits, and breaking the record of six, previously shared by The Beatles and The Bee Gees.

Her third album “I’m Your Baby Tonight,” was released in 1990. She performed "The Star Spangled Banner" at Super Bowl XXV, in 1991, which VH1 listed as the 12th greatest moment that rocked TV.  A recording of the song was released as a single and it reached the Top 20 on the US Hot 100, making her the only act to turn the national anthem into a pop hit of that magnitude. The singer donated all her share of the proceeds to the Red Cross, and was named to the Red Cross Board of Governors. In that same year, she performed in the Welcome Home Heroes concert in conjunction with HBO, for the soldiers fighting in the Gulf War and their families. The free concert took place at the Naval Station Norfolk in Norfolk, Virginia in front of 3,500 servicemen and women.

The singer married R&B singer Bobby Brown in 1992, and gave birth to a daughter the next year. They had a tumultuous marriage and Brown had several run-ins with the law, and spent time in jail.

Houston also starred in the feature film “The Bodyguard” alongside actor Kevin Costner, and recorded the original soundtrack for the movie, winning the 1994 Grammy Award for Album of the Year. The single, "I Will Always Love You," written and originally recorded by Dolly Parton in 1974, became the best-selling single by a female artist in music history. She followed-up with the singles "I'm Every Woman," and "I Have Nothing," which both made it to the top five. Houston also starred in the films “Waiting to Exhale,” and “The Preacher's Wife.”

In May 2000, “Whitney: The Greatest Hits” was released and the double disc set went to number-five in the United States and to number one in the United Kingdom. Houston signed the biggest record deal in music history with Arista/BMG in 2001, with an estimated $100 million for six new albums.

In 2002, the singer did an interview with Diane Sawyer to promote her then-upcoming album. The interview was the highest-rated television interview in history. During the prime-time special, she spoke about the rumored drug use and her marriage. When asked about the drug rumors she replied, "First of all, let's get one thing straight. Crack is cheap. I make too much money to ever smoke crack. Let's get that straight. Okay? We don't do crack. We don't do that. Crack is wack."

In 2005, she infamously appeared with husband Bobby Brown in the reality TV program, “Being Bobby Brown,” on the Bravo network. The show only ran for one season.

In 2007 Houston divorced Brown and was granted custody of their daughter. She released the album, “I Look to You in 2009. She appeared on the Oprah Winfrey season premiere in 2009 and discussed the drug rumors and her marriage. She also appeared on the American Music Awards in Los Angeles and performed on the “Dancing With The Stars” season 9 finale.

Whitney Houston has had great highs and lows in her career, but the lows should not take-away from her enormous accomplishments. Her hit songs will continue to delight audiences for years to come. 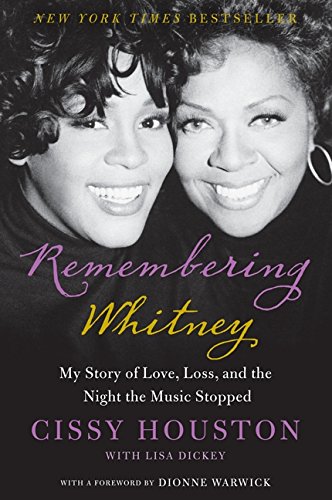 For more information on other interesting topics, see the following articles:

If You Can't Say Anything Nice, Whisper! The Art of Gossip