My Writing Progress Report for January 2017

In January I published 25 articles on the general site (10,906 words), 7 articles on the science fiction site (3,216 words), 4 role playing game supplements (11,858 words), 1 InfoBarrel article (1,650 words), 1 bitLanders article (941 words) and 1 blog post (589 words). This was the lowest number of articles I have posted on InfoBarrel in a long time. It may even be the lowest number since I started publishing on the site.

The total number of words written in January was 49,852, up substantially from December.

AdSense income was £3.77, down quite a lot from December. The majority of this was from the electronics site,

as usual, but there was also a bit from the clothing site and tiny amounts from the science fiction site, the general site and Daily Two Cents. AdSense income as a whole, including YouTube revenue, was down, but this isn't a surprise in January.

Credit: MorguefileIncome from Tier 1 and Tier 2 advertising on InfoBarrel is still not known for certain. It currently stands at $10.47, and this is claimed to be finalised. If it is, this is absolutely appalling. January saw the site redesign being rolled out, which replaced most, if not all, of the ads with large horizontal banners; not an ad type known to perform particularly well any longer. The previous ad types generally perform better, and the claims made by the owners that they are selling out their ad inventory would appear to be false going by the ad types being seen now; poor quality AdSense ads. The new design did not look like it was well designed for advertising, and if that figure is final, then this is definitely the case.

There were 48 shipped items, after deducting three returns, from Amazon US in January, earning $44.01, down from both December and January last year. This was enough to reach the 6.5% referral level again. which made a bit of a difference. The majority of the sales were from the electronics site, but there some from InfoBarrel (which is still a concern, considering that there has still been absolutely no update from admin) and a few sales from the general site.There were no sales on Amazon UK in January, although earnings were actually up from this time last year, as they were negative for that period, due to some returns. 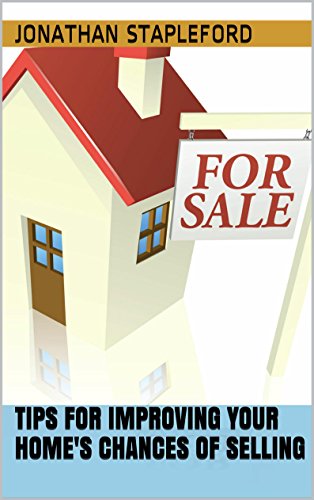 Tips for Improving your Home's Chances of Selling Amazon Price: Buy Now(price as of Feb 27, 2017)

I published the four new role playing game supplements mentioned earlier on RPGNow in January. There were 149 sales across 59 supplements earning $115.24 after RPGNow's cut, slightly higher than December's. There were a couple of moderately decent purchases of multiple supplements towards the end of the month and one of the new releases was better than average, but a fair amount of income came from the first Pathfinder release and my most expensive supplement released to date. Both sold well in January; here's hoping this continues.Once again, no real progress with Kindle ebooks, and no income to report.

Nothing was published on the electronics site in January, but it once again accounted for the majority of the AdSense and Amazon income.Nothing new was published on the clothing site, but it had the second highest amount of AdSense income. This was still well below that of the electronics site though, and was down from December.I published 31 posts on the science fiction site, including the seven articles mentioned previously, and the site earned a tiny amount of AdSense income.I published 4 posts and 4 pages on the RPG site, but it didn't generate any income or sales during the month.Nothing new to report on the writing site again.

I published 42 posts on myLot and earned $2.35, up quite a bit from December and the second best month since I returned to the site.

I published 61 blogs, including the previously mentioned article, and 34 microblogs on bitLanders. The article was submitted for review and got 3/5 stars, which was what was expected. bitLanders, at the end of January, changed the rules so that all blogs now need submitting for review. This means that the number of blogs published next month is going to be much lower - most are in the 1-200 word range which are worth publishing on the site but probably not submitting for review (which will cost money), as they are unlikely to get even a 1/5 rating without extensive modification.

I published the 25 articles mentioned earlier on the general site. These were all quite short articles, in around the 350-500 words range. The site made a bit of money from a few Amazon sales and generated a tiny amount of AdSense income. I am rapidly increasing the amount of content on that site, although admittedly it is mostly on the subject of role playing games currently. I still have articles from other sites I plan to republish here, and it's probably going to get material that would formerly have been published on InfoBarrel.

I have enough role playing game supplements written to take me to the end of February, including my second Pathfinder supplement. Beyond that it's looking a bit scant at the moment, in terms of work that might be completed quickly, although I do have quite a bit of art ready to publish. I do want the art to be published alongside regular supplements, not in place of them however.I plan to publish the last of the former Bubblews posts on the clothing site and start adding new. I also need to start moving old posts into the new layout.The sole article that was published on InfoBarrel last month was last month's progress report. I am still uncertain about even publishing these on the site; I may well move them to my blog where I may see more benefit from them. Certainly I'm not seeing much value publishing here any longer, with all the recent changes that have been designed to reduce the ability to earn. The site is probably keeping a greater percentage of advertising revenue than it was before; previously it was possible to get a 95% share of some of the advertising; this would now appear to be only 75%.