Ben has been a published Pathfinder author in the past, and has been playing RPGs since Grade Six, which was a simply terrible number of years ago.
InfoBarrel is a writing platform for non-fiction, reference-based, informative content. Opinions expressed by InfoBarrel writers are their own.
InfoBarrel > Entertainment > Games > Board Games

If there’s one thing role-playing game characters need, it’s motivation. But if there’s two, they’ll also need a place to go. In most RPG, sooner or later the characters end up seeking out ancient ruins, lost temples, and forgotten monuments. Depending on your game of choice, such sites might be full of monsters to slay, treasure to collect, allies to recruit, powerful artifacts to endanger the planet, or all of the above.

Often, you can use real-world locations to inspire locations you can use in your game, adding a touch of verisimilitude. Here, we’ll discuss the use of Göbekli Tepe[1], an archaeological site atop a mountain ridge in the southeastern Anatolia region of Turkey.

Very little is known about the people who originally constructed Göbekli Tepe. At 11,600 years old, Göbekli Tepe is among the oldest structure ever found, and predates metallurgy, pottery, and the wheel. There are those who say that it may be Humanity’s first temple, the origin of our first true city, or that the effort to build it may have helped spur the creation of agriculture. Interestingly, the site was covered over with rubble about a thousand years after it’s creation, although like much about the site, the reason it was deliberately buried away remains unknown.

The site itself consists of a series of circular structures built adjacent or short distances from each other. Many of these are built in concentric circles, with construction having started with the larger, more exterior circles and worked “inward”. Large T-shaped “support” columns are spaced along these circles, and are thought to represent ‘ancestors’ in a deity-like fashion. The walls and columns are decorated with bas-reliefs of animals - in particular, vultures, boars, snakes, spiders and scorpions. There are only limited depiction of prey animals of the region, unusual in stone-age construction. It’s also interesting in that the pictographs include lions - an animal that is not native to the region near Göbekli Tepe.

One of the theories of Göbekli Tepe’s origin is that the whole complex may be a massive, shared necropolis for tribes in the area (or even hundreds of miles away), although no burial chambers or tombs have been revealed so far. Others believe it may also have been a cultural or religious center, possibly for a shamanistic, ancestor-worshipping belief system. Some suggest that it’s the location where agriculture, animal husbandry, and weaving originated. While many suggest that the site was used strictly for religious purposes, others suggest there’s evidence of habitation, possibly directly at the site or close by.

Göbekli Tepe in Your Game

In a fantasy game, of course, the most obvious use of Göbekli Tepe is to fill it chock-full of undead, and give your PCs a reason to go there. The construction, by it’s very nature, suggests something from a much earlier time than the typical pseudo-medieval setting of a fantasy game, making the site a good place for a forgotten artifact or lost relic (possibly related to the destruction, or creation, of the undead).

Of course, the site may have historical importance in your game world, perhaps revealing that civilization is substantially older than the common wisdom states. Maybe Göbekli Tepe secrets of that forgotten time - a people that have somehow avoided being discovered before, worshipping gods other cultures have long thought lost to the sands of time.

It’s also possible that another intelligent group of beings have overtaken the ruins. While they may have originally been a place of worship or a burial site, perhaps the new residents have repurposed them into something more defensible. The nearby structures and concentric, circular design can make an interesting setting for to stage a running battle against a numerically superior foe, while the layout also weakens some generally effective tactics, like area of effect spells.

Finally, it’s possible a long-entombed guardian may survive within the ruins. While undead creatures or mechanical constructs come to mind for longevity, it also might be the lair of a wise naga, sphinx or extraplanar being, bearing secrets that are no longer common knowledge. Perhaps the characters must seek out the oracle’s wisdom, or maybe instead they have to prevent others from doing so.

In addition to it’s wonderful importance to our understanding of early human history, Göbekli Tepe presents dozens of potential uses and plot hooks for your Pathfinder game. The characters in your game might make use of the site to recover ancient wisdom, forbidden knowledge, or vast wealth, but your players will likely enjoy the chance to walk through history alongside them. 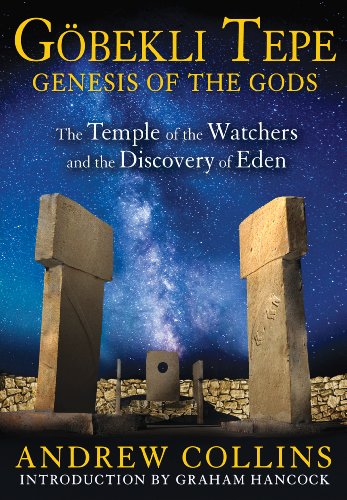 Gobekli Tepe: Genesis of the Gods: The Temple of the Watchers and the Discovery of Eden Amazon Price: Buy Now(price as of Jun 25, 2016)
Next >> Tokaido Boardgame Review