The Great Wall of China is one of the marvels of the world.  Like the Great Pyramids in Egypt, the great structure  holds many wonders as to its construction and purpose.  As with any structure of this type, people are curious as to its origins and over the decades many myths and legends take hold and increase its mystery. 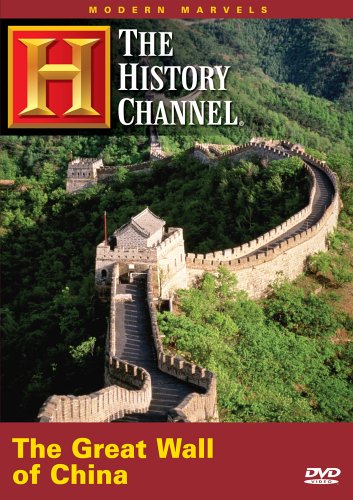 Coming in at number ten is the myth the concept of one giant wall and the name came directly from Chinese tradition.  Historian Arthur Walden established this is not true.  The name of the barrier instead came from European sources who idealized it.  According to Walden, it rarely appeared in Chinese art before the twentieth century.[1]

Number nine is the myth the Wall was able to keep all invaders from entering China.  The fact is, Genghis Khan was able to travel around the barricade through unbuilt sections and not only invade China, but control it and parts of Asia and Europe during the Yuan (Mongol) Dynasty (1206-1368).  The barrier was not important to the Mongols as a military resource; however, soldiers did use it to protect merchants traveling along trade routes.[2]

Coming in at number seven is the legend the Wall’s course was traced out by a dragon and the tracks were followed by the builders.  There is of course no proof of this.  The structure was built in sections to protect specific states in China, so though it is an interesting tale, it is highly unlikely to be true.   However, China reveres the dragon as a protective divinity.  It symbolizes springtime and energy and in Chinese tradition, the dragon formed the mountains and the shape of the land.  Thus, the wall is often compared to a dragon.[1]

Rounding out the first five is the legend of Meng Jiang Nu.  According to the tale, she was the wife of a farmer who was forced to work on the building of the barricade during the Qin Dynasty. After hearing of her husband’s death while working on the structure, she cried until the wall collapsed and when it did so, it revealed his bones so she could bury them.  This legend continues to be told through the generations and no one has disputed it to date.[1]

Counting down to number one, the number five myth is slaves were used to build the structure.  In a sense this is partly true. The manpower to build the barrier was comprised of frontier guards, disgraced noblemen, the unemployed, farmers and convicts.  Many of the workers were not given a choice and therefore could be considered slaves, though in the truest definition of the word, they were not “owned.”   During the Qin and Han Dynasties, a special penalty existed to sentence convicts to work on the structure.[2]

Credit: photo courtesy of Sam Hakes, Source: morgueFileMany believe the great barricade in China is one long continuous barricade built all at once.  Actually, the structure is comprised of a network of segments built by the various dynasties over hundreds of years.  Originally, the barrier was designed to protect the northern borders of China.  Each dynasty after the Qin added to the barricade, but it is this break in continuity which allowed Genghis Khan to simply travel around the mighty structure to conquer the Chinese.  The total length of the wall measures almost four thousand miles (6,200 km), but this includes side branches not contributing to the west –to-east length.   If natural barriers such as mountains and rivers are included, the wall is estimated at 5,500 miles (8,850 km).[4]

Travel the length of the China's Great Wall

Credit: photo courtesy of Violet Winters, Source: morgueFileComing in at number three on the list is the myth the Wall is made entirely of bricks.  This is not true.  When work began on the structure in the Qin Dynasty, the materials used were rammed earth, adobe and stone.  It was only after the Ming Dynasty bricks were used.  Approximately 70% of the Wall is made from the earlier materials.[1]  The Chinese invented the wheelbarrow to help bring the materials to the workers to use for the structure.[1]

Closing in on the number one myth about the massive barricade, the number two spot is the myth the mortar used in the structure was made from human bones and workers who died during the building of it are buried in the Wall to make it stronger.  The actual mortar used for the barricade was made from rice flour and no human or any other type of bones have ever been found in any of the sections of the Great Wall.[1]

# 1 Myth of the China's Great Wall

Credit: Photo courtesy of NASA, Source: Wikimedia Commons This brings us to the number myth and this may surprise many folks.  The myth is the China's Wall is the only man-made structure visible from outer space.  This is not true.  It is not visible to the unaided eye in low Earth orbit and it definitely is not visible from the moon.[3]  NASA’s chief scientist for Earth observation at Johnson Space Center in Houston, Kamlesh P. Lulla explains the mighty structure is hard to see and photograph because it is made from material much like its surroundings.  This myth started as early as 1938 and it wasn’t until the actually lunar landing it was dispelled. Apollo 12 astronaut, Alan Bean said, “The only thing you can see from the Moon is a beautiful sphere, mostly white, some blue and patches of yellow, and every once in a while some green vegetation. No man-made object is visible at this scale.”[3]

The Great Wall of China is still an awe inspiring structure even if the myths and legends are dispelled.  The might structure is located in Northern China from the From Shanhai Pass (39.96N, 119.80E) to Jiayu Pass (39.85N, 97.54E).[4]  The most popular stretches of the Wall are the sections near Beijing at Badaling.  Millions of tourists visit there  each year and China has embraced the structure as its biggest and most popular tourist attraction.

The copyright of the article Myths and Legends of the Great Wall of China is owned by Cheryl Weldon and permission to republish in print or online must be granted by the author in writing.

Tour sections of the Great Wall of China

3d The Great Wall Of China 3 D PuzzleAmazon Price: Buy Now(price as of Jun 28, 2013)
Next >> A Guide to Chongwu - The Last Remaining Coastal Fort of Southern China