Native Americans were known for their religious use of the natural herb. They carried bags which they called medicine bags everywhere with them for quick use. These bags were filled with roots, leaves and flowers of the most medicinal and healing value. We can learn so much about herbs from how the Native Americans used them as herbal remedies.

They used Calamus for coughs, colds, and fever. They even chewed on it for a toothache. This is a bitter herb so it wasn't  pleasant tasting, some may not enjoy it. Its benefits are so worth a little bitter taste though. This herb is also known to help sinus problems.

The Chippewa Indians used Anise Hyssop as medicine for their coughs and colds, as well. The Cree tribes used to carry the flowers from this herb in their medicine bags with them. You can use Anise Hyssop in a tea form or even put the leaves in salad as an herbal remedy.

The butterfly Weed was used for such things as bronchitis, congestion and trouble breathing. The Indians chewed this in small doses. It assisted in the common cold to Pneumonia. This was a very useful herb for the Native Americans.

The herb known as False Indigo was considered by Native Americans as a cancer herb. This has also been used for bacterial infections. It was known for its similarity to Echinacea. They used the roots and leaves of the False Indigo for herbal remedies. You can find this herb in capsule or pill form at natural health stores.

Blue Cohash was used often by the Algonquian tribes for their women. It was considered to decrease the pain of labor. This also was used for any pain involved with the uterus. The berries of this plant are poisonous and were not used. This herb increases the blood pressure as well so it's not recommended if you have high blood pressure. You can find this in capsule or pill form in herbal stores.

Black Cohash was also used to assist in labor in the Native American realm. This was not used only during labor. Black Cohash has many uses including menopause symptoms.

The Stone Root was one of the herbs that they showed the settlers how to use. By boiling the roots and leaves, they used the medicine to clean cuts and open wounds. Its antiseptic properties served a good purpose for them. Another way the Indians used this herb for herbal remedies was to help with kidney stones. This is available in capsule and powder form at your local health store.

The American Indians learned many things from our earth. They learned that nature or natural things from plants and trees could bring healing. 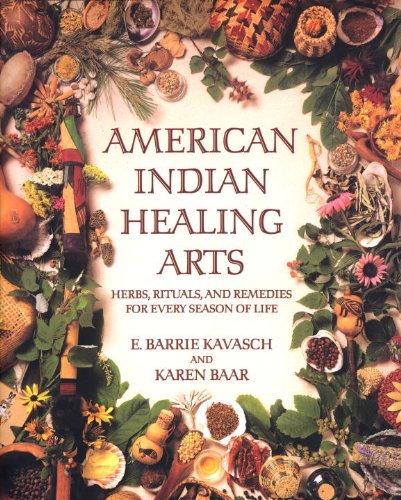