Enjoy movies and television in your free time.   Find your voice writing for Infobarrel.  Sign up here.
InfoBarrel is a writing platform for non-fiction, reference-based, informative content. Opinions expressed by InfoBarrel writers are their own.
InfoBarrel > Entertainment > Film > Movies

Netflix: Great TV Streaming Content and a Pile of Dredge in Films

Jenji Kohan, the creator of Orange is the New Black, now available on Netflix.

Good Movies are Hard to Find

My girlfriend and I decided to watch a movie on Netflix the other night.  I turned on the tube and we started scrolling through the movie fare.  I noticed on another occasion that finding a movie for us to agree on and watch was a laborious task.  I wondered if perhaps we had differing tastes in film.  This search was the same, everything was a big fat NO.

It dawned on me that most of the movies available as streaming content were dogs.  They aren’t just middle of the road quality flicks, Netflix makes the list by scraping from the bottom of the lowest part of the bad movie ditch.  The problem is that "destination watching" with someone else doesn't lend itself to viewing streaming TV shows.  If your partner has never seen a series you’re currently binge watching, you have to start over from the beginning.  Plus, watching a feature-length film works better when done together instead of stringing several TV shows together.

To understand the quality discrepancy between the streaming TV shows and the movies, you can check out the list of new releases.  We may each have our preferences about what we like or not, but we can usually see as a viewing public what is poor quality.  Here is a comparison of new releases of TV shows and films:

A series created by Jenji Kohan, who also created Weeds.  This series follows a well to do woman from New York tossed into a women’s prison.  The critical reviews have been good.[1]  The series has actors I’ve seen, such as Jason Biggs of American Pie fame and Laura Prepon of That 70’s Show.  I plan on checking this out soon.

A mysterious woman moves to a North Carolina town and can’t get away from a scary secret.

Credit: wikipedia commons public domain - Daniel Ogren at http://www.flickr.com/photos/fast50  I never heard of this movie, starring Josh Duhamel and Julianne Hough, from the time of its release.  The film has a four out of five-star rating on Netflix, yet scored in the mediocre at the box office and with the critics.  Sappy describes the sentiment on this effort.[2]  This is a Netlix fail.

Credit: wikipedia commons public domain - David Shankbone http://blog.shankbone.org/about/This TV sitcom is a 90 episode series starring Amy Poehler.  While I’ve never watched a lot of this show, it is generally considered a good one and a nice addition by Netflix.  I approve.  I may even catch a few episodes in some spare moments.

This documentary details the killer whale care and treatment at Sea World.  The film attempts to show that an “accident” in which a whale killed a trainer was avoidable.  This film is critically acclaimed by most everyone, except for Sea World executives, who find it annoying and bad for business.  Apparently, musical performers like the film because the new “in” thing to do among the music set is to cancel scheduled Sea World appearances.  Netflix did well on this one.

This show starring Kerry Washington is very popular and is well reviewed.  It’s a great TV show with political intrigue and sexy scenes.  This could be a destination for some binge viewing soon.

This is a 2013 flick starring Kristen Bell.  While she is a fine actress, I think she did this one to fulfill a

Credit: wikipedia commons public domain - http://commons.wikimedia.org/wiki/User:Dysepsionstudio obligation or to otherwise get a check.  When "drowns in its own boredom"[3] shows up in a review you should go in another direction.  This movie is symptomatic of Netflix film bottom feeding.

This series starring Danny DeVito is raw and funny.  The Philly bar characters are goofballs who manage to screw up everything they touch.  I could watch many of these episodes again.

I’ve at least heard of this Tom Cruise film.  I also didn’t want to see it when it came out.  The

Credit: wikipedia ccmmons public domain - http://houndstv.com/wp02 Jack Reacher character in the book series written by Lee Child is a big burly kind of guy.  It seemed central to his persona.  The only thing big about Tom Cruise is his paycheck here.  This flick is another Netflix miss, but not in the deplorable film range.

This serial killer with a purpose television series is very well received.  Michael C. Hall is great as Dexter, the crime lab blood splatter expert.  The series is different in that the killer is

Credit: wikipedia commons public domain - http://www.flickr.com/people/gudlyf/not totally a bad guy, but he is a serial killer.  I started watching this once and will get back to it again.

This FX series follows the guys and gal involved in a fantasy football league.  I’ve watched some episodes and it’s a funny show.  The football part is superfluous.  The characters are amusing together.

This is a 2013 movie starring Julianne Moore, one of my favorites.  She has made many fine

Credit: wikipedia commons public domain - nicholas geninfilms.  Alas, this dredge master is not one of them.  Netflix got the big dredging scoop out for this one.  The movie was a clunker at the box office and critics saw the film as a sitcom without the laughter.[5]

This motorcycle gang inspired show starring Charlie Hunnam is very good, even if you aren’t a fan of biker gangs.  It has good intra family drama between stepfather and rival stepson, as well as mother and son disputes.  This is a great HBO series.

Credit: wikipedia commons public domain - David Shankbone at http://blog.shankbone.org/about/The title says it all for this 2012 flick starring Julia Stiles.  Four couples face the end of the world together.  While Indy movies are often fun, Netflix seems to dominate the “not critically acclaimed” portion of this genre.  The end can’t arrive soon enough.[6]

While Netflix is still inexpensive at around $10.00 per month, the movie listings available for streamed viewing definitely are examples of “you get what you pay for.”  With Netflix, if you want good series television for streaming you do receive good quality.  As to movies, dredge is the word.  The good films are rare.  The quality movies you do find, you’ve probably already seen. 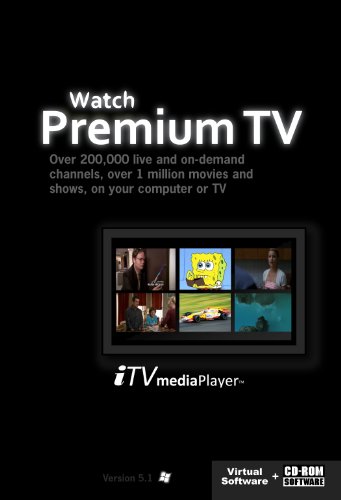 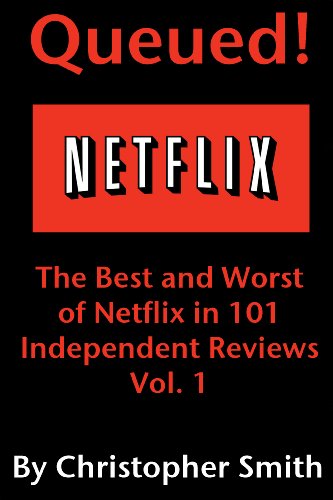 Queued! The Best and Worst of Netflix in 101 Independent Movie Reviews, Vol. 1 Amazon Price: Buy Now(price as of Jun 12, 2016)
Next >> Movie Review: The Girl on the Train