Deborah Diane is a freelance writer from Orange County, California, and the author of a helpful retirement blog:  Baby Boomer Retirement Order Deborah Dian's Kindle books from Amazon or on her blog: "Your Guide to a Fabulous Las Vegas Wedding" "Romantic Budget Wedding Ideas" "The Parrot Trap: A Children's Story" (Gently Teaches Stranger Danger) "The Mayor and the Garbage" (Teen fiction) "Dangerous Lies We Tell to Children and Ourselves" Twitter: www.twitter.com/DeborahDian
InfoBarrel is a writing platform for non-fiction, reference-based, informative content. Opinions expressed by InfoBarrel writers are their own.
InfoBarrel > Technology > Audio & Video > TVs

Imagine how exciting it could be to watch 3D movies in high definition from the comfort of your own living room. With more 3D movies being created every year, as well as old classics being remade using 3D technology, the possibilities seem limitless.  There is even the possibility that someday television shows may be available in 3D.

Amazon has just released a list of their more popular HD3D television sets. These high definition TV’s with the capability of showing 3D movies in your home are the latest trend. You no longer need to see a movie in the theater in order to enjoy features such as large screens and the thrill of 3D. These televisions are available from your local distributor or they may be ordered online.  See the ads at the end of this article or use this direct link to HD3D televisions  to learn more and see a variety of the TVs that are available from Amazon.

Shown below are the TV’s that Amazon recently recommended for customers who are looking for a new high definition 3D television.  The most recent choices available are in the ads at the end of this article.

Panasonic Viera 42 Inch 3D television with full high definition. It comes with four pairs of polarized 3D glasses. It has an LED panel as well as built-in Wi-Fi and a web browser. On Amazon, this set has 36 reviews with an average score of better than four out of five. Of the people who reviewed it, 21 gave it a perfect five star rating. One of the better reviews said that the screen seems brighter than a plasma display, yet it doesn’t draw the energy required by a plasma television. Another reviewer said that he found good gaming, good picture and good 3D with the set, but felt that there was banding in the background that bothered him. Therefore, while most people have been very happy with these sets, there are a few complaints.

Panasonic Viera 50 Inch and 55 Inch 3D plasma television with full high definition. This Panasonic set also comes with Wi-Fi and a web browser. There were 126 customer reviews of the 50 Inch set with an average score of better than four out of five stars. Of the 126 reviewers, 86 gave it a perfect score of five stars. One of the best five star reviewers said that he was amazed by the picture quality, black levels and how the colors popped. However, another reviewer only gave the set three stars and commented that there was an audible buzz that bothered him.

LG Cinema Screen Cinema 3D television in either the 47 inch or 55 inch size with LED-LCD high definition. This set comes in a smart TV configuration. It is shipped with six pairs of 3D glasses. LG advertises their smart TV technology as being revolutionary. It makes it possible to access almost unlimited content including thousands of movies, customizable apps, and videos. You can also browse the web on your television. Their unique Magic Remote allows you to wave your hand or use a wheel to scroll through the menu selections. The 47 inch television has 185 customer reviews that averaged more than four stars out of five. One of the best reviews said that using this television is as good as going to the movie theater. One of the negative reviews mentioned that the owner did not like the plastic bezel that surrounds the television. He loved the colors shown on the screen, but felt that the black levels were not the best.

Samsung 55 Inch Slim LED high definition 3D television has an LED backlit display. It is a smart TV with built-in WiFi and, like the others, can be used to watch both 2D and 3D programming. This television does not score as highly as the others. It had 72 reviews and received a score of a little over three out of five. Only 28 of the reviewers rated it five stars and 18 of the reviewers only gave it one star. One of the best reviews said that the television worked flawlessly and that it was amazingly simple to set up. Even one of the worse reviews said that the picture was incredible, although the owner saw some spotlighting in the corners when the credits of a movie were running. Later, the negative reviewer updated his review to say that the television’s voice recognition technology had a lot more capabilities that he had originally thought. However, he also wished that the set came with more apps, especially Yahoo apps. Perhaps later versions will have more choices available.

All of this information and more is courtesy of Amazon’s fact sheets and reviews. Before making a large purchase such as a television set, it may be advisable to check out the sets in person at a distributorship or big box store in your area. Once you have made a decision, you can then shop for the lowest cost set by comparing the local prices with the prices that are available online. You will need to take shipping costs into consideration if you purchase your television online, and you need to feel confident that you can handle any installation and set-up issues on your own. However, sometimes the discounts are significant and you can find an exceptional deal when purchasing large items like televisions online. 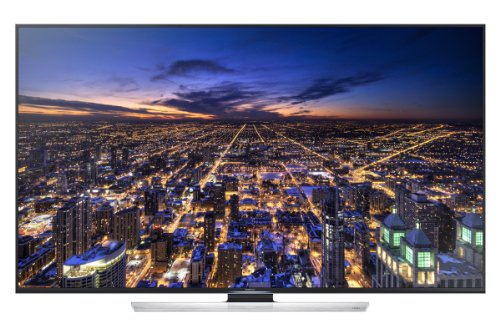