Thanks for reading my article. Feel free to visit my sites to learn more about IBD research and probiotics. Liz Morgan obtained her PhD. in immunology and has fifteen years of research experience. Her specialties are mucosal immunology, inflammatory bowel disease and probiotics. She currently maintains two blogs: The IBD Immunologist and The Beneficial Bacteria Site.
InfoBarrel is a writing platform for non-fiction, reference-based, informative content. Opinions expressed by InfoBarrel writers are their own.
InfoBarrel > Health > Diseases & Conditions

Inflammatory Bowel Disease (IBD), a disease that causes severe gastrointestinal issues and has limited therapeutics, finally has a novel therapy in development. At first glance, it seems that this therapy may be as unpleasant as the disease itself. However, helminthic (parasitic) therapy is based on real science and not folklore. Clinical trials are now underway and many patients have tried them independently with positive results. They may be exactly what the doctor ordered.

IBD is actually a general term for several gastrointestinal diseases of which Crohn’s disease and Ulcerative colitis are the most well known. Patients with these diseases suffer from a host of gastrointestinal symptoms: diarrhea, intestinal blood loss, abdominal pain, weight loss, and fatigue. This is a disease that makes life a lot less fun.

The Italian anatomist, Giovanni Battista Morgagni, first characterized IBD in the 1700s[7107]. Since this time, especially in the last 60 years, the incidence has skyrocketed from 1 in 10,000 to about 1 in 250 individuals[7108]. It is also more often found in Westernized countries. This apparent association with industrialization led to the idea that, perhaps, our new environment was to blame. The gastroenterologist, Joel Weinstock, was fascinated by this concept in the early 1990s[7108].

He considered that the cleanliness of our new environment was to blame. Whereas earlier, farming and lack of plumbing were the norm, nowadays, we are more or less segregated from nature and surrounded by spic and span bathrooms. Remember eating dirt as a child? One can imagine that the children of the early 1900s scarfed down a lot more “bugs” than what you and I managed to ingest as children. Parasites that used to be quite common are virtually eliminated. It looks like our mothers' fastidiousness was misplaced!

Worms in Your Belly

Parasites, in particular hookworm and whipworm, have the ability to dampen the immune response[7108]. Joel Wienstock’s theory suggests that our immune systems are designed to cope with parasites normally. This would mean that the loss of parasites would lead to an immune imbalance, causing an overactive immune system. Treatment with worms could bring IBD patients back into balance and might be an improvement over current therapies (anti-inflammatory drugs and immunosuppressants), which have harmful side-effects when used over many years.

There are three types of parasitic worms being investigated: the human hookworm (Necator Americanus), the human whipworm (Trichuris trichiura) and the pig whipworm (Trichuris suis). The hookworms are administered via the skin (apparently this can cause an itchy rash and a sense of euphoria) while the whipworms are administered as a solution of eggs that must be ingested. The pig whipworm, unlike the human worms, cannot permanently take residence in the human body; therefore, the eggs must be periodically taken.

Promise in the Laboratory

Experimentation with animal models of IBD has shown positive results[7109]. Early studies with IBD patients using the pig whipworm eggs showed that approximately 80% of the patients achieved remission[7110][7111]. A case study with one Crohn’s disease patient described the human whipworm being able to pretty much cure the patient[7112]. The human hookworm also promising in a small group of Crohn’s disease patients[7110]. Also, perusing Internet forums has suggested that some patients, which have independently obtained parasite infections, have had success. Some forums boast an 80% success rate (HelminthicTherapy at Yahoo). Unfortunately, the results of these patients have never been formally collected, analyzed and published.

Currently, there are clinical trials being performed by the New York University School of Medicine, Coronado Biosciences and Dr. Falk Pharma GmbH in Germany for pig whipworm and there is an ongoing study of human hookworm on Crohn’s disease at Nottingham University Hospital. Worm treatment of Celiac disease patients, who have a condition similar to IBD, is also being investigated.

It will be exciting to follow the development of helminthic therapy in IBD as it does show so much promise and seems to make sense at a scientific level. Yet, the answers won't come anytime soon. This treatment idea was conceived in the 1990s and it’s only now being tested seriously in clinical trials 20 years later. One can only hope and wait. 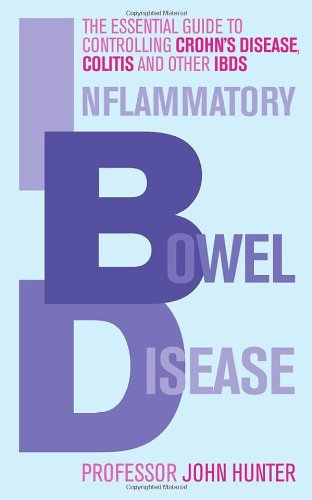 Inflammatory Bowel Disease: The Essential Guide to Controlling Crohn's Disease, Colitis and Other IBDsAmazon Price: $19.95 $9.86 Buy Now(price as of Aug 30, 2013) 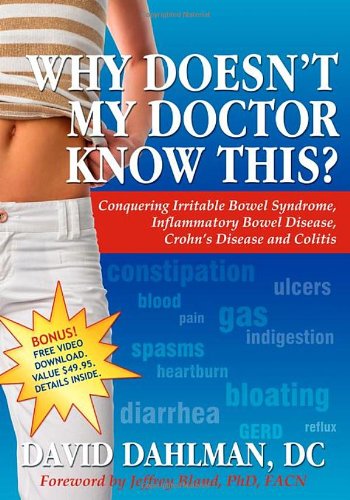 Why Doesn't My Doctor Know This?: Conquering Irritable Bowel Syndrome, Inflammatory Bowel Disease, Crohn's Disease and ColitisAmazon Price: $17.95 $5.97 Buy Now(price as of Aug 30, 2013)
Next >> Zika Shrivels Testes, Drops Testosterone, and May Cause Infertility