The ideas of Edward Bernays and Niccolò Machiavelli are fundamental to our ideology concerning our leaders and ourselves. At their core, Bernays’ and Machiavelli’s ideas can be separated into two main categories: ruler (the leader) and ruled (the masses). Though these two thinkers’ ideas are similar, they differ in certain key areas; in particular, Bernays focuses on controlling the rotten nature of the ruled while Machiavelli focuses on defining the ideal nature for the ruler. In combination their ideas have come to shape much of the modern world, fueling our current distrust of government and even of humanity itself.

Machiavelli’s idea of a leader finds its root in a rejection of some of the major elements of his time’s heavily Catholic Church influenced ideology. Machiavelli presents the leader as a man who must do whatever it takes to maintain the stability of the State so as to prevent a fall into chaos. Fear can and should be employed in combination with generosity, and both require a clear manifest cause. Ethics are irrelevant; deciding between virtue and vice is not important for its own sake. In addition, the identity of the individual leader himself is irrelevant; he only matters in that he must be able to assure the continuity of the State by keeping the majority of its’ citizens content. At their core these ideas are ruthlessly realistic and pragmatic, opposing any notion of an ideal, utopian world. This was the direct result of Machiavelli’s geopolitical context: the 15th century Italian peninsula was a mess of political instability due to its’ division between a multitude of belligerent city states. Bernays’ ideas concerning the best leader diverge from Machiavelli’s on several key points. Bernays is less concerned with the need to assure the stability of the state alone and more concerned with the more general need to control the masses as much as possible. A sort of wise “philosopher king”, as first defined by Plato, should be in charge so as to make the right decisions for the ruled, who are incapable of doing so. This responsibility is far more subjective than the one placed on Machiavelli's ideal leader, though both roles necessitate an equal degree of cunning. Bernays’ wise leader operates behinds the scenes to a greater extent, assuring the continuity of the state by focusing on indirect distractions rather than directly applied fear and generosity. These ideas stem from Bernays’ dim opinion of the masses, an opinion far more pejorative than that of Machiavelli.

In Bernays’ eyes humans are dangerous, stupid, and untrustworthy creatures driven by their base impulses. At their core, men are actively destructive and vicious; a conclusion which must have seemed obvious in Bernays’ context: the aftermath of the First World War. This explains why he believed in the need for someone intrinsically better and smarter to be in control. The ideal society would therefore have the aforementioned “philosopher king” at its head, carefully directing the attention of the masses so as to benefit everyone by protecting society from humans themselves. Bernays agreed with his uncle Sigmund Freud that the best way to do this is subconsciously, from behind the scenes, allowing base instincts to be fulfilled in a controlled manner, through the use of propaganda, for example. Machiavelli, on the other hand, sees the masses as not entirely bad but rather only ungrateful, fickle, and covetous. In his mind men are essentially self-interested, constantly breaking the bonds of love that they themselves have chosen to establish and instead being ruled primarily by fear, which they do not choose but rather is forced upon them. Machiavelli believed that at their core, men demand only a semblance of decency and fair treatment. Therefore everything a leader does must be justified to some extent, and fear cannot be forced too much.

Together, the ideas of Bernays and Machiavelli have combined to produce a virulent distrust of government and of humanity itself. The term “Machiavellian” is now a negative term that describes unscrupulousness, and is frequently applied to governments that do not even operate by the realpolitik guidelines Machiavelli promoted. The subjectively worst parts of his work, such as the abandonment of ethics and the use of fear, have been taken out of context by the public eye and have contributed to the perception of government as an evil, self-serving organisation. Bernays idea of a leader, though it centers on a good “philosopher king”, has similarly been twisted. The public eye remembers only that this leader operates behind the scenes, controlling people desires subconsciously, contributing to the idea of business leaders also being self-serving and evil. In this way, though neither figure’s ideas are fully understood by the majority, both have become synonymous with our current distrust of governance. Furthermore, humanity no longer trusts itself. Bernays’ very negative view of humanity as destructive and Macchiaveli’s negative view of humanity as primarily self-interested have contributed to the idea that mankind is an evil force that cannot be trusted to act humanely. We are left with the sense that humans in leadership positions are abusive and self-interested and humans in groups are destructive and driven by the primordial; apparently only a man living thoroughly alone could be any good.

In conclusion, though the ideas Edward Bernays and Niccolò Machiavelli put forward concerning our leaders and ourselves now form the foundation of our modern ideology. However, the ideas themselves have been so twisted that this ideology, rather than being bleakly practical as it was intended, has become thoroughly pessimistic. Machiavellian has become an adjective for conniving, almost evil government, while Bernays is only known for inventing the kind of mind-washing propaganda associated with a New World Order. In the modern psyche, neither leadership nor groupthink is free from a supposed human corruption, and so we distrust the government and humanity itself. 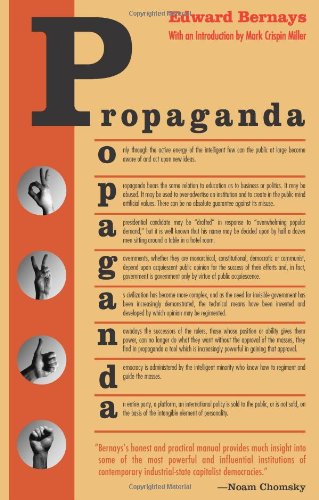 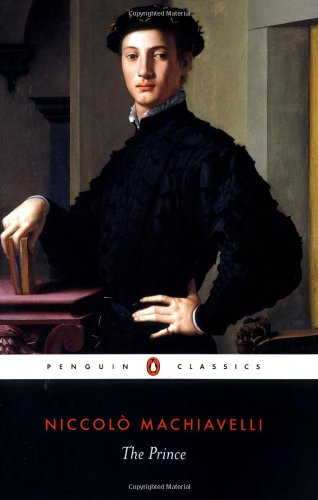