How Nigel Mansell Was Simultaneously Formula 1 and CART Champion

Nigel Mansell is one of the greatest British Formula 1 racing drivers to have ever lived. He was a fierce competitor with an off track reputation as being difficult. At the peak of his career he was involved in his largest and most public controversy. Yet through all of it Mansell managed to do something that no one else has ever done; held the Formula 1 and CART championships at the same time.

Nigel Mansell established himself as a stubbornly competitive driver. He was in crashes that broke his back several times but that didn't stop him from racing. He secured a spot as a test driver for Lotus and in 1980 they gave him a full time driver role in Formula 1. Mansell was largely unsuccessful with Lotus and in 1984 he was let go by the team.

In 1985 Mansell signed with Williams where he he would race for four successful seasons. The Formula 1 racing championship still eluded him as he suffered bizarre setbacks like another spinal concussion and missing races because of chick pox.

In 1989 Mansell made the move to Ferrari and won his debut race followed by a season marred by technical problems. The next season he was teamed up with defending world champion Alain Prost. Mansell did not care for his new teammate and accused Prost of getting mechanics to tamper with Mansell's set up. At the end of another frustrating year Mansell threatened to retire from Formula 1 all together.

In 1991 Williams racing stepped in and resigned their former driver and told Mansell he would be number one on their team. This was only after working through a list of Mansell's contract demands that Frank Williams called "impossible." The negotiations were worth it for both parties as Mansell would go on to his most successful season finishing runner up in the standings to Ayrton Senna.

Nigel Mansell in his Formula 1 car with it's distinctive "Red Five" on the nose cone.

Destiny deemed the 1992 Formula 1 season to belong to Nigel Mansell. His stubborness was begining to pay off as he had the car and the luck to finally prove what he could do. He started the year with a record five straight victories. He became the winiest British driver with his 28th over all Grand Prix victory at none other then the Silverstone circuit in England.

In 1992 Mansell won nine out of the sixteen races that season and was on the podium twelve times. He started from pole position 88% of the time which is a record that still stands to this day.  Mansell's year end points total was 108 which was nearly double that of the runner up Riccardo Patrese who had only 56 points. By securing the point crown in just the eleventh race of the season Mansell also set a record by winning the championship the fastest of any other driver. William number one driver didn't simply win the 1992 Formula 1 title but dominated it in a fashion that the racing world had never seen.

It took Mansell over a decade to work his way up from being a test driver to Formula 1 champion. Now he was absolutely dominating motor sports at the highest level. It seemed like nothing was going to stop him from ruling the championship for seasons to come. However during the off season it came to light that behind the scenes at Williams the relationship between Mansell and his team had strained.

The Reigning Formula 1 Champion Switches to CART in 1993

In 1993 Nigel Mansell joined the Newman-Haas Racing to compete in the PPG IndyCar World Series sanctioned by CART. A defending Formula 1 champion had never made the move to what was considered to be an inferior league. However the competition was equally as fierce as American open wheel racing was at the height of its popularity.

Nigel Mansell in his Newman-Haas CART car with the same "Red Five" on the side.

There were major differences between Formula 1 and CART that Mansell would have to learn. The races now contained yellow caution flags for accident periods and there was a whole new set of pit stop strategies that went with this. His Newman-Haas car weighed about 720 kg compared to his Williams car that weighed only 500 kg. Despite being heavier CART still used turbocharged engines that meant more horsepower and torque then their European equivalent. However it was the tracks, not the cars, that posed the biggest learning curve for Mansell.

The CART season raced on a mix of road course and oval circuits. The differences between the two types of circuits are quite significant. When a car is set up for an oval it tilts dramatically to increase its performance on left hand turns. Mansell said when climbing into a car set up for an oval "you think that it's been in an accident already." In his entire professional career Mansell never had to race on ovals and now he was having to navigate them at the highest level.

In the season opener at Surfers paradise the champion rookie took both pole position and first place on the podium.

Mansell Wins the 1993 CART Championship in his "Rookie" Season

Despite his claims that the oval tracks made him dizzy Mansell had his greatest success on these circuits. He made for his lack of experience with creativity by making seemingly impossible passes on the outsides of corners. Four of his five victories in 1993 came on oval tracks. He also had a third place finish at the Indy 500 narrowly missing victory on a botched restart.

Mansell won the 1993 CART championship with 191 points. The Formula 1 season had yet to conclude at that point so Mansell was still technically F1 champion as well. Unlikely as it was, the disagreeable driver was champion twice over. While there have been a total of four drivers to have held both titles Mansell is the only one to have done it simultaneously.

Nigel Mansell is a British car racing legend with a unique career both on and off the track. A less stubborn and more more level-headed professional would never have placed himself in a position to do what he did. As it stands the history books show Nigel Mansell is the only person to have held the Formula 1 racing championship and the CART championship at the same time. 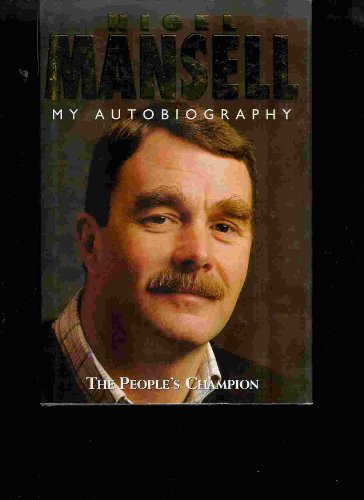