As well as being an avid writer, I am also an enthusiastic gamer, anime fan, movie buff, and love of all things strange. Being as I live with a boyfriend, I am also particularly knowledgeable about cleaning and cooking. You can join me in my adventure of writing for money here at Infobarrel. Sign Up today! Also, I wrote a book! Check out The Guild today!
InfoBarrel is a writing platform for non-fiction, reference-based, informative content. Opinions expressed by InfoBarrel writers are their own.
InfoBarrel > Technology > Science

Nikola Tesla was essentially the model for the modern day mad scientist. However, instead of being a cackling crazed evil genius locked away in a dark and ominous lab, he was actually kind of a stand up guy. His inventions were stolen and the credit claimed by others. He knew about it too. He let it slide because in his mind, he figured these inventions would contribute to the scientific community and did not care to claim credit. He was the kind of man who found out new amazing revolutionary things, but forgot to let them down. There is no nobler of a man than Nikola Tesla. Though because of his generosity and the greed of his scientific peers, he died broke and alone in his apartment. History only cements the fact that being nice means that you will indeed die poor.

These inventions are only a handful of patients from Nikola Tesla. He had exactly 111 patients, however there is no doubt in anyone's mind that he probably had many more things he could have patented if he so chose.

Nikola Tesla's most famous invention was electricity. Sure, it is taught that Thomas Edison was the father of modern electricity, but no one uses his electricity, they use Tesla invented electricity. Telsa actually worked for Edison to help him fix the problems he was having with his direct current (DC) electricity machine, which he did. However DC electricity would have required a power plant every square mile as it could not transmit very far. Tesla's alternating current (AC) electricity could transmit over long distances and it is why we use it today. Edison stole Tesla's design, after proving that it was too dangerous for public use by electrocuting animals on display with it, and made it his own. It seems all our elementary history books were glorifying historical jerks.

However, electricity wasn't the only awe-inspiring invention in Tesla's repertoire, he had an amazing amount of other inventions that pre-date their official invention by others. Also, most of the inventors who did invent these things, used Nikola Tesla's patients or research. Some of them did it without his permission, but most he let use them because Tesla was, at heart, a truly nice guy.

Nikola Tesla was somewhat of a forward thinker. He believed that in the future there would be a whole race of robots who would effectively do people's work for them. He predicted that there would be a whole world plentiful with robots, sensors and automated systems.  Of course, after years of science fiction involving sentient electronics and the negatives of advanced robotics, this world has been somewhat resisted. Of course, there are still those who are working towards it. However, during his time, Tesla worked to put forth his mind towards the advancements of robotics. In 1898 he demonstrated his invention of a radio controlled boat in which would react to radio signals that gave it direction. Many in the robotics field think this to be the birth of robotics, however basic it is. 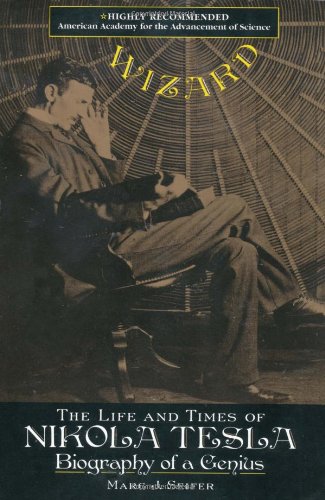 Because of his work with electromagnetic science, Tesla helped doctors around the world get a new view of inside the human body without slashing them open in potentially dangerous procedures with scalpels and saws. During his time though, this idea made people question his sanity.

The discovery of the X-ray is accredited to a German physicist Wilhelm Roentgen. Which is true, this is not like the feud between Tesla and Edison in which is research was consistently stolen. Like with Marconi and his first international radio transmission, Roentgen used Tesla's research to discover it. Tesla let him because he is also regarded as the nicest inventor ever. It was Tesla who conducted the first research experiments with X-ray technology, he even noted the dangers of radiation to the human body.

In 1898 Tesla announced a small one kilogram machine that was able to shake a building and all the buildings around it, perhaps even the world if left on long enough. Nikola Tesla had managed to set the frequency of vibrations in such a distinct way that every vibration after the previous added more energy to the wave curves of a building. With the right amount of small vibrations, it could shake even the biggest building.

As you can imagine, this device in the wrong hands is a recipe for terror. Being the nice gentleman that he was, Tesla saw this as well. He promptly smashed his invention with a hammer. That is a degree of nobility that you just wouldn't find in this world today. If that kind of invention were invented today, you can be sure that the inventor would sell it to whomever paid the highest sum. It is inventions like his earthquake machine and the next invention that gave Tesla is mad scientist image and reputation.

In 1930 Tesla claimed to have invented a particle beam weapon in which he had worked on since the early 1900s. Unlike the Earthquake Machine in which Tesla saw as a weapon for terror, he was this weapon as one to end all wars. Perhaps he was naïve in thinking that. The device supposedly generated an intense directed energy beam that could be used to destroy anything it hit. The media, of course, labeled this as a death ray. He attempted to sell his design to the United States military as well as United Kingdom, the Soviet Union, and Yugoslavia but no one bit. 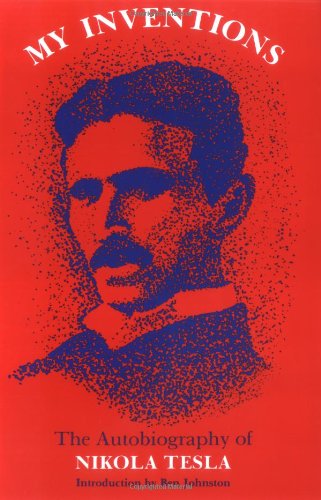 My Inventions: The Autobiography of Nikola Tesla Amazon Price: $9.95 $8.00 Buy Now(price as of Jan 10, 2016)
During his negotiations with the government, Tesla stated that someone had broken into his lab in order to steal the blueprints. however, the thieves left empty handed as Tesla had the blueprints committed only in his mind. Many of his peers believed this weapon to only be experimental, however Tesla himself claimed at a luncheon held in his honor that it was real and that he had used it. To this day, his teleforce that he had reportedly used has not been recovered. Finding the teleforce is kind of like the nerd version of the quest for the holy grail, if you find it you are a God among nerds.
Next >> Zika: The Warnings About Wolbachia and Culex Our Health Authorities are Ignoring