Ken Muise is an active-duty service member currently serving in Honolulu, Hawaii.  He is accompanied by his family and is close to retirement.   Visit him at his personal blog, ContentKen where he talks about content creation and making money by writing online.
InfoBarrel is a writing platform for non-fiction, reference-based, informative content. Opinions expressed by InfoBarrel writers are their own.
InfoBarrel > History > Modern History

Credit: http://firstladies.comAbigail Adams is a woman worthy to be recognized in the greatest woman in history category. She is best known as the wife and supporter of one of America's past presidents John Adams. Abigail is one of only two American women married to a United States president and the mother of a son who would become the sixth president. Sadly, John Quincy's mother did not live to see his achievement, but she always believed he would excel in politics. feder 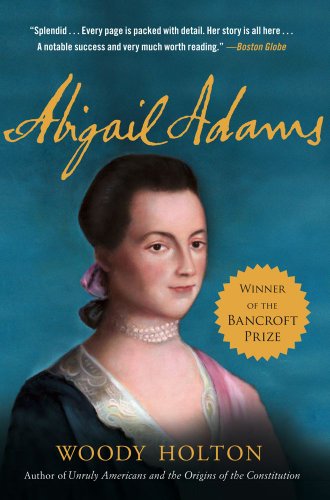 Abigail became an amazing woman, entering Weymouth, Massachusetts as her parents second child on November 11, 1744. She was born to her mother, Elizabeth Quincy and her father William Smith, a Congregational minister. Some would say that her formal education was limited, however those who knew her could attest to her extensive self-education. Abigail devoted herself to the reading of the classics and studying the works of William Shakespeare, as well as the poetry and writings of John Milton.

Early in life Abigail struggled with her health, but she was very wise with her time. In her day it was common for girls not to attend a formal school of learning, but she spent a great deal of time on studies and writing to family and friends. She was given access to her father's extensive library and immersed herself in the study of theology, philosophy, law and government. Possibly due to her personal experience Abigail was later very much an advocate of the public school system. Naturally, Abigail particularly desired for girls to have just as much of an quality of education as boys were given. As America celebrates Women's History Month it is natural to reflect on past times and compare them to modern days. One fact about Abigail that may surprise many young people is that she became a bride at the tender age of nineteen. In 1761 Abigail was introduced to her future husband, John Adams, a lawyer whom she married three years later. Their union brought them a baby girl nearly nine months later and they named her Abigail, affectionately calling her "Nabby" all her life. The couple went on to have three sons and two daughters that sadly died very young.

One of the First First Ladies

Abigail's mothering, assisting in the running of the home and helping farm their land all began

Credit: http://embargozone.comright away. The pair was very busy as John Adams had also set up his law practice in nearby Boston. As the bustle of daily living heightened, particularly when John began to serve in the First Continental Congress as a delegate, the couple purposed to stay connected. Thus began a full marriage of fascinating correspondence that is referenced and beloved still today. Abigail was known to encourage her husband with the comfort of the Holy Scriptures. She was known to encourage her children to love God, to love country and to develop virtues in the form of grace, honor, integrity and truth. In the more than 1,100 letters exchanged between Abigail and John one can easily view history unfolding. Some have referred to the letters as political exchanges as much policy was discussed by the two particularly when John became president. Abigail campaigned for the ladies and insisted that they be treated as fairly as men, which undoubtedly puts her in one of the lead spots of greatest woman in history. In the letters John posed many questions to Abigail, and she in turn advised him and also kept him updated on people's responses to legislation, news and especially the American Revolution. Abigail was an amazing woman and wife to John splitting her time between her family responsibilities in Massachusetts and periods of joining her husband as he served in France as the first American minister, and as he served as vice president and later president of America. The pair did not always agree and Abigail did not shy away from speaking her mind such as in the matter of dealing with France during its Revolution.

The End that Lives On

Once John lost the election of 1800 the couple knew they would at last be going home and would be able to spend more time together. They buried two more children, but also walked side by side in their last years together on the family farm. Abigail passed away at age 73 and Women's History Month is the perfect time to remember her life, and to reflect on her strength as a woman in a country still finding its way, her devotion as a mother and her unwavering support as a wife. 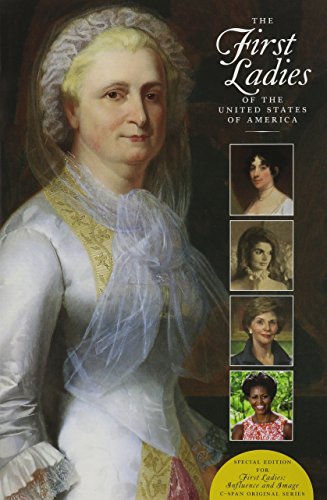 The First Ladies of the United States of America: Special Edition for "First Ladies: Influence and Image" C-Span original series Amazon Price: $14.95 $8.97 Buy Now(price as of May 31, 2015)
Next >> Fashioning a Reign: 90 Years of Style from the Queen's Wardrobe - Magnificent Exhibition at Buckingham Palace