I am a retired teacher of English as a second language. I teach on line via Skype, and write on-line articles which reflect my love of travel, language, literature, history and culture. I love writing for InfoBarrel. Why not join me by signing up here: http://www.infobarrel.com/signup.php
InfoBarrel is a writing platform for non-fiction, reference-based, informative content. Opinions expressed by InfoBarrel writers are their own.
InfoBarrel > Health > Alternative Medicine

Not Just for Vampires: Garlic Through the Ages

Garlic is a pungent relative of the onion which goes by many names. As well as having the Latin name Allium sativum it is also known by some vividly descriptive names such as the camphor of the poor, the nectar of the gods, Russian penicillin and, my personal favorite, the stinking rose.

The stinking rose has been used since ancient times. It was used in China at least 4,000 years ago. the ancient Greek physician Galen described it as the peasant's cure-all. To the ancient Egyptians it was both a cooking herb and a medicine, and they considered it so sacred that it was used for the swearing of oaths.

Vampires and Other Folklore

Most people have heard that garlic keeps away vampires. This belief may have originated from an ancient European belief that garlic provides magical protection against the forces of evil. Ways to ward off vampires include wearing it as a necklace, hanging it in the window or rubbing the juice on chimneys and keyholes.

Credit: "Dracula 1958 c" by Screenshot from "Internet Archive" of the movie Dracula (1958) - http://www.archive.org/details/HorrorOfDracula-Trailer. Licensed under Public Domain via Commons - https://commons.wikimedia.org/wiki/File:Dracula_1958_c.jpg#/media/File:

For what this is worth, I eat garlic regularly and have never been attacked by a vampire. If you are intrigued by my personal testimonial, I strongly recommend that you check it out on a myth busting website like Snopes. However, if you actually believe you are being attacked by vampires garlic will probably not help you.

The magic of Allium sativum was believed to protect people from disease as well as vampires. You could stay healthy by placing it under your pillow or even in your socks before going to sleep. Believe it or not, while I was researching this article I actually found a website that recommends sleeping with onions or garlic in your socks to stimulate the nervous system and purify the body.

The nectar of the gods has also been used around the world as an aphrodisiac, although that probably only works if your partner is able to ignore your garlic breath.

Garlic has often been used in traditional medicine around the world for an incredible assortment of problems. Here are just a few examples:

Many folk remedies appear strange today, and many probably had purely psychological benefits. However, an examination of the above list indicates that people from different parts of the world seem to have learned similar lessons from experience and observation: they discovered that this smelly bulb could be an effective treatment for several ailments, including coughs, fevers, and infections.

In the nineteenth century Louis Pasteur demonstrated the antibacterial properties of Allium sativum  in the laboratory, and during the First World War Russian doctors used it to treat infected wounds, earning it the nickname “Russian penicillin".

Since then, research has shown that garlic is effective at fighting bacterial infection, works positively with antibiotics, and is even effective against antibiotic-resistant bacteria. In addition, there is evidence that it may lower the risk of stomach cancer, may help to lower levels of harmful LDL cholesterol, and could be an effective pain reliever, anti-fungal, and anti-viral.

On a personal note, my mother had severe rheumatoid arthritis and swore that the garlic capsule she took daily helped to keep her joints moving.

However, although it seems to be a miracle cure, there is one thing that Russian penicillin probably is not, and that is a cure for the common cold. Medical science is still searching for that miracle.

Credit: By AnA oMeLeTe from Faro, Portugal (What happens after a Cold) [CC BY-SA 2.0 (http://creativecommons.org/licenses/by-sa/2.0)], via Wikimedia Commons

As with many other things in life, it is advisable to use garlic in moderation.

People who eat a lot of garlic not only develop bad breath but may also develop an unpleasant body odor.  Others may develop a garlic allergy which may cause diarrhea, nausea and even difficulty breathing. Care should be taken when applying it to the skin as it could cause serious burns, especially on children or people with sensitive skin. A high garlic intake may also interfere with anticoagulant medications such as warfarin.

Garlic juice is so sticky that it can be made into glue.

A mixture of garlic and cinnamon is an effective food preservative.

In addition to repelling vampires, garlic is also used in a garden spray to deter common pests such as aphids and caterpillars. The European Union has approved an environmentally friendly spray produced from garlic to control cabbage root fly and poultry mites.

Some gardeners plant garlic as a protective companion plant for both flowers and vegetables. 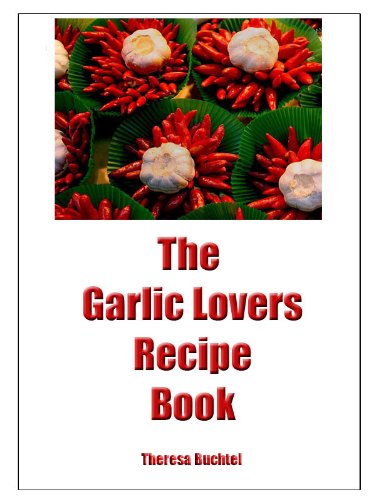 The easiest and most natural way to reap the benefits of garlic is simply to eat it.

Garlic is a highly versatile cooking ingredient. It is essential to Italian, French, Greek, Indian and many other international cuisines. You can add it to stews and sauces, put it in stir fries, blend it into salad dressing or roast it in the oven.

Believe it or not, you can even make garlic ice cream!

However, if you are concerned about developing anti-social garlic breath, it is possible to purchase odorless oil of garlic capsules.

No-one uses garlic these days to ward off bloodsucking parasites, but cooking with garlic is an excellent way to ward off illness and support your overall health. In addition, with antibiotic-resistant bacteria and viruses become more common, medical science appears to be paying some serious attention to Russian penicillin.