I've spent most of the past two decades in East Asia, holding lecturing and publishing positions in Hong Kong, Japan and South Korea. Among my favorite places are Taiwan and the Philippines. I'm fascinated by local religions and customs, and enjoy reading about history and how the English language changes and develops. I enjoy writing on InfoBarrel. If you love writing, sign up today.
InfoBarrel is a writing platform for non-fiction, reference-based, informative content. Opinions expressed by InfoBarrel writers are their own.
InfoBarrel > History > 21st Century

These six people, five men and one woman, have something in common in addition to their Hakka heritage. All achieved success outside the People's Republic of China. All bar Chow Yun-fat received university education in the West. One has died since the article first appeared.

Born in Singapore in 1923, Lee's great-grandfather was a Hakka who migrated from Guangdong. Lee (pictured above in the early 1960s) was educated in English and didn't become literate in Chinese until his thirties, by which time he was working as a lawyer and active in politics. When he became Singapore's prime minister (premier) in 1959, the island was still a British colony. That was followed by a federal relationship with Malaysia which ended in 1965. Despite Singapore's lack of natural resources and fractious society, he led the new country to stability and economic success. However, he has been accused of running a semi-dictatorship in which opposition politicians have been jailed or bankrupted via defamation lawsuits. He stepped down from the prime minister's post in 1990, serving as senior minister until 2004, then minister mentor until his complete retirement in 2011. Lee died on March 23, 2015.

At the time of Lee's birth near Taipei in 1923, Taiwan was a Japanese colony, and he attended Japanese-language schools. Until 1945, when Japan renounced its control of Taiwan after losing World War II, he was known as Iwasato Masao. His hopes of a career in academia were dashed because, it's said, he spoke Mandarin Chinese too poorly to teach college courses. Instead he became an official working in Taiwan's land-reform program. His ability impressed Chiang Ching-kuo, Chiang Kai-shek's son, and in 1978 Lee was appointed mayor of Taipei. In 1984, he became Taiwan's vice president. When Chiang Ching-kuo died in early 1988, Lee took the top job. He wasn’t expected to wield much real power - among those who opposed him was Soong May-ling - but soon he had outmaneuvered his opponents within the KMT (Chinese Nationalist Party) to become the dominant politician on the island until 2000, when his second term in office ended.

Born in New Jersey in 1972, Michael Chang (pictured here) played professional tennis between 1988 and 2003, winning over US$19 million. His finest moment came in 1989, when he won the French Open just 110 days after his 17th birthday. He never won another major, but reached the finals of both the US Open and the Australian Open in 1996. Like fellow Chinese-American sportstar (but non-Hakka) Jeremy Lin, Chang is an evangelical Christian.

Hong Kong's most prominent politician in the runup to the handover from British rule to PRC control in 1997, Martin Lee (now aged 75) was educated in the territory and in London, where he trained as a barrister (an attorney specializing in courtroom advocacy). As leader of the main pro-democracy grouping, his views have annoyed Beijing on several occasions; the Communist regime has barred him from crossing the border between Hong Kong and Shenzhen. He served on Hong Kong's Legislative Council between 1985 and 1997, then again from 1998 to 2008.

Chow (born 1955) is the least educated of the six people profiled in this article, but perhaps the best known. Likely the most globally famous person to have emerged from Hong Kong since Jackie Chan, Chow became a household name in the West after his leading role in Ang Lee's Oscar-winning success, Crouching Tiger Hidden Dragon (2000). Prior to that, he appeared in several Hong Kong movies, notably John Woo's A Better Tomorrow (1986). This low-budget film made a fortune at the box office, and is often cited as one of the finest movies ever made in the Chinese world.

Holding a PhD from the London School of Economics and formerly an academic, Tsai (born in a strongly Hakka area in Taiwan's south in 1956, but raised in Taipei) entered the political arena in 2000 when she was appointed to Taiwan's cabinet. She later served in the country's parliament and as vice premier (deputy prime minister). Credited with rebuilding the Democratic Progressive Party (since the late 1980s, one Taiwan's major parties) following heavy defeats in the 2008 presidential and parliamentary elections, Tsai (pictured right) became the first woman to run for Taiwan's presidency in 2012. She won 45.6% of the vote, coming second to incumbent President Ma Ying-jeou. Tsai was the DPP's candidate again in 2016, when she easily defeated the KMT's Eric Chu, gaining 56.1% of votes cast to Chu's 31%. Tsai has never married. 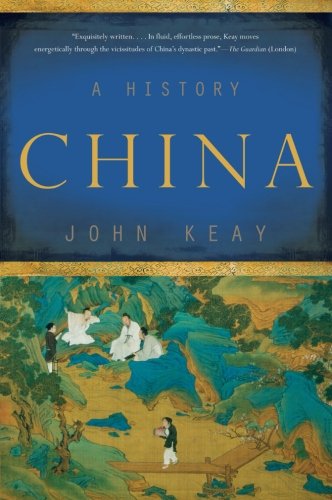