A number of world leaders have actually hailed from different countries other than the ones that they would eventually lead. These leaders can have unique perspectives due to reasons such as exposure to a different culture. Below is a list of officials who are examples of foreign-born national leaders. The countries that they would be responsible for are in parentheses.

Tony Abbott was born in London, England in 1957 to an Australian mother and an English father, who had happened to spend a great deal of time in Australia in his youth. When Abbott was two years old, his family moved to a suburb of Sydney. He later returned to England and studied as a Rhodes Scholar at The Queen's College (part of the University of Oxford). Abbott was elected to the Australian House of Representatives in 1994, serving as Prime Minister from 2013 to 2015.[1]

Born in Smilovice, then in Czechoslovakia, in 1940, Buzek's family had long been involved in Polish politics. He was elected to the Sejm in 1997, becoming Prime Minister soon after serving in the position until 2001. Buzek was later elected to the European Parliament, eventually becoming its President.[4]

Possibly originally having the first name 'George', de Valera had been born in the United States in New York City in 1882. He went with uncle to Ireland when he was two years old, reportedly following the death of his father, possibly a Spaniard. Eventually, he held a number of political positions, including member of Dail Eireann more than forty years, serving three times as Taoiseach (originally known as President of the Executive Council). He also became President, holding office from 1959 to 1973.

Dehaene was born in Montpellier, France in 1940. At the time, his parents had been trying to flee from the German Army. He later rose through the ranks of Belgian politics to be Prime Minister from 1992 to 1999. Dehaene's later life included serving in the European Parliament.

Born in Schaerbeek, Belgium in 1855, Deschanel's father, Emile, had been a professor in France who was exiled to Belgium because of his opposition to Emperor Napoleon III. Emile was eventually allowed to return to France, where he became a member of the Senate. The younger Deschanel also became involved in politics and was briefly President in 1920.

Duran Ballen was originally named Sixto Alfonso Duran-Ballen Cortez and had been born in the United States in Boston, Massachusetts in 1921. He became Mayor of Quito for two terms before holding the position of President from 1992 to 1996.

A native of Hill of Fearn, Scotland, Fraser was born in 1884. He later moved to New Zealand in his 20s. Fraser was eventually a member of the New Zealand Parliament for more than thirty years. He was Prime Minister from 1940 to 1949.

Born in Koblenz, Germany in 1926, Giscard's father had been a civil servant playing a role in the occupation by the French of the Rhineland. The younger Giscard's career in politics would lead him to serving as President of France from 1974 to 1981, automatically making him Co-Prince of the neighboring country of Andorra during the same period of time.

Gillard was born in Barry, Wales in 1961. As a child, she suffered from lung problems and her parents were advised that a warmer climate would be better for her recovery. Thus, they moved to Adelaide in South Australia. She joined the Australian House of Representatives in 1998. Later positions she held include Deputy Prime Minister from 2007 to 2010 and Prime Minister from 2010 to 2013.

Kohler was a native of what is now Skierbieszow, Poland in 1943. His parents were Romanian citizens who had to leave their native land because of the agreement of population transfers between the Soviet Union and Nazi Germany. The family later fled from Poland and ended up in Leipzig, Germany before living for a time in a refugee camp and eventually settling in what was at the time West Germany. Kohler eventually served as President from 2004 to 2010.

Koirala Prasad Koirala had been born in what is now India, where his father had been exiled. He would be elected to the Pratinidhi Sabha in 1991 and soon after the was appointed Prime Minister for the first of four times, the first three of which were when the country was known as the Kingdom of Nepal. During the fourth occasion, in which by then it had become the Democratic Republic of Nepal, he also served as acting Head of State from 2007 to 2008. His brothers Matrika and Bishweshar, both also born in the future India, were both Prime Ministers of the country when it was still the Kingdom of Nepal.

Lee had been born in Osaka, Japan in 1941.[7] His parents were natives of Korea who had moved to Osaka during the annexation of the Korean Peninsula by Japan. A few years later, the family settled in his father's native Pohang in what would eventually be known as South Korea. Lee was eventually elected to the National Assembly of South Korea and as Mayor of Seoul before serving as President from 2008 to 2013.

John A. Macdonald had been born in Glasgow, Scotland in 1815. His father's business pursuits were unsuccessful in the family's native country, leading them to relocate in what would become Ontario, where other relatives had already emigrated to. Macdonald's political career would include becoming a member of the House of Commons of Canada and serving as Prime Minister twice.

McAleese was born in Belfast, Northern Ireland in 1951 with the maiden name of Leneghan. She later enrolled at Trinity College in Dublin. Eventually, she served as President from 1997 to 2011.

Nash was born in Kidderminster, England in 1882. He later emigrated with his wife and son to Wellington. Nash would become active in politics and would be elected to the New Zealand Parliament in 1929, remaining a member for the rest of his life. He would serve as Prime Minister from 1957 to 1960.

The third member of his family to become Prime Minister, following his father and grandfather, Papandreou was born in Saint Paul, Minnesota in the United States, where his father was working as a professor at the time. His mother is also a U.S. native. Papandreou would return to America for lengthy amounts stretches, studying at Amherst College and Harvard University. He was eventually Prime Minister from 2009 to 2011.

Rogier was a native of Saint-Quentin, France in 1800. His family later made their way to Liege, Belgium. Political offices that Rogier would hold include Prime Minister twice.

Savage hailed from Tatong in what would become Australia in 1872. He would become active in Australian politics before moving to New Zealand in 1907. Savage was elected to the New Zealand Parliament in 1919, became Prime Minister in 1935 and remained so until his death.

Stepashin was born in the Lushunkou District in China in 1952. He went on to receive an education from the Soviet Ministry of the Interior before becoming a Colonel-General in the military and heading the Federal Counterintelligence Service. Stepashin was briefly Deputy Prime Minister and later Prime Minister in 1999. Later in the year, he was elected to the State Duma.

Turner was born in Richmond, England in 1929. His mother was a Canadian and the family later settled in Rossland, British Columbia, her childhood home. Turner later returned to England, studying as a Rhodes Scholar at Magdalen College of the University of Oxford. He eventually became a member of the House of Commons of Canada and was briefly Prime Minister in 1984 .

Valls was born in Barcelona, Spain in 1962. His father was the Spanish artist Xavier Valls and his mother was a native of Switzerland. The two would actually meet in Paris after Xavier moved there in the 1940s. The younger Valls moved to Francs in his teens and later assumed a number of political roles, including becoming a member of the National Assembly of France in 2002 and eventually becoming Prime Minister in 2014.

Ward was a native of Melbourne, Australia in 1856. He moved with his family to New Zealand in 1863. There, he became a politician at a young age. Ward became a member of the New Zealand Parliament twice become Prime Minister. He died shortly after resigning from his second stint as Prime Minister.

Born in Valparaiso, Chile in 1867, his mother was a native of New Zealand, and his biological father was a Chilean. After the separation of his parents, his mother would marry a British man named George Watson. The younger Watson would move to Sydney in 1886. He was elected to the New South Wales Assembly in 1894 and to the Australian House of Representative in 1901. Watson later for a short time became Prime Minister in 1904. 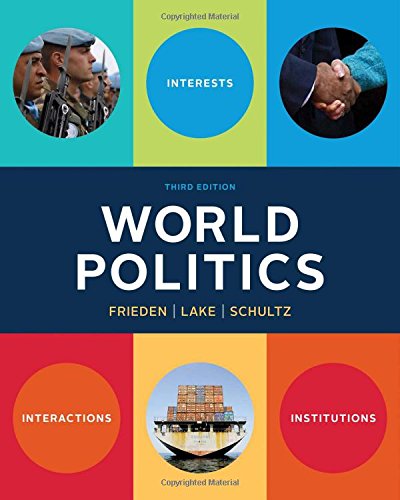