Oil Tanker Kings: How Did These Individuals Get So Filthy Rich?

Oil tankers were first thought about in the late 1800's. Once the oil industry began to excel many corporations wanted to transport oil. The oil tanker was then officially born. By the 1930's and 1940's the industry was dominated by behemoth oil companies. The majority of these companies purchased these vessels and operated them as subsidiaries of their companies.

Tanker sizes are measured in Dead Weight Tonnage (DWT). The smallest vessel is around 20,000 DWT, which is called a Handysize. Then you have a Panamax, which carries around 70,000 DWT. Next there is the Aframax holding approximately 90,000 DWT. The even larger tankers consist of the Suezmax, Very Large Crude Carrier (VLCC) and lastly the Ultra Large Crude Carrier (ULCC).  These vessels range from, 120,000 DWT to 550,000 DWT. These larger tankers were built when certain canals were blocked off and companies were forced to carry more oil longer distances.

One of the most fascinating shipping magnates was Daniel Ludwig. Ludwig revolutionized the idea of welding together vessels instead of traditional riveting. This saved colossal amounts of time during the Second World War. In the mid 1950's Ludwig rivaled other shipping magnates such as Stavros Niarchos and Aristotle Onassis. These men started an intense rivalry to see who can build the largest supertankers. In 1958, Ludwig shocked both men after after constructing the Universe Apollo. At the time it was the largest oil tanker in the world. Years later, their rivalry continued to see who can surmount the other.

Another wealthy oil tanker owner was Erling Dekke Naess. Naess was a Norwegian that began his oil tanker business in the 1930's. Over time he expanded his fleet. Naess decided that tankers needed to be constructed with more versatility, not just carrying oil, but other commodities as well. Naess hired naval architect Thoralf Magnus Karlsen to construct this vessel.  Naess was later credited for the ideas behind the OBO Carrier ( Ore-Bulk-Oil). After World War II, Naess saw monumental growth as his company Norness Shipping became well known around the world. Eventually, the Rockefeller family was so impressed by him they purchased a stake in his company.  In 1973, after mergers and other acquisitions Naess's company was sold for around $210 million (about $1.5 billion in today's dollars).

Norway has yet another oil tycoon, his name is John Fredriksen. Fredrisken entered the oil tanker industry at an early age. Shockingly, the Iran-Iraq war changed his life. During this conflict, tanker rates soared, as Iraqi and Kuwait armed forces attacked Iranian oil tankers. In this specific scenario, insurance companies decided to end all insurance on oil tankers during what was later known as “The Tanker War”. Fredriksen reaped gargantuan profits during the war. Later on in life he invested in oil rigs and other shipping ventures.

There is no doubt the oil tanker industry is not for the faint-of-heart. It is an industry with huge risk and massive reward. To give you a better understanding, in 2007 VLCC rates fluctuated from $310,000 a day to $7,000 a day. If an oil tanker company earns $7,000 a day on a spot-market based vessel, they wouldn't be able to afford the fuel for the vessel to run. Clearly, these “Oil Tanker Kings” have deserved this title for their courage, drive, and most of all, their admiration for the industry as a whole. 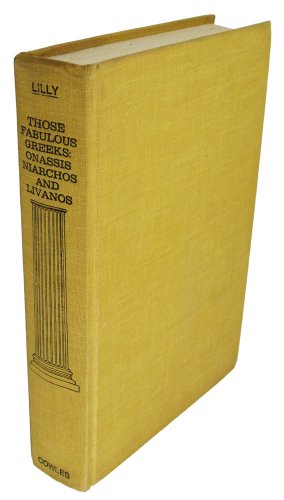