Ok, Glass! Are You Worth The Cost?

"Ok Glass, search email." That's just one of the simple phrases you may hear a lot on city streets next year, when Google widely releases it's "Google Glass", reportedly in early 2014. But what's the point? Given it's current price tag of $1,500, is the technology worth it? What can (and can't) it do as of now? Should you buy it, and when will you be able to purchase it.

What is Google Glass?

You're paying for "wearable tech". It's a voice-controlled, hands-free computer, equipped with a CPU (with about 12GB for storage), microphone, 5 MP camera, speaker, and digital display via a prism. The technology is Android-powered, and it works with 3G and 4G connectivity.

What It Does (And Doesn't) Do

Google glass allows users to do the following:

Most of the fun "hype" comes from the mistaken understanding that this edition of the glass can recognize an image on its own. Though facial and object recognition software are in development, there's no confirmation that this will be included when the product is officially released.  As of now,  it's an intiated-response system, based on user cues. Those cues are given via simple commands, which  start with, "Ok Glass" and can include "take a picture", or "take a video". The glass will not recognize, say, a building, unless the user asks it to search.

So, Who Should Purchase Google Glass Now?

Similar to iPads in classrooms, Google Glass could allow for a deeper sensory-based connection and help better engage students.  Like Google's commercial suggests, an interactive classroom via Google Hangout might mean that a skydiver can bring a group of students with him on a free-fall, in real time.

The hands-free, voice-based glasses enable people who are parapalegic to take pictures or vidoes, or more easily share content socially. Emails, texting and phone calls also become much easier to manage for those with vision impairment, when the voice-to-text technology is included (which may be as soon as this first release).

Of all corporations on the planet, Google is the predominant information-mining source. Google has compiled the most background information from it's users, more than any other organization. Purchasing Google Glass means that Google has more and better information about you.

As of now, the "eyewear" comes in a right-side-only design, which may be a drawback for those who are natural "lefties". Also, and most obviously, they can be clunky for those who wear prescription eye wear.

Another problem area is it's battery life of about 3.5 hours, which conflicts with what it seems the designers intended--a device to be worn all day. The timeline in the vision display can become overwhelmed, with email, and other notices, if the user is not staying current with it.

Yes, the display is aligned with the upper right area of your right eye's natural scope of view. While this is great functionality for navigating directions, and users have highlighted this as one of the best features of the product, it can also be a distraction. Drivers may take liberties in surfing on-line while driving, and no doubt hands-free legislation in some states may see some changes, as more and more people wear them behind the wheel. 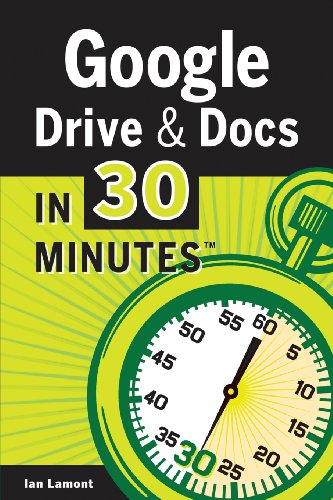 Where To Find Google Glass, And When It Will Be Released

Lots has been written about just when Google plans to make Google Glass available to the public. Don't hold your breath for the holiday season in 2013. As of now, the company's official web page states simply, "at a later date". Reports that the Glass will be released at a certain time year or early 2014 have not officially been confirmed by Google. It's safe to assume, these will be available wherever Android technology is sold.

Also, the speculation the cost may go down to as low as $299, is just that, speculation. There is good reason for this chatter, given that Google has made recent investments in some of the companies who manufacture the product, pointing to Google's intention to lower production costs.

Why You Want It, Or Don't Want It

It's novel, and let's face it, it's fun to be one of the first people to purchase and own the technology. Though, "wearable tech" has been in development for many years; Google is just a step forward in the evolutionary process.  The drive for consumer demand for better technology, at a faster rate, means that we may not have to wait long for the next edition, and for the price to decrease. Right now, $1500 may be too high a price to pay for the technology.