InfoBarrel is a writing platform for non-fiction, reference-based, informative content. Opinions expressed by InfoBarrel writers are their own.
InfoBarrel > Travel & Places > Places > Macedonia

Are you looking for old world maps of Macedonia or old maps of ancient Greece? The republic of Macedonia has a long history and there are several unique and vintage maps of the country available. Macedonia is interesting because the country was once ruled by Alexander the Great (From 355 to 325 BC). The country is located in the central Balkan peninsula in Southeast Europe, and became a member of the United Nations in 1993, and after a dispute with Greece they were admitted under the provisional reference of the former Yugoslav Republic of Macedonia.

Present day Macedonia is turning into quite the tourist destination, and its no wonder why!

"A treasure trove of adventures, Macedonia is emerging as a top new tourist destination. With its unspoilt mountains, lakes and spas, traces of old communism, and plenty of friendly hospitality at boutique hotels it’s not hard to see why. The wines are rich, the history steeped, and the culture varied."

Are you looking specifically for a map or poster from old ancient Macedonia or Greece?

Check out this reproduction below - it's a 1771 Poster of Greece, Turkey, Macedonia, and the Balkans. Is this the old map of Macedonia you are looking for? 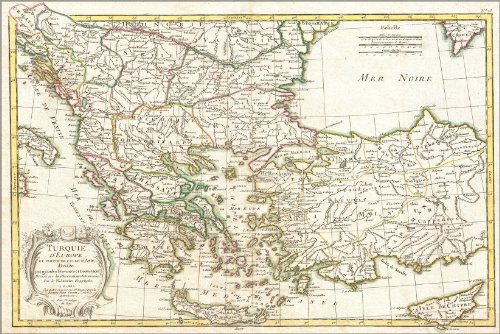 Ancient and Roman Period of Macedonia

According to Wikipedia, In 356 BC Philip II of Macedon took over  the regions of Upper Macedonia (Lynkestis and Pelagonia) and the southern part of Paeonia (Deuriopus) into the Kingdom of Macedon.

Philip's son Alexander the Great conquered the remainder of the region, and incorporated it in his empire, reaching as far north as Scupi, but the city and the surrounding area remained part of Dardania.

This map below illustrates the Roman empire at its greatest peak, when they absorbed Macedonia and is color-coded to illustrate the various expansionist periods. 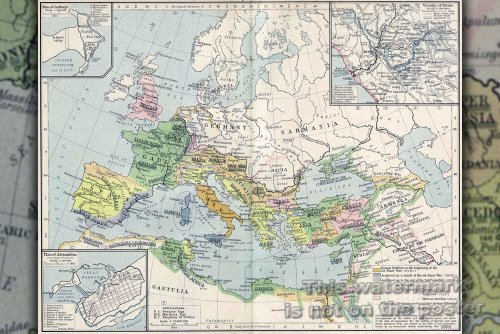 - Indepence declared from Yugoslavia in September of 1991.

- Officially recognized in Apri of 1993.

- What currency does Macedonia use? They use the  Macedonian denar.

- You must drive on the right hand side of the road in Macedonia.

- What form of government is Macedonia? They are a parliamentary republic, like Canada and Australia.

- The current President of  Macedonia is Gjorge Ivanov.

- What do they speak in Macedonia? The primary language is Macedonian.

- Does Macedonia have any National Parks? Yup! Mavrovo, Galicica, and Pelister are the names of their parks. Each are very different.

- Tourism is important - Macedonia receives over 500,000 tourists per year and that helps their economy.

- In 2010 the International Herald Tribune ranked Macedonia 21st in its top 31 destinations to visit and the country also appeared in a CNN tourism special.

Are you planning a trip to Macedonia or just looking for an old map for historical purposes? A Macedonia book and travel map should have everything you need.

Here's another old ancient map of Macedonia is you still haven't found the map you are looking for. 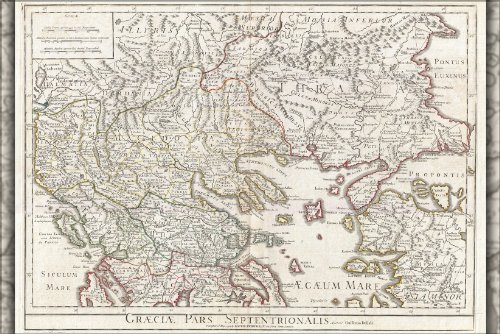 I hope you found the ancient map of Macedonia that you were looking for!