One of A Kind - The Giraffe

The Giraffe - An Example of a Monotypic Genus

The giraffe (Giraffa camelopardalis) belongs to the family, Giraffidae, and the genus Giraffa. 'Camelopard' is an archaic English name for the giraffe referring to its camel-like face and leopard-like patches.

The giraffe is an ungulate (hooved) mammal, the tallest of all land-living animals and the largest of the ruminants.

G.c.camelopardalis is the nominate subspecies also known as the Nubian. The coat pattern has large, four-sided chestnut-brown spots on an off-white background. There are no spots below the hocks or on the inner legs. It is endemic to eastern Sudan and north-eastern DR Congo.

G.c.reticulata, known as the reticulated or Somali giraffe, has well defined, (usually) bright orange-brown patches with sharp edges and separated by bold, bright white lines. It is found in north-eastern Kenya, Somalia and southern Ethiopia. It seems to be the most common species found in zoos.

G.c.angolensis, known as the Angolan or smoky giraffe, has large spots with notches round the edges. The entire lower leg is patched. It is endemic to western Zimbabwe, Botswana, south-western Zambia, northern Namibia and southern Angola.

G.c.antiquorum, known as the Kordofan giraffe, has smallish, irregular spots. It is found in southern Chad, Central African Republic and northern Cameroon.

G.c.tippelskirchi, known as the Masai or Kilimanjaro giraffe, is the darkest coloured of the subspecies and is found in central and southern Kenya and Tanzania. The dark brown patches are the shape of vine-leaves with jagged edges on a brownish-cream background.

G.c.rothschildi, also known as Rothschild, Baringo or Ugandan giraffe, ranges from Uganda and west central Kenya and southern Sudan. It is often seen at Lake Baringo hence the 'Baringo giraffe' name. The patches are deep brown blotches or rectangular spots with poorly defined edges and cream background. There is little patterning on the very pale legs.

G.c.giraffa, or South African giraffe, has rounded or blotched patches. There may be star-like extensions on a light tan background. Patterning runs right to the hooves. It is endemic to northern South Africa, southern Botswana, southern Zimbabwe and south-west Mozambique.

G.c.thornicrofti, known as the Thornicroft or Rhodesian giraffe, has patches that are star- or leaf-shaped and extend down the legs. It is found in the Luangwa Valley in eastern Zambia.

G.c.peralta, known as the West African or Nigerian giraffe, has a number of pale, yellowish red patches. It is endemic to southern Niger and is the rarest of the subspecies.

Some of these populations number in the hundreds and are in need of immediate protection. It is important for conservationists to appreciate that there are a number of subspecies and not just a generic giraffe.

HabitatSavannas, grasslands and open woodlands are preferred by giraffe. If food is scarce they will move into areas of more dense vegetation. Acacias often form their main food source.

DescriptionThe adult male giraffe may weigh from 800 to 1,200 kg and reach up to 5.5 metres at the tips of the horns. The tallest recorded was almost 6 metres. The females are smaller ranging from 550 to 830 kg and around 4 and 4.5 metres tall.

Even between animals of the same subspecies, each coat pattern is unique to each individual. The patches are the site of large blood vessels and large sweat glands and are thought to act as thermal regulators. The coat may serve as a chemical defence as it contains antibiotics and parasite repellents. At least eleven aromatic chemicals are present in the coat with old males having a very smelly odour.

Adults have a 12 cm long mane. The skull contains large sinuses in the upper part which lightens the weight of the head.

Both sexes have prominent horns called ossicones. The horns of the females usually have tufts of hair on top of the horns whereas the horns of the males are larger and generally have no tufts. Males sometimes appear to have several more than two horns but these are calcium deposits.

The neck of the giraffe is very elongated and may be over 2 metres in length. This can account for half its height. A shoulder hump of muscles supports the neck and allows the neck to spring back to into position after being lowered towards the earth. The giraffe has an equal number of vertebrae to most other deer and ungulate species. However the cervical vertebrae are disproportionately longer and comprise 45 to 50% of the length of the spine compared to the typical 30% of large ungulates. Much of this elongation occurs after birth.

The windpipe, because of its length, contains a mix of inhaled and exhaled air making oxygen levels low. This means the giraffe must take over 20 breaths a minute even in a resting state. 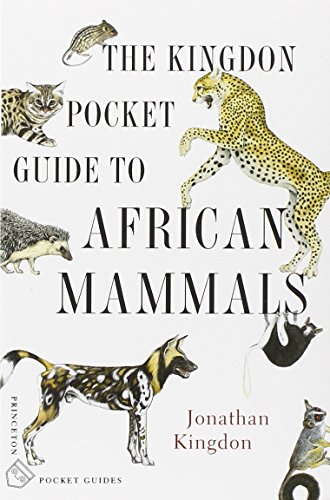 At the other end of the animal, the blood vessels of the lower legs are under great pressure because of the gravitational weight of fluids. High extravascular pressure is maintained by a very tight sheath of thick skin over the lower legs.

LocomotionThe forelegs of the giraffe are roughly 10% longer than the hindlegs. The hooves are divided into two toes and measure about 6 inches across in males and 4 inches in females. Giraffes can sprint at 60 km/h for short distances. It has a stiff gait when walking. The giraffe 'paces', moving both right legs together followed by both left legs. To gallop it moves the weight back onto the hindquarters and thrusts the front legs forward, pushing off again as they touch the ground.

BehaviourGiraffes form loose groups which come together and disband every few hours. Only calving groups stay together for extended periods. Calves and juveniles are rarely left alone. Giraffes do not need long periods of sleep averaging only around 4 to 5 hours per day. Giraffes make a variety of noises although they are not often vocal. They can also produce sounds which cannot be heard by the human ear.

NutritionGiraffes browse on twigs and leaves. The tongue, lips and palate are tough and sharp thorns are ingested without injury. Acacia trees form a large part of their diet although they also eat grass and fruit. The prehensile tongue is about 45 cm long. Leaves are grasped with the tongue and pulled into the mouth.

Just like other ruminants, once food is swallowed, it is regurgitated and chewed again several times before finally passing into the stomach. The giraffe can go without water for extended periods, often getting sufficient moisture from green leaves. Giraffes feed mostly between 2 and 4 metres above the ground.

ReproductionGiraffes have a gestation period of 400 to 460 days. Only older males are likely to be able to mate. Oestrous in females is detected by the male sniffing and/or tasting the urine of the female. Dominant males will stare down rivals and walk towards them, driving them off. Females will delay mating until the most dominant male is the only one around.

Generally a single calf is 'dropped' from a standing position with the birth sac bursting on hitting the ground. A newborn giraffe will be about 1.8 metres tall and weigh about 68 kg. Within a few hours, they are running but will spend a lot of time sleeping for a few weeks. Mothers with calves may move and browse together, even leaving their calves in a group with one female. If a calf is threatened, the female will stand over the calf and woe betide any animal that thinks a giraffe calf is easy prey. 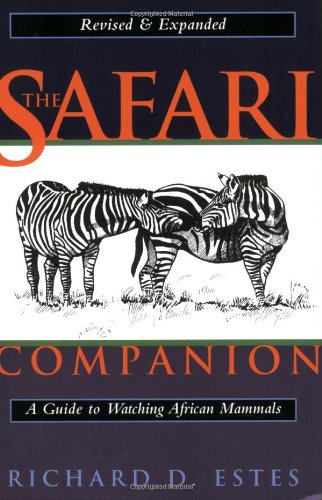 The Safari Companion: A Guide to Watching African Mammals Amazon Price: $30.00 $10.00 Buy Now(price as of Apr 14, 2016)
This new edition is indispensable for those wishing to know more about the animals they are likely to see on a visit to an African wildlife park.

Giraffes are able to kick in all directions and can inflict great, if not lethal, damage. Their main predators are lions, wild dogs, spotted hyenas, leopards and crocodiles. Giraffes are at their most vulnerable when drinking as their vision is impeded and with their legs splayed or knees bent, they are not at their most balanced. Giraffes often travel with herds of zebra and wildebeest and with their excellent vision and height above the grasslands, they make great sentinels for the other species.

Only a quarter to half of all calves will survive to become adults. The lifespan is about 25 years in the wild and a little longer in captivity.

Males fight by 'necking', swinging their heads and necks against each other. These fights last only a few minutes and there is rarely any physical injury. It is common practice for males to court and caress other males by 'necking' in a sexual display which leads to mounting and climaxing.

ThreatsGiraffes are hunted for the tails, hides and meat. The tails may become good luck charms or flyswats. The giraffe is a protected species with several of the subspecies being at great danger of becoming extinct. Although generally listed as 'of least concern', this is an overall view. It has vanished from many of its original habitats.

The West African giraffe has only one viable population of some 200 odd individuals still in existence. It is very difficult for conservationists to obtain accurate data but the West African, Nubian and Rothschild have been classified as endangered.