See a complete list of my featured articles here: "Featured Articles on InfoBarrel" If you enjoy writing and would like to earn money with your articles sign-up for InfoBarrel today!
InfoBarrel is a writing platform for non-fiction, reference-based, informative content. Opinions expressed by InfoBarrel writers are their own.
InfoBarrel > Entertainment

Knock, Knock! Who's There?

The knock, knock joke, almost everyone has heard one. Some are funny, some silly, and some just plain bad but they all begin with the familiar phrase: "Knock, knock! Who's there . . .?" But, while the beginning is the same, there are several endings to this popular and oftentimes funny quip. If you’ve ever told a knock, knock joke you know what fun it can be to watch the reaction of the recipients. Children will often laugh with giddiness and delight, while adults get a kick out of the simplicity and silliness of the punch line.

The exact year of the first knock, knock joke is not known, the earliest year has been traced back to December of 1936. A popular radio program was broadcasting a playful end of the year review of what they termed the year’s least important events. These events included a segment on Ramrod Dank, a man who "invented a negative craze" and coined the phrase; "knock, knock."

This formula gained steam and became extremely popular in the 1950s. The joke regained popularity in the late 60s and early 70s when it became a regular joke in the popular weekly variety show, "Rowan & Martin's Laugh-In."

A 1936 letter from a steward on the Nahlin steam yacht was discovered in 2010. It outlined the day to day activities on the busy yacht during a Mediterranean cruise. It also made reference to some of the passengers which included King Edward VIII and Wallis Simpson. The letter contained the following passage: "Knock, knock! Who's there? Edward Rex. Edward Rex who? Edward wrecks the Coronation."

The knock, knock joke has been repeated by millions of people all over the world. The most familiar of these witty jokes is the banana/orange play on words but there have been several variations of the joke.

One of the reasons for their popularity is that they are easy to understand, quick and quirky. The formula doesn't require a great deal of thinking and it appeals to both children and adults alike.

The following are some of the most well-known and beloved of the knock, knock jokes:

These are just a few of the hundreds, maybe even thousands of knock, knock jokes. What are some of your favorites? Better yet, I challenge you to make up your own!

For information on other fun topics, see the following: 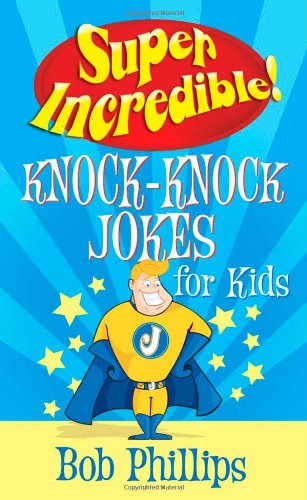