I am a retired teacher of English as a second language. I teach on line via Skype, and write on-line articles which reflect my love of travel, language, literature, history and culture. I love writing for InfoBarrel. Why not join me by signing up here: http://www.infobarrel.com/signup.php
InfoBarrel is a writing platform for non-fiction, reference-based, informative content. Opinions expressed by InfoBarrel writers are their own.
InfoBarrel > Lifestyle > Pets & Animals

Orcas: The Fascinating and Mysterious World of the Killer Whale

Orcas are stunning black and white sea mammals that live in all the world's oceans. The ancient Nazca of Peru portrayed them on their pottery, and the legendary Nazca lines include killer whale images. Peoples of the Pacific Northwest coast of North America regard them with awe and wonder, and according to Tsimshian mythology they were white wolves who changed into whales to sing the history of the Earth.

Credit: By http://www.flickr.com/photos/hisgett/ Ahisgett [CC BY 2.0 (http://creativecommons.org/licenses/by/2.0)], via Wikimedia Commons

Their scientific name is Orcinus Orca.  They are sometimes called blackfish, although they are not entirely black and are not fish. They are more commonly called killer whales although they are actually not whales but the largest members of the dolphin family; large male orcas may be as long as 26 feet and weigh up to eight tons.

Credit: By Original: Chris huh detailed version by me using This vector image was created with Inkscape. (Image:Orca_size.svg) [GFDL (http://www.gnu.org/copyleft/fdl.html) or CC-BY-SA-3.0 (http://creativecommons.org/licenses/by-sa/3.0/)], via Wikimedia Co

There is much that is not known about orcas. It is not certain, for instance, how long they live, and estimates of their life span vary from 30 to 90 years. Scientists have studied orcas in the oceans of Argentina, Japan, Iceland, Russia, New Zealand and Norway. There have also been attempts to study Antarctic orcas, but the harsh Antarctic climate makes this a challenge. Although researchers generally agree that Antarctic orcas appear to be a separate subspecies, they do not agree on how to classify other groups.

The most intensely studied orca population is that of the Salish Sea, off the coast of British Columbia, Canada. These are classified into three groups. Resident orcas live in coastal waters, eat fish and live in complex social groups. Transient orcas live along the Pacific coast from Alaska to Mexico. These appear to be a separate subspecies, possibly all belonging to the same extended family. They travel in small groups of two to six individuals, have less complex vocalization than resident orcas and feed on marine mammals. Less is known about the third group, offshore orcas, which were only discovered in 1988.  These live in the open ocean and congregate in large groups. They feed on fish, marine mammals and sharks.

Orcas are highly intelligent animals that have large brains with a complexity rivaling or even surpassing that of humans.

One thing that makes orca brains so complex is their highly developed auditory cortex. This serves as the control center for an incredibly precise echolocation system which gives them superior navigation and hunting capabilities. In addition, Orcas use a variety of clicks and whistles for communication.

Like human language, orca sound patterns are highly complex with rapid changes in tone and pitch. Another similarity with human language is that different groups use different call patterns, just as different human groups speak different dialects or languages. Each pod of resident North American Pacific orcas, for example, has a unique dialect which calves learn from other pod members.  Offshore orcas also have their own group-specific dialects, while transient orcas along the entire the North American west coast are united by a single dialect.

Listen to the Dialects of Different Orca Pods

Songs and Sounds of Orcinus Orca 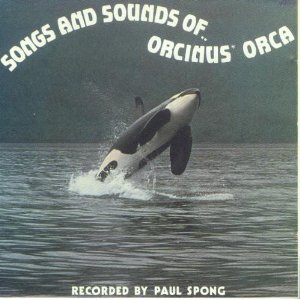 Orcas have a complex social structure which rivals that of the higher primates. Northeast Pacific resident orcas live in matrilines, groups consisting of a matriarch and her descendants. Pods are groups of up to four matrilines. While matrilines stay together, pods are more loosely connected and may separate for extended periods of time.  A group of pods with a similar dialect forms a clan, and a group of clans which mingle regularly forms a community. Sometimes several pods meet together  to form a "super pod".  Orcas do not mate within their own pod, so these super pod gatherings provide an opportunity for males to find mates.

These hunting behaviors are not instinctive. They are learned techniques which are often unique to specific groups. There are many anecdotes about the orca's capacity to learn by observation, to cooperate to solve problems, and to teach each other new skills. A young male orca in Marineland, Ontario, for example, began catching seagulls by hiding underwater and spitting out fish as bait. By observing and imitating his technique, all the orcas at the facility subsequently learned the same trick. Alaskan fishermen report that orcas seem to enjoy cooperating with each other to outsmart the fishermen and steal fish from their lines. Argentinian mother orcas have been observed teaching their young to strand themselves on the beach to catch seals by pushing them onto the beach and then helping them to get back into the water.

four-year-old killer whale in Marineland, Ont setting a trap for seagulls by spitting fish onto the water's surface as bait.

Clues to the orca's intelligence are found in its brain structure. The limbic lobe, an area of the brain which is important for emotion and memory, is larger and more highly developed in orcas than in humans. Other brain structures involved in emotional processing are spindle neurons. These are long brain cells which facilitate high speed information processing during social interactions.  It is believed that spindle neurons enable humans to understand emotional cues, and that they are crucial to speech, social organization, and empathy.

Because orcas have three times as many spindle neurons as humans and a more developed limbic node, many researchers believe they have a highly developed capacity for feeling and empathy. People who work with captive killer whales or observe them in the wild are convinced that they are sensitive and self aware, and capable of experiencing joy, frustration and anger.

People who support keeping captive orcas argue that they provide invaluable opportunities for city dwellers to come in contact with nature, that they serve a vital educational function, and that they play an important role in raising public awareness of conservation issues.

But animal rights activists have raised many ethical questions about human exploitation of killer whales. In order to capture a wild orca for marine parks hunters have generally targeted calves and often needed to kill other members of the pod in order to separate a calf from its mother.

Captive orcas are crowded into inadequately small tanks and trained to entertain human audiences using techniques which include punishment by starvation and solitary confinement. According to Ben Williamson, the spokesperson for People for the Ethical Treatment of Animals (PETA), a marine park "is a sea circus, and the orcas are its abused elephants.”

But activists are most concerned about the stress of captivity and its effect on the mammals themselves. Captive killer whales often develop disturbing compulsive habits. They may swim obsessively in small circles or float listlessly on the surface of the water, and sometimes chew on the gates and sides of their tanks until they completely wear down their teeth.

Aggression has never been observed in wild orcas, either directed at other orcas or at humans. However, in captivity orcas crowded together in small tanks have attacked each other and their human captors sometimes with fatal results. The documentary Blackfish investigates the 201o killing of orca trainer Dawn Brancheau by Sea World's Tilikum and castigates the marine park industry and its treatment of captive orcas. 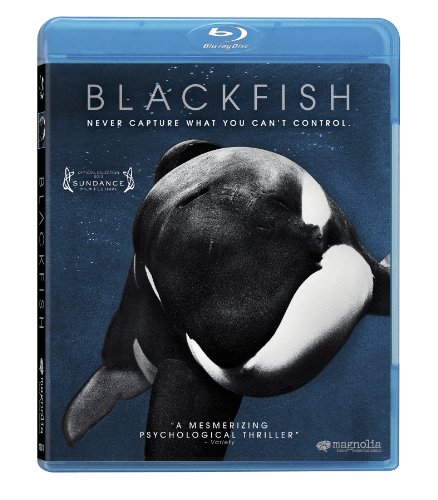 Tilikum was born wild and ranged freely with his family for the first two years of his life. Then, in 1983 when he was two years old, he was captured and confined in a small holding tank in Iceland for a year before being transferred to Sealand in British Columbia, Canada. He was trained to perform for park visitors and followed a gruelling performance schedule of eight performances a day, seven days a week. He lived in close quarters with two dominant females, Haida and Nootka, who bullied him by biting and scratching him with their teeth. Confined, bullied and overworked, Tilikum became so stressed that he developed stomach ulcers.

On February 21, 1991, park visitors watched with horror as trainer Keltie Byrne fell into the orca pool and drowned when the three whales played with her like a rag doll.

One year later, Sealand closed and Tilikum was sold to Sea World, California for their captive breeding program. He became a star performer and there were no apparent problems until July 7, 1999 when Sea World visitor Daniel Dukes sneaked into the orca tank after closing hours. The next day, Tilikum was found with Duke's battered naked body draped over his back. The autopsy report gave the cause of death as drowning.

On February 24, 2010 Tilikum grabbed experienced trainer Dawn Brancheau by the arm and, in spite of desperate rescue efforts by other Sea World trainers, thrashed her around in the water before drowning her.

One explanation for Tilikum's behavior is that he regards humans as stimulating playthings and did not mean to kill anyone. A darker explanation, proposed in the documentary Blackfish, is that he was driven into a psychotic state by his unnatural confinement and knew exactly what he was doing.

Animal rights activists are pleased that California recently became the first state in the U.S. to ban the captive breeding, trade or sale of orcas. However, they continue to call for captive whales to enjoy a more natural life in coastal sanctuaries. 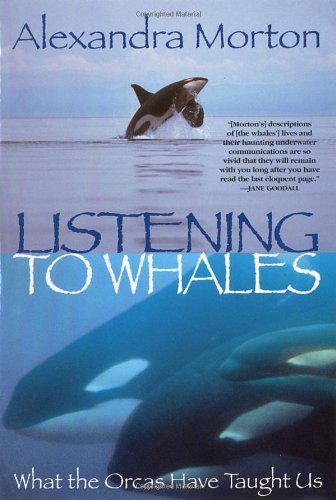 Wild orcas have few natural enemies. Although sharks may prey on calves, most die of disease or old age. Their biggest threat comes from humans. In addition to being captured for marine parks, orcas have been hunted for food and killed by fishermen competing for the same fish stocks.

The biggest threat to orcas nowadays is from man made environmental toxins.

Following the 1989 Exxon Valdez oil spill, one Alaskan transient orca group lost 14 of its 22 members and their numbers continue to decline because no new calves have been born since the spill. The U.S. National Parks Service believes that toxins such as DDT and PCBs have harmful effects on the orca's reproductive and immune systems.

As researchers discover more about orcas, the more fascinating they appear. These highly intelligent creatures live in complex societies and are cultural beings. They have a capacity for emotion and empathy that pass their language and survival techniques from one generation to the next. Perhaps we can learn to share the earth with these ocean cousins and, instead of exploiting them, offer them our respect and protection.