Hi, thanks for reading my articles. I am Hannie Mommers, living in the Netherlands with my husband. We try to live healthy. Exercising daily and hiking a lot. My husband is a 100% vegetarian, but I like seafood once in a while or a little bit of chicken. Although I must say that joining his strict diet most of the time took away the few kilo of overweight I had. If you want to know more about me, visit my facebookpage . You can write your own articles for InfoBarrel too. Join us!
InfoBarrel is a writing platform for non-fiction, reference-based, informative content. Opinions expressed by InfoBarrel writers are their own.
InfoBarrel > Health > Diseases & Conditions

Overcoming Gout by a Balanced Diet

Maybe most husbands are like mine: stubborn. The things he gets in his head, stay in his head. But that’s not always bad. Ten years ago he suffered his first attack from the gout. The big toe of his left foot, in fact his entire left foot, swelled from a severe and very painful inflammation. He couldn’t walk and had such a high fever that he had to stay in bed. He did not consult any physician. Stubborn, remember!After two weeks he recovered with no lasting problems. He was looking at me quite triumphant. “I told you so, what comes suddenly, goes away suddenly”.But two years later he was struck by another attack with the exact same proceedings. Later we learned gout attacks appear every two years to start with.

Despite my plea to visit a physician he stayed in bed and ran it out as he did the first time. After a complete recovery another two years went by and again he was immobilized. This time for three whole weeks. Even for him this was too much and he consulted our GP.

The GP explained to him that he was suffering from the gout (which we hadn’t guessed) and that the gout is an inflammation (which was obvious) caused by the crystallization of purine on his joints. Purine is a chemical compound common in our blood and related to, but not the same as, urine acid. Normally an overdose of purine leaves the body in a natural way with the urine. Purine enters the body through the food we eat and drink. If an overdose of purine does not leave the body the purine crystals will grow on the joints and inflame the soft tissue that surrounds them. If not treated gout attacks can develop into rheumatoid arthritis.

The GP told my husband he had to loose weight (no news there) and that his lifestyle was too exuberant, because obviously he drank too much red wine (this remark made no impression on us since he only drank white wine at that time and rarely more than a few glasses a week) and he ate too much red meat (and that remark for sure didn’t resonate because ever since the first birthday of our son, now thirty four years ago, we do not eat red meat at all).Our GP finished by stating that to suppress the gout my husband could take medication for the rest of his life.

Except for the loss of weight this was no sound advice and my husband googled on the internet. He discovered that a strict diet of purine free food could perhaps help him to reduce the level of purine in his blood. And here his stubborn attitude came in handy. He chose the most severe purine free diet possible, stopped drinking both soft drinks and alcohol. And although he never ate much fish or poultry to begin with he became vegetarian completely. In two months he lost over twenty kilo, which showed on him, never felt himself any better and has now been free of any attack from the gout for over three years.

I must say sometimes I worry a bit, because he didn’t consult a dietitian. And stubborn as he is, I can’t convince him he should. But nevertheless, can you believe how happy we are with this result? 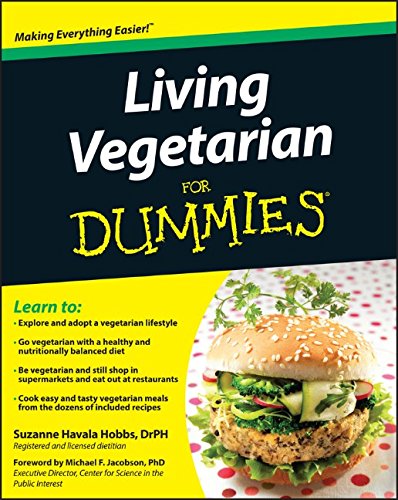