Darren has worked with computers and the Internet since the late 1990's and is now working on his own website Build My Own Computer On Twitter? Follow Golden Block   Publish Your Own Writing on InfoBarrel
InfoBarrel is a writing platform for non-fiction, reference-based, informative content. Opinions expressed by InfoBarrel writers are their own.
InfoBarrel > Technology > Computers & Tablets

As your hard disk drive starts to become full with programs, files and photographs; it will cause problems when you use your desktop computer or laptop. With the abundance of media rich applications, downloadable TV (legitimately or otherwise) and more complex webpages; the amount of free space on hard drives around the world is shrinking. What people do not realise though is that it's not best practice to simply wait until the disk is full to take action; this will mean you are already suffering from its effects.

Firstly a warning; for the majority of users learning from this article, it is expected that you will be using a Windows operating system such as Windows XP or Windows 7. If you let your storage get more than 85% full, the inbuilt Disk Defragment program on your operating system will not do a work as effectively[1]. Allowing computer files to fragment will mean that it takes more effort for your operating system to read all the information that it needs and may lead to premature failure of your disk.

For all operating system users there is an extra problem with the speed that your hard drive will read its data. When you first install an operating system on your new (or re-formatted) drive; the information starts being written on the outer most ring of the plates. As more data is added it is inevitable that you will end up using more recent data towards the centre of your HDD more often and because of the geometry of reading data on a smaller ring; the disk must go slower to compensate[2]. Modern techniques have introduced zonal bit recording but the fact that information is often commercially sensitive, it is not usually published on a consumer basis.

Something else that a full hard drive affects is the virtual memory of the computer which can again slow down your desktop computer or laptop. When your RAM Memory is full, your computer automatically writes some of the least used information to a section of your hard drive. The result of full storage will mean that this virtual memory will be pushed to the centre of the hard disk resulting in again, the plates of the drive being read slower and affecting your system.

So What Do I Buy?

There are many factors that will affect what your decision is when you buy new storage. These range from the essential to the optional, but remember that every type of drive will come in different capacities as well as technologies

What connections do you have in your computer?

Credit: http://en.wikipedia.org/wiki/User:BerkutIf you are replacing an existing storage drive then you will already have a starting point as to what type you will need. In many desktop computers that are now mid-life, there is a chance that the hard drive that is in use is of the IDE variety whereas newer SATA drives are available to install, just were a little expensive in the past.

Credit: D-Kuru/Wikimedia CommonsIf you only have an IDE connection then its a little more complicated as the choice is more restricted

and newer drives less common; but there still is enough choice to suit the majority of uses.

Do you want space, speed or silence?

It's important to have an understanding of what you want out of your storage. The consumer market is not always geared up to help those that are new to maintaining or upgrading their desktop computer because the profit margins are all in actually doing the job for you. Discounting those that can only make like-for-like replacements on the IDE or laptop interface,  there are a few factors that should be taken into account:

If you are looking for a near silent hard drive for your media centre or a lightning fast boot up of your operating system (Windows 7 can be fully booted within 30 seconds![3]) then you should be looking to a solid state hard drive, at least for your main operating system disk. The problem with SSD at the moment is that it is still considerably more expensive than your traditional hard storage and so in many cases SSD is only used to run programs and Windows.

If you need lots of space to download lots of (legitimate) movies or gigabyte hungry games, then the SATA HDD

is still the way to go. It is worth pointing out that at the time of writing (January 2014) the price of memory of all types are only just returning to similar consumer prices to those four years ago; after flooding in Thailand[4] in 2011 caused a fall in the supply of components and hard disk drives which has caused prices to rise.

What about a Hybrid?

Many manufacturers are now also dabbling in the world of hybrid hard drives. These have been on the market for around 8 or 9 years although originally targeted at computer manufacturers and are essentially a combination of both a small SSD drive and a large SATA drive.

The technology inside a hybrid means that once the accompanying software is installed a computer will see it as a single drive and combines value with an increase in speed.

There are some manufacturers making these and they are slightly more expensive than a normal SATA hard drive. This may be a hard disk drive that appeals to many consumers; however it is not a drive that could be considered at the moment if you work with data intensive applications such as video editing or compiling large databases because of the small size of the flash drive. Reviews of hybrid drives from consumer review sites give high praise, but there have been very few manufacturers developing these and the core of production is aimed at the SATA hard drive. 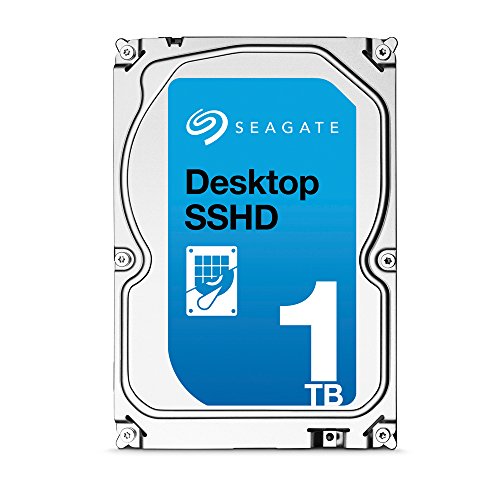 It is difficult to end an article that has so many variables to consider.

Me.... I went off and bought Network Attached Storage to, but that's a whole new article in itself.