PC Games You Can Play With Your Spouse

One of the most notable differences between PC and console gaming is that the former can be a solitary affair. It's mostly just you in front of your PC blasting away at opponents on the screen. You can play with your friends via the Internet, but there may come a time when your non-gamer spouse decides to try and take a stab at your hobby.

With consoles, this is not a problem because you can just give her the second controller and she can start playing immediately. But with PCs, majority of the exclusive games are not meant to be played by two people side-by-side. Thankfully, there are exceptions. Most of them are just ports of console games, but they do the job well if you don't have a console.

The choice of games to play is a factor if you want both you and your partner to enjoy the activity. The main problem with multiplayer video games is that a large number of them pit you against the other player. This poses a conundrum for the veteran and novice gamer: it's either you beat your partner in every game that it stops being enjoyable for her, or you give her too much leeway that it stops being enjoyable for you.

In order to solve this problem, the games that you have to play should be co-op type games, where you and your partner have common goals and must work together to achieve them. This way, instead of pitting your mismatched skills against each other, the game instead tasks both of you with helping and complementing each other.

Most people who play games on their PC already have this, but it's worth pointing out: a large monitor or at least the ability to output to your TV (via HDMI, because you'll want to have those sounds coming out of the TV instead of your computer.) Not having this will make multiplayer gaming difficult as you both try to get a good view of the action while scrunched in front of a small screen.

You also need a couple of game pads, because even if you and your partner feel comfortable fighting for space on a single keyboard, the average keyboard only allows 3 to 4 keys to be pressed at the same time, resulting in limited functionality for games. PC Game Pads are cheap nowadays and they are mostly plug and play through the USB port. 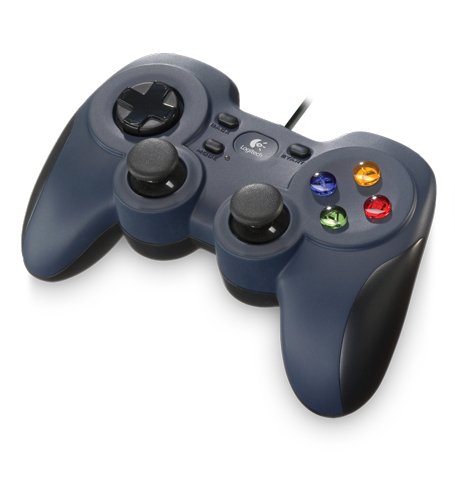 The LEGO series of action games are good examples of titles that bring together a little bit of what makes games from different genres great. It has action and puzzle elements, humorous stories with a lot of attention to detail, and they are based on franchises that will be familiar even to non-gamers.

The LEGO titles are meant for kids, so expect the difficulty to be dialed down a bit. The game lets two players play together at the same time, and while you can hit your partner, there are no consequences as the characters get reassembled immediately after "dying." (everything in the game is made up of LEGO blocks and pieces, so they can be reassembled after breaking apart.)

The LEGO games are great for goofing around with your partner, and the childlike setting the games take place in encourage this behavior. You can tease the other player by hitting them instead of the enemies, or bumping them around until they fall into pits or in front of enemy fire. It's almost a requirement to do this, because the games - as expected of kid-oriented titles - are fairly linear and will be too boring when played straight. 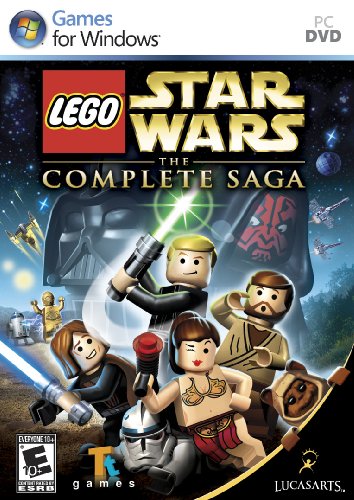 Marvel Ultimate Alliance is an action RPG that lets players control 4 different Marvel heroes at the same time (3 of the characters are controlled by the CPU, with the player having the option to switch characters on the fly) as they traverse stages taken straight out of the comic books, fighting hordes of henchmen, robots, demons, and the occasional Boss Villain.

During multiplayer, the four characters are split between you and your partner, with each player being given control of two heroes. The game is actually meant to be played with another human character, since there are puzzle elements that need to be solved via teamwork (e.g. a switch that has two separate switches that must be pressed at the same time.) The CPU AI does a good job of doing his part, but coordinating with another human player is more fun. Sadly, you can't beat up on your partner as there's no friendly fire in the engine.

This game is recommended over its predecessor, X-Men Legends 2 because of one simple reason: it allows characters to block. This will allow the less skilled person (your spouse) to block if she's being overwhelmed, while you go in and save the day. 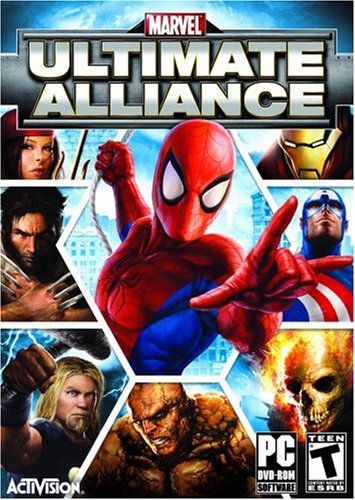 Once you've both grown tired of co-op, you should be careful about the type of games to play next. Fighting Games should be avoided at first, because it is a highly competitive genre that depends a lot on skill and familiarity with the complex controls. This is where Sonic and Sega All-Stars Racing Transformed comes in.

Sonic and Sega All-Stars Racing Transformed is a racing game (or rather, a kart game), which also pits you and your partner against each other. The difference between racing games and fighting games, and why the former is a better choice, is that kart games is a lot easier for a complete novice to pick up. Unlike the complicated button presses and the timing that must be mastered in fighting games, kart games can be enjoyed by your partner as soon as she learns how to steer and accelerate. Additionally, the fact that you're both competing against each other and a bunch of computer-controlled racers means that the competitive edge is softened a bit, so you can go full blast without worrying about making your spouse feel like a lose (since she can beat the CPU racers.)

Another advantage to Sonic and Sega All-Stars Racing Transformed is that it has both gritty, action-oriented characters like Shinobi and Strider, alongside cute characters like Tails, Sonic, Amy, Alex Kidd, and Danica Patrick. What's more, it gives the illusion of complexity via the transforming mechanic, which is done automatically once the player reaches certain landmarks. The game uses a split-screen feature for multiplayer, which is where the large screen monitor becomes a requirement. 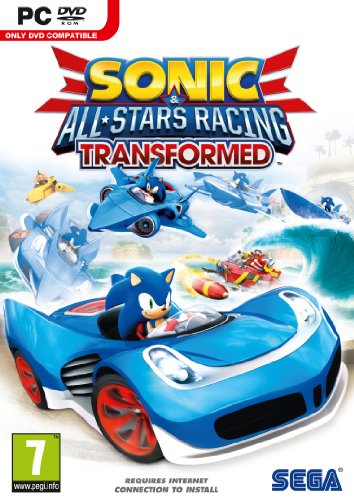 Note that there are other iterations of the games provided in this article, but I picked the best ones. The other games can be explored once you and your partner has played enough of the three examples, or you could move towards more competitive games like Street Fighter x Tekken or Mortal Kombat Komplete Edition.

The choices for co-op play on the PC is admittedly thin, due to the nature of the platform. Assuming that you don't have an extra PC in the house, your best bet if you want more choices in genres and titles (or if your partner has turned into a full-fledged gamer and wants more time with the PC) is to get an actual console.