The anime craze in the West has mostly come and gone. Sure, there’s still plenty of people with an interest in Japanese animation. There are plenty who keep up with the latest shows, comics, and even attend conventions like Anime Boston. But for a lot of fans, anime’s time has mostly passed by. Sometimes people outgrow the medium, but oftentimes fans become a bit cynical and disillusioned with shows that, while imported to the West, oftentimes feel like they’re made for a very particular niche audience.

What’s an anime fan to do to restore their faith? There are plenty of older shows available that don’t fall victim to a lot of the common flaws seen in Japanese animation. Far from being flashy or inaccessible, they’re quality stories that can have a surprisingly wide appeal considering their age.

One of the best of these series is Mobile Police: Patlabor, a show about a giant robot unit of the Tokyo Metropolitan Police. Patlabor extends across many series and manga, but this review will focus on the TV series. In the near future, giant robots - called Labors - are used mainly for mundane tasks such as construction projects. When you have something that big and powerful though, some people are bound to misuse them. This is where our heroes at the Special Vehicles Unit come in.

Created in the late eighties by some of the most famous names in the medium - such as Mamoru Oshii and Kazunori Ito - Patlabor offers a more down to earth approach from the typical giant robot show. For starters, the robots themselves aren’t the super powered machines you would see in later shows such as Neon Genesis Evangelion. The series really shows the amount of effort required in using and maintaining the Labors. They can’t move long distances on their own, are more susceptible to damage than anime fans might be used to, and have to be maintained by a large crew of engineers.

Not to mention that instead of an elite group of fighters, the Special Vehicles Unit is composed of a misfit group of officers that have to deal with the same budget problems, petty bureaucracy, and other issues that come with working as a civil servant. (In one of the series best running jokes, every time an officer acts aggressively like a more typical anime hero, they’re usually reprimanded or forced to write a report in the next scene).

The series is highly episodic, with very few extended plot arcs, and for the most part stories play out in a more realistic fashion. Well “realistic” isn’t quite the right world - after all, some of the episodes involve concepts that are pretty silly - but the point is the show’s atmosphere is much more rooted in the everyday than a lot of similar series out there.

What stands out about the series is its characterization, which isn’t particularly deep but does a great job of making you care about the cast. Each character comes across as a bit stereotypical at first, but the show does a great (and subtle!) job of showing you that there’s more to them that meets the eye. Take the SVU Captain Goto, who comes across as absent minded and spacey, but usually has a better idea of what’s going on than his officers do.

If the show has a flaw, it’s probably that some of the stories are a bit too ridiculous for their own good. Sometimes this works in the shows favor - such as the hilarious episode about a mafia boss wanting to become a labor pilot - but often it falls flat, especially when the show introduces silly, generic plots involving pop stars and foreign princes. Also, because of the series lighthearted feel, there’s almost never any sense of tension or danger in any episode. Everything tends to wrap up a little too neatly and coincidentally in each story’s climax.

Still these are small things compared to what the show does get right. Patlabor isn’t life changing, but it’s a great change of pace from flashy modern shows. It’s a sincere, lighthearted comedy drama that gets a lot of little things right. 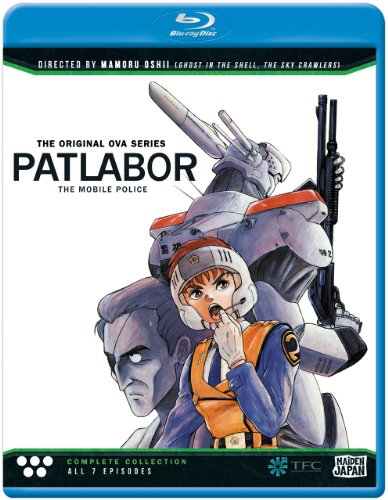