I am a retired teacher of English as a second language. I teach on line via Skype, and write on-line articles which reflect my love of travel, language, literature, history and culture. I love writing for InfoBarrel. Why not join me by signing up here: http://www.infobarrel.com/signup.php
InfoBarrel is a writing platform for non-fiction, reference-based, informative content. Opinions expressed by InfoBarrel writers are their own.
InfoBarrel > Lifestyle > Politics & Government

Canada was founded in 1867 under the Constitution Act or British North America Act on the principles of peace, order, and good government. The Canadian system of government, like that of many Commonwealth member countries, is a Westminster style parliamentary democracy with a constitutional monarchy.

On October 19, 2015 Canada went to the polls and, with a 68.5% voter turnout, ousted the Conservative government of Prime Minister Steven Harper by showing overwhelming support for the Liberal party. This was the longest federal election campaign in Canadian history. It lasted for 11 weeks.

The Role of the Crown

Before the election the federal government was dissolved and an election was called by the Governor General of Canada, who is the official representative of the Queen Elizabeth II (The Crown). The Queen is the symbolic head of most member states of the British Commonwealth, and has the power to govern any of these countries directly if there is a constitutional crisis. However, the Crown's role is primarily ceremonial. In Canada, a Governor General is appointed to act on the Crown's behalf.

In addition to calling elections, the Crown’s ceremonial duties include opening a new session of parliament, outlining government policy in an annual throne speech, and granting Royal Assent to laws.

While some candidates may run as independents, most are affiliated with a registered political party. Canada has a multi-party system which allows for a wide range of voices to be heard during an election campaign. As of October 2015, Elections Canada recognized 23 registered parties ranging from Libertarian on the extreme right to Marxist-Leninist on the far left. The major parties are the Conservatives on the right, the Liberals in the center, the New Democrats on the left, and the Bloc Quebecois, which specifically represents the interests of the Province of Quebec. The newest party making inroads on the political scene is the Green Party, which had one MP elected in the 2015 election.

Following the election the Governor General will ask the leader of the Party with the largest number of elected MPs to serve as Prime Minister and to form the next government. If no one party has a clear majority, two parties may agree to work together to form a coalition government and the Prime Minister will be the leader of whichever of these two parties has the largest number of MPs.  The P.M. will choose elected party members as ministers to head various government departments. These ministers will form the Cabinet. The Prime Minister and Cabinet will formulate policies and bring them to the House of Commons for debate and approval.

The party has the second highest number of elected MPs forms the Official Opposition. The Opposition’s role is to keep the government accountable by asking probing questions in the House concerning its policies and actions.

A key principle of the parliamentary system is responsible government, which is based on established traditions of accountability. Members of Parliament are accountable to their electorate. The Prime Minister and Cabinet are in turn accountable to MP’s in the House of Commons, and must answer to the House in open debate during Question Period.

The Canadian Federal Government is responsible for international affairs such as trade, banking and currency, foreign affairs, defense, and citizenship. It also regulates national issues including inter-provincial trade, the census, copyrights and patents, communication, transportation, criminal law, and First Nations affairs, as well a unemployment insurance and old age pensions.

The power of the federal government is not absolute. It shares responsibility for immigration, agriculture, and pensions with ten provincial governments. In addition the powers of the federal government are counter-balanced by the powers of the provinces, which are responsible for social services (health, education and welfare), natural resources, and civil and property rights. The provinces also oversee matters of local concern such as public works, municipal government, and internal transportation and business.

Nunavut and the Northwest Territories have consensus rather than parliamentary government. There are no organized political parties. Members of the legislature serve as independents, and the legislature chooses the premier and cabinet from among its members. 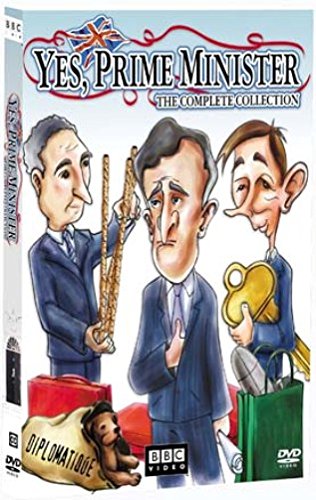