It is articles like this, written forÂ article sitesÂ of good reputationsÂ which earns passive income. The more articles of an informative natureÂ and the more time given for the article to age the better the passive income grows. If you too would like to start earning passive income through writing your first 100 articles then infobarrel is the place for you. If you're looking for party ideas, check my blog, Gifts, Parties and Life Oh my! Â
InfoBarrel is a writing platform for non-fiction, reference-based, informative content. Opinions expressed by InfoBarrel writers are their own.
InfoBarrel > Home & Garden > Gardening & Yard Care

Peaches are Delicious... BUT

Pluck a juicy fruit from a tree and expect your mouth to water just before biting into the flesh of the fruit. But, just before, or even worse after taking a bite – you notice something.

Something isn't quite right. You feel ill just thinking about what is inside that fruit, what you might even have consumed while chowing down on a favorite springtime fruit. The worm.

Really, who wants to bite into something only to discover that there is a worm and worry about whether they've already eaten one, or not? Perhaps to some, maggots are delicious, but to many others it is far from palatable.

Its Not a Worm! BUT eww, its a Maggot!

Nope, it's not a worm. It's a maggot. I'm sure I'm not the only one here shuddering at the thought of coming into contact with a maggot of any kind. Nor would I be the only one displeased that some insect is making a smörgåsbord out of the fruit from one of my peach trees – or any other fruit tree for that matter! But, insects will forever be the bane of any gardeners or farmers life when it comes to their gardens, their crops.

Where do these Nasty Fruit Eating Maggots Come From?

These maggots, which most people call a worm, be it a peach worm, apple worm or otherwise come from a variety of sources. Not every maggot is the same nor do they all come from the same insect. They are however, all unwelcome in our fruit if they're going to damage it and make it unsuitable for consumption.

How Do You Tell The Difference?

No matter what kind of worm, or rather, maggot, one finds in their beloved juicy fruit, like the peach, it's still disheartening. However there are ways to if not stop these larvae completely in their tracks, at least control them so that less fruit is lost. But, the only way to do so is to know which of the insect larvae are nomming down on your peaches.

Credit: United States Department of Agriculture Forest Service as seen on wikimedia commons      For leaf rollers the best spray to use on them to control the population would be Bt (Bacillus thuringiensis) Bt is a biological insecticide produced from bacteria. It destroys the leaf rollers, or at least the moths which lay the eggs that later become the larvae known as a leaf roller.

In order to get rid of or cut down on the Peach Twig Borer population it is important to spray the tree early in the season when pink buds are showing, then again when the petals fall and finally during the shucksplit stages. Of course, apply a spray again when its time for the next generations to lay eggs is important as well to kill the moths as well as the young larvae during their time of hatching.

When it comes to the Oriental Fruit Moth, the best form of defense is using a dormant or delayed dormant spray and it should, be applied a short time before the tree blooms.

And finally, the way to protect a yummy Peach Trees fruit from Prune Limb and American Plum Borers is by spraying two to three times during the growing season in six-week intervals. That is, if larvae are present. But only spray them one foot above the scaffold crotch to one foot below.

What Other Ways Can I Protect My Peach Trees? 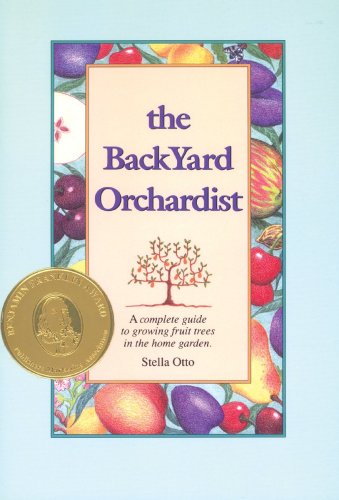 Credit: Jack Dykinga, USDA as seen on wikimedia commons     What could be better than biting into a piece of fruit from ones own back yard? Nothing that I can think of and peaches have got to be one of the juiciest, the tastiest fruits that one could grow. One can of course eat them straight off the tree – though they might want to wash them off with a damp paper towel before digging in with their teeth. But, eating it straight off the branch isn't the only way to eat it. It is a very versatile fruit after all.

Peaches also make excellent ice cream toppings and just hearing mention of peach cobbler has my mouth watering! As long as there isn't any maggots in it.