Buy the textbook Physiology cheaply from Amazon. You too can earn money from writing articles by signing up for InfoBarrel.
InfoBarrel is a writing platform for non-fiction, reference-based, informative content. Opinions expressed by InfoBarrel writers are their own.
InfoBarrel > Technology > Science > Biology

Physiology is the area of science that deals primarily with living organisms and systems.

It attempts to explain how organisms and cells perform, as well as their relation to chemical and physical reactions within the body.

When this scientific discipline is applied to humans, it deals with physical and mechanical functions , as well as biochemical reactions, that occur within us.

Much of this field has relied on results from animal experimentation and the findings that result from these experiments. The corresponding aspects that can be applied to the human body, relatively speaking, have led to great advances in this field.

There are many areas of study that fall under physiology. The community involved in this area of study has broken it down to interacting systems, that exist within the body. These may or may not interact with each other but all are individual areas of study in their own right.

#1-The nervous system Which will consist of the brain and spinal cord, as well as the peripheral nervous system. The actions of sensory processing and communication, are among other things that are controlled by this. Control of the senses and gathering information from them is another area of study within this discipline.

#2-The circulatory system Which consists of arteries, capillaries, veins and the heart. This will transport oxygen and fuel as nutrients. It moves immune cells from one part of the body to another.

#3-The musculoskeletal system This is the human structure of bones and ligaments, muscles and cartilage. We gain our stability and structure from this. Calcium and phosphates are stored in the bones and bone marrow provides a place for the growth of blood cells.

#4-The integumentary system Falling under cell physiology, this includes the skin and other exterior body coverings such as hair and fingernails. Also serving to provide sensory functions that help us to interact with the world around us.

#5-The respiratory system This system consists of the lungs, the nose, and trachea. Its job is taking oxygen from air and expelling carbon dioxide.

#6-The gastrointestinal system This is the mouth, stomach, small and large intestines. The liver pancreas, gallbladder, rectum and esophagus. This takes the food we eat and through a conversion process, creates nutrition that can then be distributed throughout the body.

#9-The immune system This is made up of white blood cells and the lymphatic system. Its purpose is to fight disease and infection by identifying alien cells. This can distinguish between our own cells and invading ones and has the capacity to mount a defense by destroying the offending culprits.

#10-The urinary system Consists of the bladder, the urethra, the kidneys and ureters. This system removes water from our blood. This process also removes waste molecules as well as excess ions.

As one can see, the scientific terminology of the word, physiology, is not connected to only one discipline, but a combination of the systems within our bodies and the way they interact with each other. 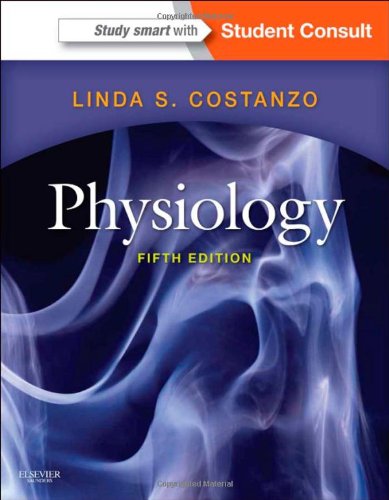 Physiology: with STUDENT CONSULT Online Access, 5e (Costanzo Physiology)Amazon Price: $62.95 $48.50 Buy Now(price as of Apr 14, 2014)
Next >> Zika: The Warnings About Wolbachia and Culex Our Health Authorities are Ignoring