I am a retired teacher of English as a second language. I teach on line via Skype, and write on-line articles which reflect my love of travel, language, literature, history and culture. I love writing for InfoBarrel. Why not join me by signing up here: http://www.infobarrel.com/signup.php
InfoBarrel is a writing platform for non-fiction, reference-based, informative content. Opinions expressed by InfoBarrel writers are their own.
InfoBarrel > Lifestyle

Pidgins and Creoles: How New Languages are Born

Credit: By Image by Hill. (Own work) [GFDL (http://www.gnu.org/copyleft/fdl.html) or CC-BY-SA-3.0 (http://creativecommons.org/licenses/by-sa/3.0/)], via Wikimedia Commons

The people of the world speak over 7,100 languages.

Some of these languages, like English and Spanish, are used by billions of people in many different countries. Others are are only spoken by a few people. Many such minority languages have disappeared entirely throughout history and many endangered languages continue to disappear today. However,  while some languages disappear, others may arise to take their place.

One way this happens is through natural change and evolution. You probably speak a little differently to your parents, and a little more differently to your grandparents. This process of gradual change over many generations is how regional dialects arise, and why American and British English are so different. Ultimately, this process may continue to the point where two dialects differ so much that they become different languages.

New languages may also be deliberately created, as in the case of Esperanto. This is an artificial language invented by Russian ophthalmologist Ludwik Lejzer Zamenhof in the nineteenth century. Zamenhof designed Esperanto with a simple grammar that would be easy to learn, and hoped his creation would facilitate communication between hostile communities in his native city. Since then, people in many countries have learned Esperanto and it is estimated that there may be two million speakers around the world. Esperanto speakers get together at international meetings, publish newspapers, magazines and literature, and broadcast Esperanto radio programs. They even learn Esperanto online. 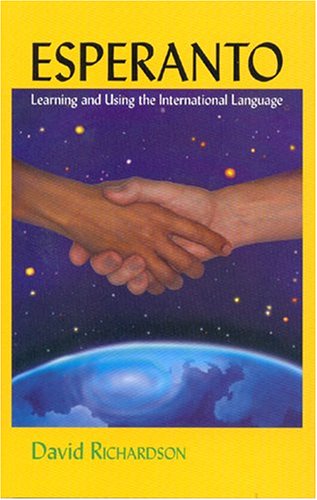 Like Esperanto, Pidgins are also created languages.  Unlike Esperanto, however, they are not deliberately designed, and they have historically arisen not from the idealism of someone like Zamenhof but from a practical need for communication.

If two groups wish to trade with each other, for example, they need to communicate basic information about the type of goods they have to offer, the quality and quantity of their products and what they are willing to sell or barter them for. To do so, they speak to each other in very simplified language, learn a little vocabulary from the other group, and develop a very simple method of communication which is used specifically for trading purposes.

Pidgins also develop when different nationalities come together as a result of historical events. People may be conquered by a group that speaks a different language, they may be refugees living in a foreign community, or they may be slaves forced to live in a group of captives from different language groups. A great many pidgins developed during the age of European colonialism when slaves from many parts of Africa were brought together on Caribbean plantations.

Pidgins generally blend the vocabulary of one language with the grammatical structures of another. Slave languages that arose in the New World, for example, developed by blending African grammar with the vocabulary of colonial languages such as English, French, Spanish or Portuguese. In addition, they are extremely simple. They have a small vocabulary in which one word may have many meanings and there may be no grammatical features such as genders, plurals or tenses.

Because a pidgin is developed for a specific purpose it may disappear when it is no longer useful. For example, Pidgin French was used in Vietnam when it was a French colony, but disappeared when the French left the country. People will continue to use the pidgin, however, if it still serves a purpose, such as for trade between various language communities.

How a New Language Developed in Suriname

The third way that a language can emerge is through a combination of these two processes of creation and development. When a newly created language begins to change and develop the result is a creole.

Because of their nature and how they are used, pidgins are languages which are not learned by children from their parents and therefore have no native speakers. But if a pidgin survives over several generations and children learn it, the language now has its first generation of native speakers who think in the language and use it to communicate with each other not only for its original restricted purposes but in all areas of life.  In order to do so, they adapt and change the pidgin by adding new vocabulary and introducing more complex grammar.

The usage of the word "creole", which originally meant "native born", can be confusing so some clarification is in order before we continue.

"Creole" with a capital "C" refers to groups of people born in a new country to foreign parents. Louisiana Creoles, for instance, are people of French ancestry born in Louisiana.  Linguists, on the other hand, use "creole" with a small "c" when they are referring to a nativized pidgin.

One example of a creole used in the United States is Gullah which is spoken on the Atlantic coast of the southwestern U.S. in Georgia and South Carolina. Gullah uses mostly English vocabulary interspersed with some African words, and its grammar and pronunciation is based on West African languages, particularly the language of Sierra Leone.

Can you understand anything he says?

Some creoles may continue to change and eventually become more like the standard community language.

Other creoles may become established in a community or country and achieve official recognition. Haitian Creole combines the grammar of Ewe from West Africa with French and Spanish vocabulary. It is one of Haiti's official languages, along with French, and is spoken by seven million people. Tok Pisin is one of the official languages of Papua New Guinea.  It developed in the early nineteenth century from a trade pidgin which combined Melanesian and English, and is an important lingua franca in country which is home to over 800 languages. Kituba, the national language of Congo, is a combination of Congolese, Swahili, French and Portuguese which has over four million native speakers.