A PlayOn Review From An Internet Only TV Customer

My Personal Experience With The PlayOn.TV Software

Like many of you I know a thing or two about biased reviews online. I have read many of them and I have even written a few of them in my day. This however is a genuine PlayOn customer review coming from a person that has owned and used a lifetime license of the PlayOn media server software since January of 2012.

Why I Bought PlayOn In The First Place

For Christmas back in 2011 a family member (my uncle) gave my wife and I a Roku box. We had no idea what it was but he told us that if we use it we might decide that cutting cable would be an option. Like many people out there the idea of eliminating a $85 monthly bill was appealing.

When we started playing around with the Roku we quickly realized that to make the box work for us we would have to use it in tandem with our existing NetFlix subscription and a yet to be purchased Hulu+ subscription.

During a free trial to Hulu Plus we learned that CBS shows weren't available at all. This was a shock since we watch quite a few CBS shows. For a brief moment we figured no way would be dropping cable. We didn't want to pay for each show individually through Amazon Prime so it just didn't seem worth it.

Just a couple days later though, in a forum somewhere on the net, I found a reference to a company called PlayOn.TV which sold an inexpensive piece of software that allowed you stream CBS shows to the Roku box. At the time there was a 7-day free trial offer so I signed up to give it a try.

Long story short - we got what we were looking for and decided to pay for the lifetime licese instead of a monthly recurring fee. It wasn't that much and was about half thr price of what we were paying for cable anyway - it made sense.

The video above was published prior to me even owning PlayOn. Since then there is no free trial but the prices for the software have come down a bit and they now offer a 30-day money back guarantee.

To use the software you need a Windows based computer for installation and it has to be running to "serve" media from your internet conection to your TV box.

The most common devices that PlayOn serves content to include the Roku boxes and Google TV boxes, the top tier gaming systems such as the XBox, PS3, Wii, and most of the common mobile devices such as the IPhone, IPad, and Android devices. The software is also compatible with numerous other devices and even some smart TVs.

Of them all I recommend the Roku box because it has probably the most versatility of all the settop boxes and it costs far less than any other option. 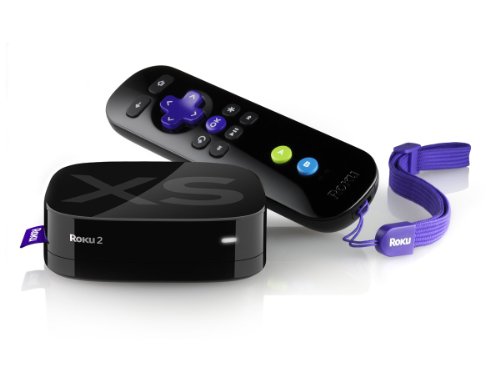 Why Is PlayOn Worth The Money?

In very short terms I'll say this - if you have significant computer skills I know you can build your own media serving software yourself and stream your own content to your living room but I simply don't know how to do that. It'e very complicated and out of the realm of possabilities for most people.

For starters a Roku box gives you acess to lots of free content but the majority of the best stuff (that's easy to get) requires a Hulu Plus subscription for current TV shows and a NetFlix Instant Download subscription for older TV shows (seasons) and a boatload of movies.

What you don't realize right off the bat however is that many shows simply aren't available to Hulu and unless you want to wait a couple years for them to show up on Netflix you need another solution.

PlayOn has a huge list of channels built in but they also have a place for you to instal third-party plugin channels. These third party plugins are very simple to instal and they bring acess to just about everything you could think of.

As I write this page it's just a couple days after the Super Bowl aired. I was even able to watch the 2013 Super Bowl live through a 3rd party PlayOn channel that cost me nothing but 3 minutes of instalation time.

The Biggest Problem With PlayOn

This is the biggest problem I've had with the software after using it for roughly 13 months. Because you are streaming internet video accros your home network it is not in HD quality by the time it gets to your TV screen.

The quality is degraded a bit by internet connection speed and the speed of your home network. For us this doesn't effect us too much but for those people who demand HD quality video at all times then you are either going to have to settle for a cable bill of for paying for shows individually on Amazon I think.

For 13 months now my wife and I simply understand that if we watch something through PlayOn we have to expect basic definition programming, similar to what you used to get on TV in the 90s.

The only other small issue is that the PC PlayOn is running on has to be on for the software to work. Ours is always on but I know a lot of people like shutting ther computers down frequently.

This Thing Saves Us $$$$ Month After Month

It Always Comes Down To Money

In the end however at around $40-$70 (depending on what you buy) we've had far more enjoyment out of our PlayOn lifetime software license than we could have expected. We use it more frequently all the time and now that we've got a toddler running around the house it makes finding the newest cartoons so much easier.

There's a lot more to be said for using PlayOn's moe robust and advanced features but those are things we haven't even used in 13 months of use. PlayLater is one of the company's other products which you can buy with the basic PlayOn software but I've never used it. In the future I'll update this article (or post a new one) if I ever experiment with it.

If you want to research some of the nitty gritty details then head over to their site and check out the fine print and FAQs.

Next >> Suitable Screen Time for Children