Deborah Diane is a freelance writer from Orange County, California, and the author of a helpful retirement blog:  Baby Boomer Retirement Order Deborah Dian's Kindle books from Amazon or on her blog: "Your Guide to a Fabulous Las Vegas Wedding" "Romantic Budget Wedding Ideas" "The Parrot Trap: A Children's Story" (Gently Teaches Stranger Danger) "The Mayor and the Garbage" (Teen fiction) "Dangerous Lies We Tell to Children and Ourselves" Twitter: www.twitter.com/DeborahDian
InfoBarrel is a writing platform for non-fiction, reference-based, informative content. Opinions expressed by InfoBarrel writers are their own.
InfoBarrel > Entertainment > Games

Play Pinball Arcade Games for a Fun Night Out

Today Almost Anyone can Play

While modern video games have become increasingly popular, especially in households with teens and pre-teens, many of us crave the days when we would gather our family and friends and spend an evening clutching a real pinball machine between our hands. There is nothing like the excitement of flipping the flippers as fast and hard as we can, while sending an tiny steel ball skyrocketing back through the obstacle course that is laid out beneath the glass before us.

History of the Pinball Machine

Games that involve hitting or flicking balls through an obstacle course go back through history to the time when people first played bocce ball, croquet, and golf. Eventually, indoor games such as billiards, bowling and shuffleboard emerged. Ultimately, these games evolved into table top games such as pachinko, which was an early form of the pinball machine that still has fans today.

During the 1930’s in the United States, pinball machines were hooked up to electricity, and the games became even more exciting. With electricity, you could have lights and sounds whenever your ball hit a bumper or passed through a tricky obstacle course. You also began to have an electronic system for keeping score. By the end of 1932, the game had become so popular that there were 150 different companies manufacturing them! However, it was a very competitive business and most of these early manufacturers were not able to survive. By 1934 only 14 companies were left.

Flippers were not introduced to the pinball machine until 1947. With active bumpers and flippers the player had the chance to keep the ball in action much longer, thus scoring points and even winning extra balls that they could play. More and more different variations of the machines also became available. The pinball machines began to have themes, often based on cartoon characters or super heroes. In addition, the sounds, lights and ever rising scores made playing the games more exciting that ever.

With the advent of home gaming systems, public arcades began to lose their luster. Across the nation, many of them closed down and the machines began to gather dust in large warehouses. Some of the machines were bought by private collectors and by families who wanted to add them to their game rooms. Pinball machines had become collector items and some of the best machines were purchased and featured in the Las Vegas Pinball Hall of Fame, which is pictured with this article. The heyday of family fun at a pinball arcade seemed to be past.

However, the pendulum seems to be swinging back. Many people still love to play pinball and often they want their children to have the same experience and memories that they had while growing up. New arcades have opened and they are usually designed around the concept of family fun, with children being able to win stuffed animals, free games and other prizes.

(Want to play at home?  Amazon offers some fun choices in the ads at the bottom of this article.)

Family Fun at a Pinball Arcade

While playing a video game at home remains a popular pastime with many families, a fun alternative is to get out once in a while and go to an old-fashioned arcade. They have been resurging in popularity with many families, especially those who enjoy a little friendly competition with each other.

One such arcade is the Pinball Wizard Arcade in Pelham, New Hampshire. Another is Bucci’s Pinball Arcade in Harbor Creek, Pennsylvania. A third popular arcade is the Pinballz Arcade in Austin, Texas. Many of these pinball arcades have just opened in the past few years, demonstrating how much pinball machines have made a comeback.

Most of these new arcades do not limit themselves to only offering pinball. Some of them are affiliated with fun zones that include putt-putt golf, bowling, rock climbing and other family activities. Even when the entire arcade is indoors, they may have other arcade games such as those that test your marksmanship or driving ability, as well as dancing games, skeeball and air hockey. Often guests can win either instant prizes and free games or they can get tickets that allow them to shop in a special prize gift shop.

Many of the arcades sponsor parties for special occasions. In addition, they have become popular locations where families can celebrate a birthday or hold a family reunion. Some of the arcades, like Pinballz Arcade in Austin, Texas, have party rooms where you can enjoy your own pizza, birthday cake, and beverages.

With your own party room for your group, you can easily spend an entire afternoon or evening in an arcade. Most of them have hundreds of different games available, all with different challenges. Often the machine graphics are based on old television shows, movies or games and have names like: Hungry-Hungry Hippo, Popeye, Star Wars, The Sopranos, and The Twilight Zone. Some of them are easier than others, which makes it as much fun for younger members of the family as it is for the adults. Because of this, a pinball arcade can be the ideal location for an exciting birthday party or special celebration.

Pinball arcades make many of us feel nostalgic for our childhood days when we sometimes had to stand on a milk crate in order to play the games. It was always fun and exciting to have our family and friends standing nearby, yelling encouragement, and groaning when our balls slipped down the wrong chute. We loved racking up those points and secretly hoped that no one in our group could beat our score. We were often awestruck when we saw the high score that some mysterious stranger had reached on the same machine. We couldn’t help but wonder how someone could get so many points!

Today, many of the owners of the new arcades recount their own memories about their first pinball experiences on their websites. They loved playing pinball as children and hope that a new generation of kids will fall in love with the game, too.

Break out of your rut and try something new. Find the nearest arcade in your city or town and head there for some wholesome family fun and laughter!

(Check out the fun pinball games from Amazon in the ad at the end of this article.)

You may also want to read:

The Best Pyrotechnics for Your Celebration

Superbowl Parties That Are Easy to Host 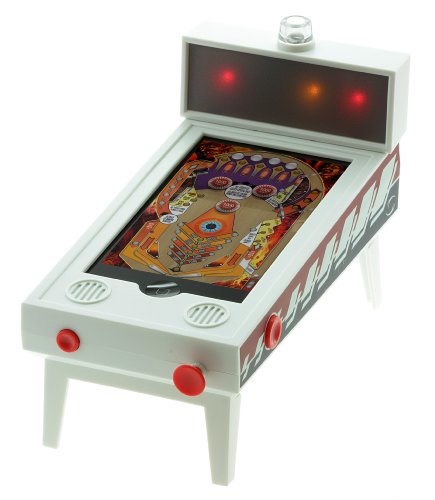 New Potato Technologies Pinball Magic for iPhone and iPod Touch - Software - Retail Packaging - White Amazon Price: $34.99 Buy Now(price as of Dec 26, 2014)
Here's a little pinball machine you can carry around with you! 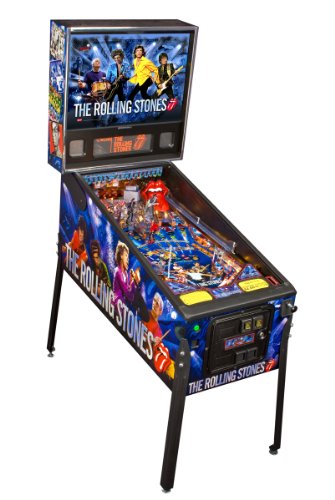 Stern The Rolling Stones Pro Arcade Pinball Machine Amazon Price: $4,999.99 Buy Now(price as of Dec 26, 2014)
This is the "real thing"! An actual pinball machine for your home! 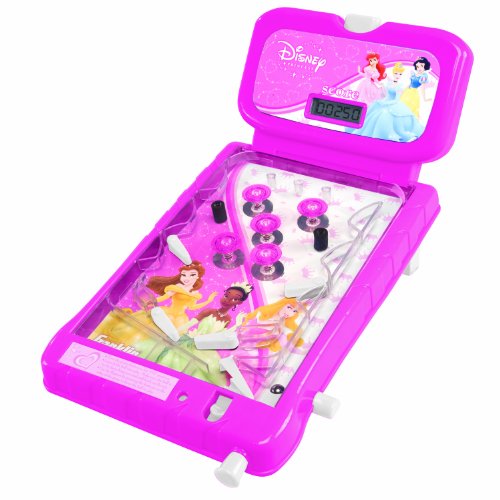 Franklin Sports Disney Princess Electronic Pinball Amazon Price: $44.05 Buy Now(price as of Dec 26, 2014)
Even the Disney Princesses have gotten into the pinball craze!
Next >> No Man's Sky - How to Efficiently Farm Money