InfoBarrel is a writing platform for non-fiction, reference-based, informative content. Opinions expressed by InfoBarrel writers are their own.
InfoBarrel > Travel & Places > Places > Poland

Poland owns a rich and varied history, going back to over a thousand years ago. Over the course of its history, Poland acquired a unique culture and produced many prominent figures that contributed to the history, arts and music of the world. In this article, you will discover the rich history of the Polish people, as well as their culture and the people that put this proud country on the map.

The colorful history of Poland dates back to the early 9th century when the Polians dominated over the Slavic tribes who used to populate the country. Christianity was embraced in 966 by the Piast Dynasty, Poland's principal dynasty. Casimir III was the last member of the Piast Dynasty to rule Poland and through marriage the crowned was passed to King Ladislaw III, who brought Poland to the "golden age". Although killed by the Turks, King Ladislaw III championed over Moslem invasion. In 1569 Lithuania was integrated into Poland and in 1572 the struggle to enter all nobility in the elections paved for many civil wars.

Poland was torn by opposing nationalists during the Great War. The Right was headed by Roman Dmowski of the National Democrats. They took the side of the Allies, hoping that Poland's autonomy will be restored by the victory of Russia. On the other side was Josef Pilsudski of the Polish Socialist. Pilsudski had hoped that Austrian victory will bring the independence of Poland. At that time, the only part of Poland that was allowed full autonomy was Galicia. Pilsudski was imprisoned when he refused to pledge an allegiance to the Germans but was later released on November 10, 1918. When the Germans caught wind of a forthcoming revolution, they immediately left Poland.

The victory of the Allied Powers failed to give Poland its previous territories. Their demands were met with wars and diplomacy. Poland and Russia were in constant war and during the Red Army's advancement to the gates of Warsaw the Poles were able to capture 100,000 Red Army. The Soviets then sought a peace agreement and through the Treaty of Riga, the war between Russia and Poland ended in 1921.

Poland entered another dark era during the invasion of the Nazi forces. On September 1, 1939, Hitler's army entered Poland. Poland's western allies failed to aid the outnumbered Poles while they were trying to fight the German and Russian forces. Stalin took over a huge part of Poland territory in the east and a Nazi-administered government controlled the rest of Poland. Poles took the greatest blow of the Nazi domination in Europe. Over six million Polish died from combat, extermination camps, and executions.

Operation Barbarossa made the Soviet Union change their policy towards Poland to gain support from western allies. On June 22, 1941, Germany began its attack on its former ally. Stalin made plans to "liberate" Poland and the Polish Workers Party was established in Moscow. After the war, the Curzon Line was made the border between the Soviet Union and Poland, according to Stalin's request. Meanwhile, Poland gained 101,200 sq. km. from a German region. Another 45 years would pass before Poland was finally given its full autonomy.

Poland is a country endowed with a diverse landscape. The Carpathian and Sudeten Mountains dominate the southern part of the country while central Poland accommodates the stretch of valleys and highlands. The northern part is home to lakes, forest, and sandy beaches. The beautiful scenery, historical monuments, hospitable people, rich tradition, and modern attractions have made Poland an ideal destination for foreign visitors. Modernity has not drowned the cultural atmosphere of this nation and the convergence of different cultures and traditions makes Poland one of a kind.

The Biesczczady Mountains is a romantic destination for lovers and a haven for wanderers. Its attraction lies in its secluded location. Old churches and lush green mountains make for a beautiful backdrop. The city of Czestochowa is also another great destination because of its striking Jurassic rocks and for the Jasna Gora Monastery. For the devout Catholics, a pilgrimage here is a must to see the miraculous Black Madonna of Czestochowa. Gdansk is a city by the sea popular among the tourists and locals. It attracts many tourists because of its agreeable weather and exotic beaches. The Old Town is littered with exquisite architecture and Gothic church made from brick is a sight not to be missed.

Warsaw, the nation's capital, was badly ravaged by the war but was able to rise proudly after it. Skyscrapers and modern buildings adorn the business downtown. Stalin's legacy, which is the Palace of Culture and Science towers over the city. Warsaw swarms with an intense European flavor and it's an ideal place to be for sightseeing and culture immersion.

Slavic language is the native tongue of Poland and English is the most commonly used foreign language. The country's culture is a combination of Latin, Byzantine, and many other cultural influences derived from those that occupied it over the course of history. Their customs and traditions exhibit Eastern and Islamic influences. 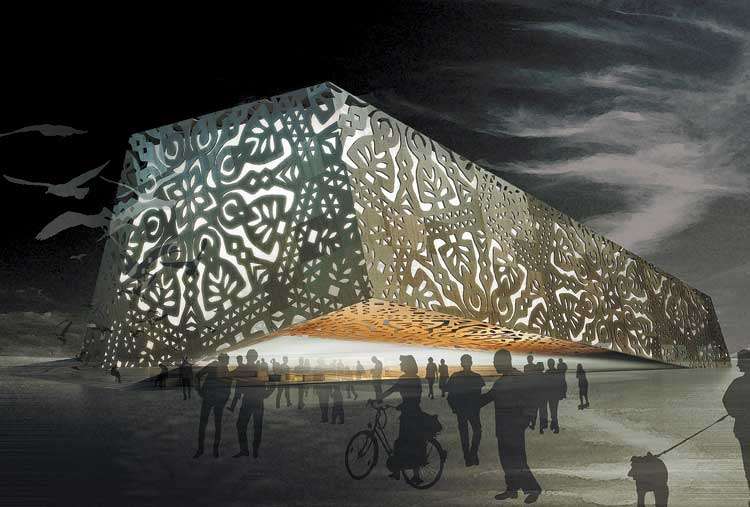 Paper cut outs show off the artistic side of the Polish people and these are very popular during Christmas and Easter as house decorations. Polish cuisine eloquently describes the warmth of its inhabitants. Breakfasts and dinners are usually consists of vegetables and meat. Suppers, on the other hand, are usually lighter. Potatoes and meat are staples in many Polish kitchens. Poland takes pride in its diverse cultural scene which celebrates around 280 arts festivals. Jazz music dominates Polish airwaves and jazz festivals have been held here each year.

Uniqueness of the country

Poland is oftentimes an overlooked European destination. Its cities are built with modern faÃ§ade but one cannot mistake its underlying rich history and culture. Wroclaw, Lublin and Oswiecim were some of the most tragic places in Poland where a great deal of history unfolded. Going to Poland gives you a unique experience of their culture and hospitable people. The beauty of nature is more evident here, with beautiful sea sides, lakes, and mountains. This country is also the home of many gifted individuals that made a marked in world history. Mikolaj Rej and Elzbieta Druzbacka were among the first Polish writers who made Polish literature famous. Frederic Chopin is Poland's best and probably one of the world's greatest composers. Pope John Paul II also hailed from this country and was one of the most influential people in the world.