Snuggled in front of the TV with a big bowl of perfectly popped popcorn is the perfect night for many. Popcorn is a favorite snack of both kids and adults. There are many ways to pop popcorn, but some ways are tastier than others. Placing a bag into the microwave to pop your popcorn may seem like the easiest popping method, but with ease and shortcuts comes a bit of a stale flavor and a chemical-like taste. Plain microwave popcorn may marginally pass a taste test, but for those who are popcorn lovers and aficionados – a bag in the microwave is one of the last places they will make a favorite snack. 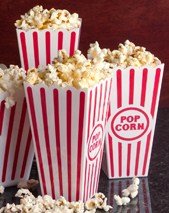 Popping popcorn on top of the stove is a traditional method of making popcorn. It is the oldest method and the results are well worth the little bit of “cooking”.

Lightly coat the bottom of a lidded 4 quart pot with vegetable oil. Make sure the entire bottom of the pot is covered in oil. Remember the oil is just a light coating – you don’t want your popcorn kernels swimming in oil. 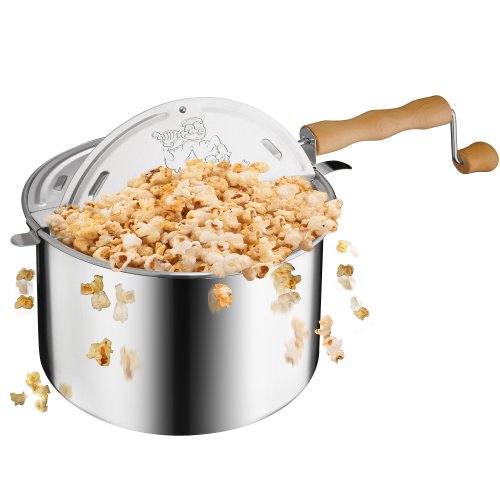 Place the pot onto the stove.

Turn on the burner to medium and allow it to heat for 20 to 30 seconds.

Pour the kernels into the pop and place the lid on the pot.

Allow the popcorn to remain on the stovetop untouched until you hear the kernels begin to pop.

When you hear the popping, put on a pair of oven mitts and pick up the pot by the handles, securing the lid with your protected fingers. Keep the bottom of the pot slightly over the flame or heat by approximately ½ to 1 inch about the heat source.

Lightly shake the pot to move the kernels about the bottom of the pot.

Continue to lightly shake the pot while keeping it ½ to 1 inch over the stove’s heat.

When the time between kernels popping becomes greater than 4 or 5 seconds, remove the pot from the heat and set it on a heat safe surface.

Carefully remove the lid away from your face. There will be hot steam escaping from the pot as you lift the lid as well as the possibility of another kernel or two popping after the lid is removed.

Pour the popcorn into a large bowl.

Optional and Depending on Your Taste

Add salt, butter, flavored salt, sugar or whatever your favorite topping may be.

Popping Popcorn in an Air Popper

Take the shoot off the popcorn maker. Some air poppers do not require removal of the popping shoot before filling it with kernels. If there is no way to remove the shoot it is the stationary type shoot. 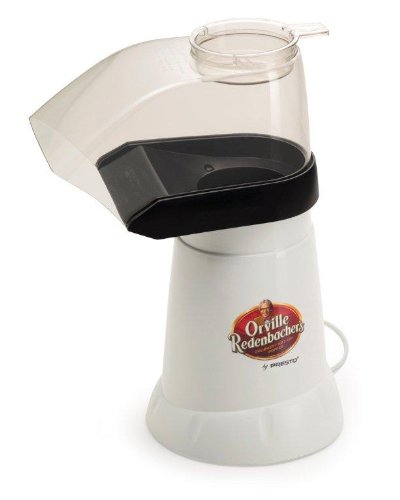 Put the removable shoot back in place.

Set a pot or large bowl under the open end of the popcorn shoot.

Plug the electric cord into the nearest outlet.

Turn on the power switch which is typically located on the air popper housing.

Allow the popped kernels to come down the shoot until no more popcorn requires popping.

Turn off the air popper and unplug the cord from the outlet.

Add your favorite toppings and flavorings, toss the popcorn and enjoy.

Popping Popcorn Kernels in a Microwave

You can pop popcorn in the microwave without buying the bag-type brands of popcorn.

The first time you pop regular popcorn in the microwave it will require a little experimentation in order to determine the correct amount of time you will need to pop your corn. 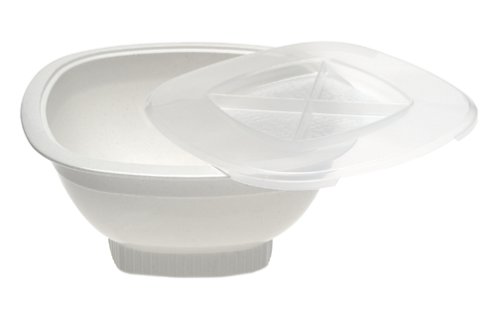 Place the covered bowl into your microwave.

Wear oven mitts to remove the bowl from the microwave and set the bowl onto a heat safe surface.

Carefully remove the lid or plastic wrap away from your face. Steam with escape from under the plastic wrap or lid – use care.

Season your popcorn with butter, salt or other favorite topping.

Add butter salt, sugar, flavored salt or whatever you like on top of your popcorn to the bowl along with the unpopped kernels before placing the lid or plastic wrap on the microwave safe bowl. The flavoring or toppings will distribute itself over the kernels as they as popping.

What to Do with the Popcorn Kernels that Didn't Pop

If you have popcorn kernels that did not pop left at the bottom of your pot, bowl or air popper, allow them to cool to room temperature.

Pour the kernels into a glass jar with a lid.

Add 5 or 6 tablespoons of water to the jar of kernels.

Secure the lid onto the jar.

Vigorously shake the jar of popcorn for two to three minutes.

Keep the lid tightly on the jar and store it in a cool place for three or four days.

Pop the popcorn in your usual way.

Why Does This Work?

Popcorn that does not pop is usually because the kernel has become too dry. Adding water and storing the popcorn in a sealed jar will restore enough moisture to cause the popcorn to pop the next time you make it.

Do not leave the popcorn stored in the jar for more than three or four days because the kernels will become moldy and cannot be used.