Spider That Eats Other Spiders

Cannibalism in the animal kingdom is usually a function of aggression or desperation.  Male lions will kill the cubs of a slain rival male’s lioness as a means of preserving his place in the pride.  Other animals eat their genus mates in times of stress or hunger – rats are omnivores and will not hesitate to eat each other if regular foods are lacking.

In the insect world, fleas will cannibalize each other in lieu of a fresh blood source.  Roaches do the same when their food sources are diminished.

There are few animals that make other members of its kind a primary food source, but there is one in the arachnid group.  The Portia spider not only eats other spiders, it hunts them as well.  This predatory behavior belies a phenomenal level of intelligence in a species not known for cunning and craft.

Credit: flickr
Porcia/Portia
Porcia Catonis (ca. 70 BCE – 43 BCE) was a Roman woman.  Her fame in life was two-tiered: she was the second wife of Marcus Junius Brutus (the best known of Julius Caesar’s assassins), and historically she is the only woman believed to have known of his murder conspiracy in advance.

Brutus conceived the plot, and Porcia overheard the details.  He was mortified to learn she’d found out about the assassination plan.  To prove she could be trusted not to talk under pain of torture she secretly stabbed herself in the thigh with a knife.  The wound became infected and painful, but she said nothing.  She developed chills and a fever.  When Brutus finally discovered it, he was impressed that she had borne up under such torment, and afterwards he kept no secrets from her.

After Caesar’s stabbing, the assassins fled Rome.  Porcia remained behind, never suspected of any involvement or knowledge of Caesar’s murder plot.  While Brutus was away, she pined for him, and hearing a false report he’d been killed in battle, she took her own life, allegedly by swallowing hot coals.  This, of course, is an impossibility – the gag reflex would engage the moment a hot coal was pressed into service without help from another.  At worst, burned lips and a fried tongue would result.  A more rational explanation was presented in which it is believed she died of carbon monoxide poisoning after burning charcoal in a brazier in a closed, unventilated room.  In this case,

Credit: Thomas Sully, 1835 (public domain) her death may have been suicide or accident.

She lent her name via a scribbler named William Shakespeare to a female character in his play, The Merchant of Venice.  As “Portia”, she was the female protagonist in the play in which she later disguised herself as a man and acted as a lawyer’s apprentice.

It is perhaps Porcia’s (and Portia’s) abilities to move undetected among their male counterparts and other compatriots while plotting and scheming that maybe gave the most ruthless spider on the planet its name.

Death Kiss of the Spider
All spiders have poison glands; very few of them, however, are harmful or fatal to humans. The venom spiders inject into their victims, usually other insects or very small animals, is enough usually to merely paralyze the creature.  Tarantulas, notorious for their venom, are quite harmless, and almost no deaths have ever been directly attributable to a tarantula’s bite.  The infamous black widow is one exception whose neurotoxin can cause respiratory arrest in a small human, one who is frail, or whose health is already compromised.

An old wives’ tale claims the common daddy long-legs (cellar spider) is the most venomous in the world, but its inability to kill humans routinely is because its mouth is too small to inject venom into human flesh.  This is a lie.  Testing with forced biting has proven such spiders can deliver bites to human flesh – their venom, however, is very weak and only produces mild irritation for a short time.  The brown recluse, with the same sized mouth parts as the daddy long-legs, has a much more toxic venom, capable of necrotizing the skin at the bite site.

Spiders are sub-divided into four main groups: wandering, ambushing, commensal (spiders that benefit from a relationship with another organism without harming or benefiting its partner), and net-building.

Every spider has the ability to secrete a fluid silk that hardens when exposed to air into the familiar web silk.  Not all spiders spin webs – only the net-building spiders spin the familiar insect-trapping webs.  All other spiders use their spun silk as traveling lines for climbing, or to secure anchoring points on rugged terrain.  Still others use the silk to build underground or funnel traps.

Spiders have extraordinarily small mouths and gullets.  Their diets are liquids.  These are the bodily fluids of insects or small animals (in the case of the Goliath bird-catcher spider of South America, so large its web often captures small birds). Spiders cannot eat solid matter – they suction and siphon the life fluids from their victims, leaving a desiccated, hollow husk behind.  To help in this, they inject a digestive enzyme into the wound site and go ahead from there.  Stomachs and a  “liver” capable of storing food for long periods before using it for fuel allows spiders to go long periods without eating if necessary.

But among the spiders is one that not only preys on its fellow spiders, but actively and cunningly hunts them. This ability to blend in with the crowd while pursuing Machiavellian desires is probably why this cannibalistic arachnid is called the Portia spider. Behaviors of this arachnid are amazing for one without a proper brain.  A spider’s brain consists solely of two enlarged ganglion, mere bulbs of neurons.  And yet, the Portia is different from other spiders as it is capable of learning (versus acting solely on genetically encoded instinct).

Most spiders are opportunists and “hunt” passively.  The net-builders wait for prey to get stuck in their webs; the burrowers wait for an insect to close in on an underground trap; or ambusher varieties simply lie patiently for something to pass by.  The Portia differs from these as it is an aggressive predator.  Hunting methods are similar, but the Portia changes strategies based upon its environments.

The Portia, with body camouflaging that (under the right circumstances) makes it look like a piece of forest-floor debris or a clump of leaves, uses

Credit: cracked.comstealth and mimicry to kill.  It will attack another spider in its own web or nest.  When prowling for spiders in webs, the Portia strums and thrums the web lines in imitation of an insect caught in the web.  When the host spider appears to investigate, the Portia (a jumping spider) pounces.  The victim has little chance as the unexpected has happened, and the element of surprise is a singular feature the Portia uses to great advantage.

These killers will patiently, and gently, climb millimeters at a time toward a web’s occupant.  Because of its appearance as a clump of debris, the home spider takes little notice of this slowly advancing threat.  And as proof of the complexity of this behavior, the Portia may stop and thrum the web in different frequencies to lure the home spider closer.  This process can take up to three days of trial-and-error before the Portia plays the right tune on a particular spider’s web.  Sometimes, in a gust of wind, the Portia takes advantage of the sudden swaying and vibrations in the web’s surface to make a break for it; it races undetected into the heart of the web and kills the owner.

Tactics aren’t limited to subterfuge.  The Portia is able to use its senses to make decisions.  Its eyes have telephoto lenses that allow it to identify what its prey

Credit: blogspot.comspider is and adjust its killing tactics accordingly.  If the Portia encounters a deadly spitting spider, it will approach from the rear to avoid its predatory potential. When the Portia sees the same spitting spider is carrying eggs, it approaches head-on (the egg-carrier will invariably give ground trying to protect the eggs). The Portia doesn’t always climb a web, either.  It may decide to take a long detour around its victim’s territory, find a suitable anchor point from above, and rappel down to its prey, killing it as it drops in from overhead.  The same dangling line is an escape route if the attack does not go as planned.

The Portia can also use props if necessary.  It may catch a fly and drop it into a target’s web.  Then, when the victim comes to have a look, the Portia sneaks up behind it for the kill.  It may observe and then duplicate another spider’s mating ritual, which would lure the victim out. Sometimes, they build their own webs connected to the victim’s web – in a race for escape after attracting the attention of the home spider the Portia seeks refuge in its own web, trapping the other spider.

This level of complexity in planning, surveillance, patiently stalking, luring, taking advantage of the environment, and general problem solving has led many biologists and animal behaviorists to conclude the Portia may possess true intelligence.  It learns from its past, and has been seen using unusual techniques in hunting (the silent stalking is almost unknown).  The Portia has no favorite spider meal, though it does prefer web-builders, and it can tackle prey up to 200% its own size.

There are 17 species of the Portia spider on the planet.  These are mostly found in Africa, Australia, China, Malaysia, Myanmar, Nepal, India, Sri Lanka, the Philippines, and Vietnam.

It is fortunate for humanity this spider doesn’t grow very large – it would apparently take little for it to learn how to ring a doorbell, luring a home owner to a nasty death, staring into the maw of one of the world’s most diabolical looking creatures. 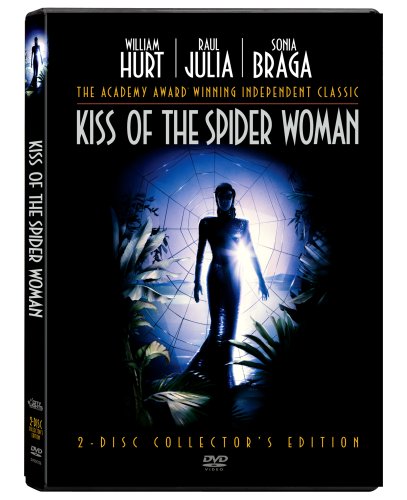 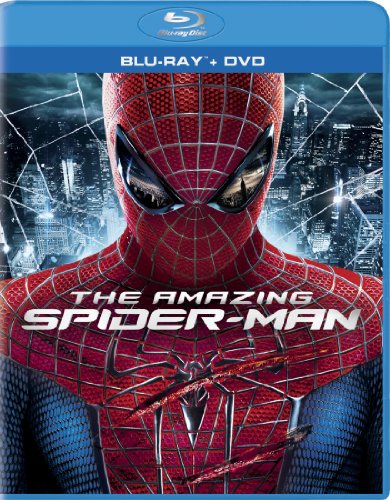 The Amazing Spider-Man (Three-Disc Combo: Blu-ray / DVD + UltraViolet Digital Copy) Amazon Price: $19.99 $4.94 Buy Now(price as of Jun 24, 2015)
Next >> Zika: The Warnings About Wolbachia and Culex Our Health Authorities are Ignoring