I am a retired teacher of English as a second language. I teach on line via Skype, and write on-line articles which reflect my love of travel, language, literature, history and culture. I love writing for InfoBarrel. Why not join me by signing up here: http://www.infobarrel.com/signup.php
InfoBarrel is a writing platform for non-fiction, reference-based, informative content. Opinions expressed by InfoBarrel writers are their own.
InfoBarrel > History > Medieval History

Poverty, Chastity and Obedience: The Life of Medieval Monks and Nuns

In the Middle Ages the church in Europe was a powerful social and political force which rivaled or even surpassed that of earthly kings. The church under the leadership of the Pope in Rome believed that it was above earthly law, and was bound to obey God's law alone.

The worldly power of the church arose from its spiritual power. It taught the doctrine of original sin, which resulted from Eve's disobedience to God when she tempted Adam to eat the forbidden fruit in the Garden of Eden.

The church taught that since the beginning of time children had been born in a state of sin because they were conceived out of sexual desire. It instilled in its congregations the need for repentance, obedience to the church, hope in heaven, and fear of hell. Anyone who disobeyed the church could be consigned to hell by being excommunicated (banished from the church).

In the Middle Ages, when men or women retired from the world into a monastery or nunnery, they took vows of poverty, chastity and obedience. They gave up all personal possessions, and dedicated themselves to a communal life of incessant prayer, constant discipline, and Spartan simplicity.

In spite of the demands on devotees, monastic life held great appeal. In twelfth century England alone, according to the YouTube educational video Medieval Realms, there were 750 religious communities which controlled 15% of the land.

There were many reasons to take monastic vows, and these were not always spiritual.

While some men may have became monks because they wished to serve God, others sought a better material life by escaping the poverty, insecurity and violence of the outside world. Sometimes families gave a child to a monastery to be brought up in the monastic life as an oblate. Perhaps they were unable to care of their child or perhaps they sought heavenly blessings by dedicating him to God.

Women's reasons were more complex. While some women chose to take religious orders, others were not so willing.

Women who entered a nunnery by choice may have had a spiritual calling. They may also  have been seeking a respectable alternative to marriage, or have been widows wishing to live in a supportive community.  Occasionally, a wife obtained her husband’s permission to take a vow of chastity, along with an endowment to give to the convent of her choice.

Other women were not quite so willing. When women married, their families were expected to provide them with a dowry, and dowries given to daughters of wealthy families were often significant. Women entering a convent were also required to pay a dowry, but spiritual dowries were not as burdensome.  Consequently, wealthy families with many daughters sometimes forced their daughters to enter a convent at a young age in order to avoid exorbitant marriage dowries. Some women may have been escaping forced marriages.  In addition, unwed mothers, unfaithful wives and abandoned mistresses were often cloistered in nunneries to avoid scandal.

After living in a monastery or convent for four years monks and nuns were expected to take their final lifelong vows. The consecration of a nun was considered a marriage to God, and was symbolized by the placing of a ring on her wedding finger.   Because of the requirement of a spiritual dowry, while a man from any level of society could become a monk, most nuns came from wealthy families. These ladies were known as "choir nuns." Women from poorer families could also join a convent, but they became lower class "servant nuns."

Monastic life revolved around the daily prayer ritual. Monks and nuns began their day early with a prayer service in the monastery church at 5 a.m., and continued to pray throughout the day. In accordance with the monastic prayer book, or divine office, prayers were said at 6 a.m, 9 a.m, noon and 3 p.m. Vespers, the evening service, took place between 4 and 5 p.m, followed by Compline, the final prayer session of the day, at 6 p.m. Bedtime came early, immediately after the final prayer session. However, at 2 a.m. the weary sleepers were awakened for nighttime prayer. They then returned to bed until the 5 a.m. prayer service the next morning.

A Video of Monks at Prayer 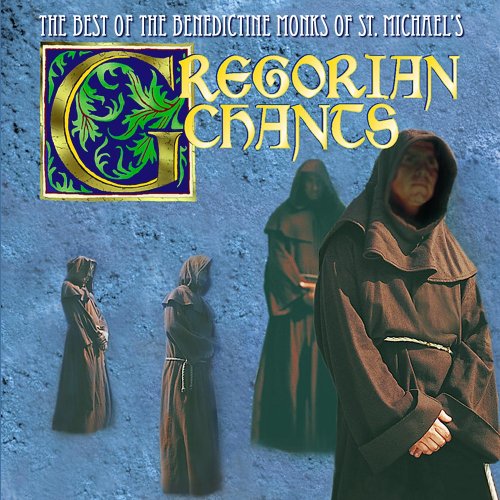 Meals were a communal activity. Monastics ate one or two simple meals a day. They sang psalms before and after each meal, and listened to a Scripture reading while they ate. The main meal was eaten either just before or just after the noon prayer. A light evening meal may have been eaten before Vespers, although some orders only ate an evening meal in the winter.

The communal life and discipline of the monastery were reinforced by daily meetings which included discussions concerning the day-to-day running of the monastery, as well as prayer, confession, and administration of punishment.

Because a key element of monasticism was renouncement of the outside world, each monastery was self-sufficient. Food for the communal meals came from the monastery’s own orchards, granaries, beehives, fish ponds, and gardens.

The need for self-sufficiency meant that labor was an integral part of the monk’s devotional life. When not at prayer, there was work to do in the gardens, the laundry or the kitchen. Monks might be required to plow grain and hay fields, harvest and thresh grain, or gather hay to be used for thatch. Farm and garden produce might be used to make beer, wine or herbal medicines.

Some monks spent time painstakingly copying and illuminating manuscripts, and others cared for the sick, educated novice monks, or provided food and lodging for pilgrims.

While monasteries were completely self-sufficient, convents were less so.  Because women were not permitted to say Mass,  hear confessions, or give Communion, nuns needed male priests to carry out daily religious services.  Also, choir nuns of gentle birth were unaccustomed to physical labor. While nuns in smaller, poorer convents had to do their own cooking and housework, perhaps with the help of servant nuns, more prosperous convents employed hired help such as a cooks, brewers, bakers, dairy-women, and laundresses.  The gate was guarded by a male porter, and they also hired farm laborers and gardeners.

As limiting as this cloistered life was it offered women, even those who did not have a religious calling, possibilities that were not available in the outside world. The doctrine of original sin held that women were temptresses who needed to be subservient to men. However, because they had taken a vow of chastity nuns commanded more respect from men than their sinful married sisters. In addition, convent life gave women the opportunity to receive an education and to pursue a career outside of marriage, perhaps as a teacher, nurse, or administrator.

There were many administrative opportunities in nunnery life.  The head of the nunnery was the abbess, a powerful woman who commanded great respect. The day to day running of the convent was the responsibility of senior nuns, known as obediantiaries.  The treasuress was responsible for financial management, the chantress for church services and the library, and the chambress for the nuns’ clothing.  The cellaress oversaw the kitchen, the farm and the domestic servants, the infirmaress cared for the sick, while the mistress of novices took responsibility for the education of young nuns.  In the more prosperous convents, obediantiaries had their own servants.

Some nuns served the community.  The almoner was an obediantiary who distributed alms to the poor and provided medical attention to the sick.  Some nuns helped lepers and other social outcasts, and provided education at orphanages. Others spent their time in creative endeavors such as spinning and weaving, embroidery, or manuscript illumination. 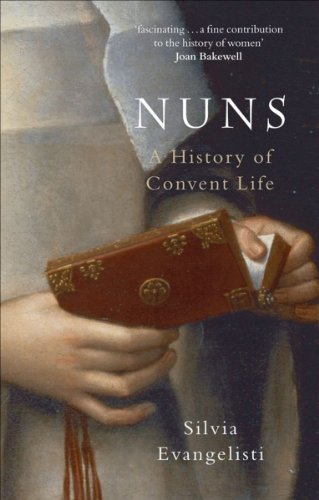 The Decline of the Monasteries

In the fourteenth century many convents and monasteries found their numbers seriously reduced because of the black death or bubonic plague, a pandemic which decimated the population of Europe. A further blow came in the sixteenth century when Martin Luther challenged the power of the church and spearheaded the Protestant Reformation. People began to leave the Catholic church and abandon the ideal of monastic life.

There were also political factors at play. For centuries, the church had held sway over rulers of nations. However, the tide was beginning to turn. In England, King Henry VIII declared himself the head of the English church when the Pope would not grant him a divorce. In 1534 he passed the Act of Supremacy which established his position as head of the Church of England. He subsequently closed every monastery in the country and seized the church's wealth for himself.

Of course, the Catholic church did not disappear, and neither did its monasteries and convents. There are still an estimated 17,500 monks and 25,800 nuns in the Catholic Church living in religious houses that focus on education, health care or charitable work.