Deborah-Diane is a freelance writer and educator from Orange County, California.Â  Order her Kindle books for kids from Amazon or through these links: "The Parrot Trap: A Children's Story" This short story can be used by parents to gently talk about Stranger Danger. "The Mayor and the Garbage: The Teen Who Saved A Town."Â  An excitingÂ novel that shows how teens can make a difference in their communities. Appropriate for 9-15 yr. olds. Twitter: www.twitter.com/DeborahDian Â
InfoBarrel is a writing platform for non-fiction, reference-based, informative content. Opinions expressed by InfoBarrel writers are their own.
InfoBarrel > Lifestyle > Family > Parenting

How to Prevent Death and Injury from Fireworks

Nearly everyone enjoys a good fireworks display!  However, an injury or, worse, a death can ruin the experience for you and your family for the rest of your lives.  Unfortunately, this is exactly what happens far too often.

Every summer in the United States, the time honored tradition of enjoying firework s on the Fourth of July is an integral part of nearly every community celebration. However, many people are not satisfied with just watching awesome pyrotechnics from the distance. They want to set off their own, which makes the months of June and July very dangerous for many young people. In the summer of 2008, in the United States, there were 1400 injuries to hands and fingers, 1000 injuries to eyes, and 900 injuries to the legs because of fireworks. Most of the injuries were burns. Some people have had permanent scars because of these unfortunate burns.

In my personal life, we have a friend who was blinded by fireworks when he was 16 years old. Sadly, he is not the only one who has experienced something like this.  It happens to a large number of young people every year. Fireworks also have been known to cause house and automobile fires. During 2008, about 22,500 fires were started by these products, causing approximately $42 million in property damage.

Who is Affected Most Often?

According to the United States Government's Center for Disease Control, the agency which keeps track of the incidence of accidents and illnesses in our country, the most likely person to be injured in a fireworks related accident is a young man under the age of 20 ... in other words, teenage boys.  About 40% of the accidents occur in children under the age of 15. Although bystanders are occasionally injured, most of the time the person who is injured is the person who is actually handling the fireworks.

What are the Most Dangerous Fireworks?

Most of the fireworks injuries are from the common firecracker. In 2008, 900 injuries were from firecrackers. 500 of those injuries were the small firecrackers that are often considered "safe," and were usually purchased by the parents, or with their consent.

Many parents also believe that sparklers are a safe alternative. However, 800 injuries that same year were from sparklers. Another 300 injuries were from rockets. Sadly, people who try to create their own Fourth of July pyrotechnic displays often resort to buying illegal fireworks. Frequently, they end up killing or injuring someone they love.  In the years from 2000 to 2005, more than one-third of the fireworks related deaths were from professional fireworks that had been sold illegally to individual consumers.

There are a wide variety of reasons why people are injured by fireworks. Firecrackers often explode while they are still being held, causing people to lose all or part of their hand. Bottle rockets have been known to fly into someone's face. Sparklers set clothes on fire. Many parents do not realize that sparklers burn at more than 1,000 degrees Fahrenheit!

Sometimes people think that a rocket has "fizzled out." They bend over to see what went wrong, when it suddenly takes off. On other occasions, children have been known to try blowing things up by stuffing cans or other items with several firecrackers, or they use the gunpowder from several firecrackers to create their own "bombs". The shrapnel from these homemade devices can be lethal.  In far too many cases, the parents purchased the fireworks for the injured children.

How to Prevent Injuries?

The best way to prevent injuries is to take your children to see a public fireworks display. Take a picnic dinner and lawn chairs. Have fun in other ways instead of purchasing personal fireworks. This will make for a safer and more enjoyable evening than you could ever have if your child is endangered because of fireworks.

For other ways to keep your family safe, you may want to read:

You Can Prevent a Wild Fire!

Teach Your Children Safety Around Electricity

Preventing Death and Injury in Children 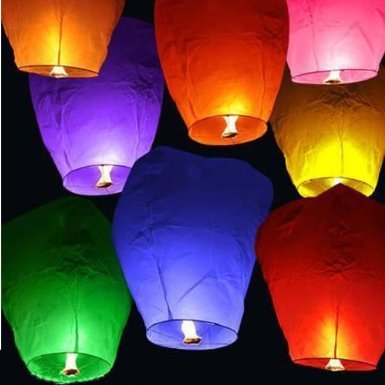