A Little Expensive At The Pump

Raising Prices in a State of Emergency

People want to live in a world where love motivates people to help others and love does that, but there isn't enough love to go around. Love for strangers isn't going to motivate enough people to get in their truck, load them up with generators, take them down to help people who are cold and hungry, and give them away for free. Instead they will charge double! In the case of price gouging during a state of emergency, I like to look at the situation from a neutral point of view.

The problem isn't the individual selling the generators, the problem is that people don't like the fact that the man selling the generators has decided how to allocate a scarce resource. That's where the government comes in and plays their role in society and that is to maximize welfare; just like the great state of Mississippi, creating policy (laws) that states, "...you can't change the price of goods once a state has declared a state of emergency." - Mississippi Attorney General. So really if you get into the nitty and the gritty of the issue, it comes down to people not enjoying how the system works when it isn't in their best interest.

Don't get me wrong, I am all for helping people in need, but I feel that if someone wants to buy a scarce resource and sell it for twice as much in a state of emergency is not in the wrong. Adam Smith had it right with the idea of laissez faire and the invisible hand of the economy that will take care of itself. We have decided that the way we allocate scarce resources is by distributing them based on how much people will pay. Business tries to maximize profit, while we, the consumer, try to maximize utility[1]. Based on that notion, in a rational system, price gouging will occur. Whether we think that is wrong, right, or we are indifferent is on the individual citizen. In which case voting is the only way to change that.

I also understand the way this effects the economy. Just as Economist Milton Friedman ha said, "it is a good thing." If someone decided to sell the generators in the story for say $1, if that were to happen across the board it would in turn hurt the economy. The business would be broke, no jobs would have been created, money would not be flowing through the economy, resources would not have been allocated in the most efficient way possible. Our economy depends on people spending money. I realize that this is an oversimplification of an actual issue, but the point was to show that it wouldn't work out in the long run. 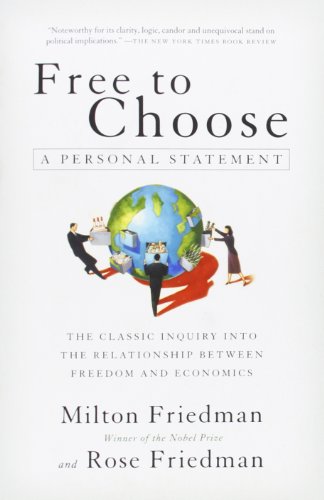 Free to Choose: A Personal StatementAmazon Price: $15.00 $5.49 Buy Now(price as of May 12, 2014)
This a book written by Milton Friedman. He is a nobel prize winning economist. May be interesting, may not.
Next >> Top 10 Wealthiest California Suburbs of San Francisco