Disney's Sofia the First Toys Are in Demand

This January, Disney has a new princess making her debut, and her name is Sofia the First.  Toys and books featuring the newest character in the Disney Junior dynasty are flying off the shelves as soon as they make an appearance.  New merchandise is added every few weeks to keep up with the preschool set's insatiable appetite for this new character and her family and friends.

Sofia is Disney’s first Latina princess.  She made her debut this November in a movie entitled Once Upon a Princess.  Her mother, Miranda, is a commoner who marries King Roland II, and this sweet village girl instantly becomes a princess.  This new role is not easy for Sofia and she is nervous about it.  Learning all of her royal duties is like starting a new job! 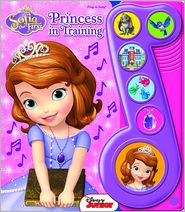 In addition to getting used to her new blended family that includes two step-siblings, the twins Amber and James, and becoming a new member of the royal family, Sofia is also the new kid at school.  She attends the Royal Prep Academy, and the three fairy headmistresses, Fauna, Flora and Merryweather (of Sleeping Beauty fame) are there to guide their newest pupil as she learns about the qualities all people must possess, not just royalty. 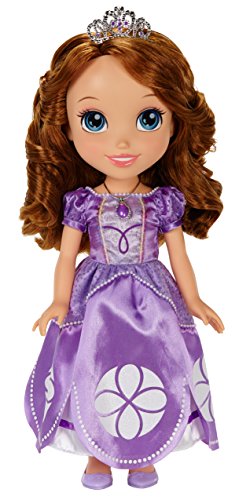 The Controversy Over the New Princess

Hispanic families have eagerly been awaiting a Disney Princess of their own.  While Disney has become more ethnically diverse over the years with characters such as Tiana, Pocahontas, Mulan and Jasmine, there was still no princess of Hispanic decent.

Sofia the First was supposed to fill that void.

Controversy erupted when she Latin roots were not obvious.  She was not dark skinned like Dora the Explorer, the first Hispanic cartoon character for kids. Spanish words are not used the way they are in Dora‘s cartoon world.  While Disney declared her a Latina princess, critics have declared that she is not.

Then Disney did a bit of backpedaling.

They insisted that while Sofia is indeed Hispanic, she is of a mixed heritage, as her father was Caucasian.  Enchancia is a make believe kingdom, this is all fantasy, and Sofia is representative of the kinds of families children grow up in today.  She reflects elements of different cultures, not just one. 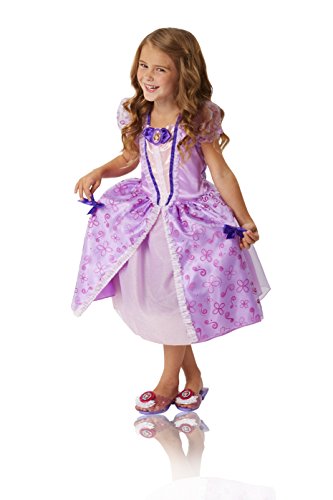 These Disney Toys are in High Demand

Adults can argue about what her ethnicity is, but it does not matter to little girls.  They want Sofia the First toys!  There is a 13 “ plush doll that is an exact replica of Sofia. Girls will love her beautiful purple gown, her purple pendant and sparking crown.  She is soft and cuddly and just the right size for cuddling day and night.

There is also a singing doll, figurines and playsets, clothing and many story books that are all a part of the Disney merchandise line.  It looks like Sofia the First is here to stay!