Thank you for reading my article. More information can be found on my blogs (The IBD Immunologist and The Beneficial Bacteria Site) about intestinal immunology and probiotics. Liz Morgan obtained her PhD. in immunology and has fifteen years of research experience. Her specialties are mucosal immunology, inflammatory bowel disease and probiotics.
InfoBarrel is a writing platform for non-fiction, reference-based, informative content. Opinions expressed by InfoBarrel writers are their own.
InfoBarrel > Lifestyle > Pets & Animals > Dogs

Credit: By Richard Bartz (Own work) [CC-BY-SA-2.5], via Wikimedia Commons

Finding the safest methods to treat diseases in our pets has become the top priority for many pet owners. Many are concerned by the limited regulations on drugs for animals and possible long-term side effects. An alternative that is gaining interest is probiotics for pets.

Probiotics are defined as "live microorganisms that may confer a health benefit on the host." Nowadays, it's hard not to notice their popularity. One reason for this burgeoning interest is that there is now real science supporting their use, and scientists are finding that our intestinal bacteria are extremely important to our health. We harbor at least 1000 different species of bacteria and fungi. Therefore, tweaking our intestinal flora with probiotics appears to be a logical way to improve our well-being.

For our furry friends, there is less research about the use of beneficial bacteria. But, in the studies that have been published, there seem to be some benefits. Diseases that have been investigated so far have been forms of acute diarrhea and contact dermatitis (skin allergy).

In dogs with a dietary sensitivity, treatment with Lactobacillus acidophilus in combination with the diarrhea-provoking food led to some improvement in bowel movements[1].

Good results were seen when probiotics were applied as treatments for acute diarrhea caused by a stomach virus. Dogs treated with a probiotic cocktail containing multiple species healed more quickly than dogs given a placebo[2].

Bifidobacterium animalis AHC7 looks effective. B. animalis AHC7 was specifically isolated from healthy canine feces. Initial studies in dogs showed that it could reduce the pathogenicity of Salmonella typhiurium and Clostridia difficile[3], bacteria known to induce acute diarrhea. And later during a treatment study, it was found that it could help acute diarrhea resolve faster[4].

Scientists looked at the ability of L. rhamnosus GG to change the course of allergy in dogs pre-disposed to the condition. The probiotic was given during pregnancy to the mother and to the puppies during weaning. Unfortunately, while they saw some significant changes in immunological parameters, the puppies had no real clinical improvements[5]. But, a follow up study performed three years later in the grown-up pups showed that there were differences in the long-term. The immune system was geared towards anti-inflammatory reactions, and the dogs had less dermatitis[6].

Helping Your Own Best Friend

Credit: By Deror Avi (Own work) [GFDL or CC-BY-SA-3.0-2.5-2.0-1.0], via Wikimedia CommonsThere are many options for adding probiotics to your dog’s diet. A safe option is using kibble for dogs that guarantees to deliver a specific number of live bacteria. One product, Iams Prostora, contains B. animalis AHC7, which was mentioned previously. Probiotic fortified pet food could also be used, but quality counts. Those from good dog food brands are probably better than generics. A cheaper option may already be in your own refrigerator. Most dogs find yogurt yummy. 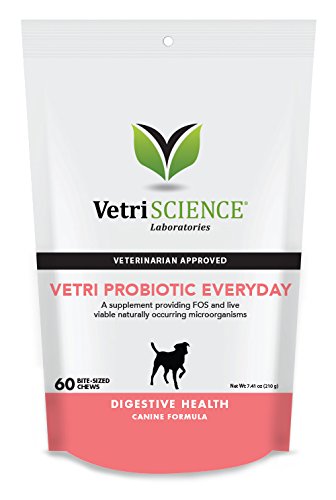 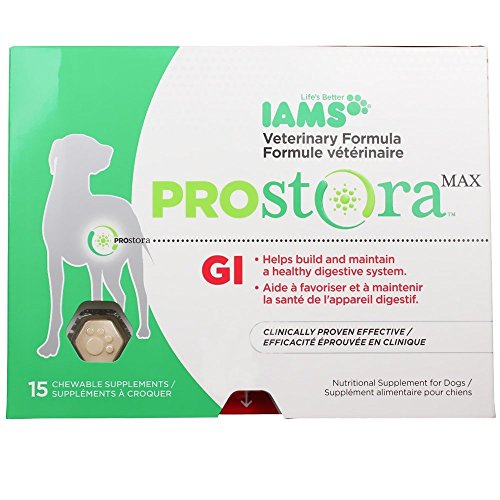