This article was written by Cheryl Weldon, MA.  If you would like to read further writings by Cheryl visit her website:  www.cawworldwide.com Infobarrel is a great place to publish your work and has a wonderful community of writers.  If you would like to wite for Infobarrel sign up here. (you also need an account to comment on articles, so sign up now and let us know what you think about what you're reading.)
InfoBarrel is a writing platform for non-fiction, reference-based, informative content. Opinions expressed by InfoBarrel writers are their own.
InfoBarrel > Health > Mental Health > Self Improvement

Skeptics of Psychics, Fortune Tellers and Astrologers vs. Parapsychologists

Skeptics of psychics, fortune tellers and/or astrologers often include these people in the parapsychology field.  Skeptics theorize the popularity of these “professions” is due to people’s desire to believe in paranormal phenomenon and discounting any evidence it doesn’t exist.

Skeptics site the fact there are no experiments conducted in parapsychology that can be easily repeated; experiments are inadequately controlled; many magic tricks can simulate supposed psychic phenomenon; and thus, most fortune tellers and psychics are frauds.[1]   They claim most results of any studies conducted are reported selectively—positive reports are the only ones made public.  Simply because something is popular doesn’t mean it is valid or reliable.

Talking about his training to be a psychic

Parapsychologists take their work very seriously.  They define a parapsychologist as a scientist or scholar who is seriously interested in the paranormal; which they describe as unusual events associated with the human experience.[3]  True parapsychologists consider fortune tellers, psychic readers and astrologers as entertainers, not scientists.[3]   Parapsychology is based on two types of energy: energy of matter and energy behind matter.  Religion calls energy behind matter spiritual energy and the scientific community calls it the energy of the quantum vacuum.

In 1982, David Lester, Ph,D. conducted a personal study to examine the relationship between astrologers and psychics and traditional therapy methods.  His theory was these people had a similar role to therapists; and people seek the services of these people in part due to the stigma of mental illness when seeing a therapist.[1]  Notably, in the relationship there is one who understands and knows; and one who is seeking knowledge and understanding.

Lester hypothesized the techniques used by astrologers, fortune tellers and psychics were parallel to many systems of psychotherapy; in particular to the relationship between therapist and client.[1]   Therapy is based on several assumptions:

Many people seek the guidance of astrologers or psychics instead of psychotherapists; especially in regards to issues such as changing jobs.  In the Hindu religion, parties often consult an astrologer to determine the compatibility of potential spouses.   Lester met with an astrologer, a fortune teller who read the tarot cards, and a palm reader.   He observed the interactions and methods used by each.

The majority of people turn to friends or family as the first source of advice.  Are they then to be considered therapists?  Using a very loose definition, then a case could be made that indeed friends, family, or anyone who offers advice is a therapist.  What is more important, however, is the issue of what type of help is needed.

People who have a serious mental disorder need the care of a professional who has training in the field.  While astrologers, fortune tellers or psychics have their niche, they are not trained in the field of mental disorders and therefore, cannot be called psychotherapists.  Until a body of reliable and valid scientific studies is conducted with measurable results, they will not be taken seriously by the scientific community.  Are they frauds?  That also will continue to be debated.

The copyright of the article Psychics, Fortune Tellers, and Astrologers:  Therapists or Frauds? is owned by Cheryl Weldon and permission to republish in print or online must be granted by the author in writing. 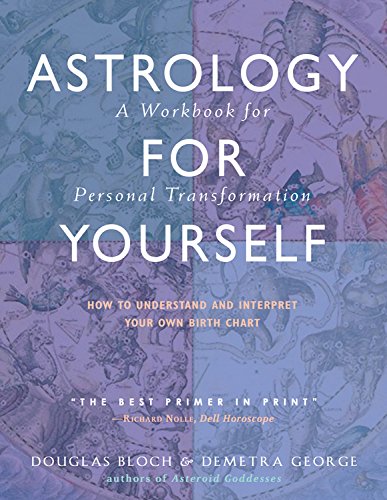 Astrology for Yourself: How to Understand And Interpret Your Own Birth Chart Amazon Price: $19.95 $11.49 Buy Now(price as of Dec 28, 2015)
Next >> How to Get Creative Juices Flowing - Get Your Body, Mind and Soul on the Same Page