Psychoanalysis in Argentina - How a South American country fell in love with Lacan. 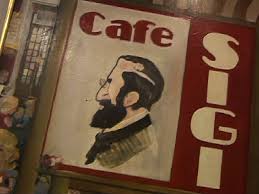 A neighbourhood of Buenos Aires called Villa Freud gives just a hint of the Argentine passion for psychoanalysis. A recent study conducted in 2008 revealed that Argentina has more psychologists per capita than any other nation on the planet; its 145 practitioners per 100,000 residents far out numbers the next most dense 85 per 100,000 of Denmark. America, a surprising ninth on the list, is positively outstripped with only 31 per 100,000. Argentina has a love affair with analysis that neither partner is likely to break off.

And it is not just the rich that seem to have been bitten by the jaws of depth psychology. An astonishing 32% of the population reported in a recent survey that they have had a consultation with a therapist, counsellor, analyst or psychiatrist. The middle classes and elite alike are as likely to visit a psychoanalyst as the poor are to have access to adequate sanitation. But the country is far from poor. With a Gross Domestic Product of $380 billion and a per capita GDP of $9400, Argentina is 28th on the International Monetary Fund's list of countries by GDP.  Demographically the country is a diverse fusion of national and ethinic groups, with Portugese and Spanish descendents in the majority, and although overwhelmingly Catholic the country has the largest community of Jewish people of all the South American nation states. Money flows within a well diversified economy where the compulsory age for education is 18 and 98% of the adult population is deemed literate. Such a focus on education makes the preponderance of psychoanalytic language in everyday social discourse easier to understand; psychoanalytic thought has become part of the the weltanscauung of Argentinian politics, its media, and its cafe society. It has become nothing less than a cultural phenomenon, an Argentinian dream; and its popularity is unlikely to shrink.

"Question the existence of the Oedipus Complex or the unconscious at a social gathering and you are," according to a joke in the introduction to Plotkin's Freud in the Pampas, "made to feel as  though you were denying the virginity of the Virgin Mary at a synod of catholic bishops."

Quips aside, psychoanalysis in Argentina feels itself to be far from the conservative practice of the church. The head of the Argentine Psychoanalytic Association, Dr. Andreas Raskovsky, identifies psychoanalysis as a revolutionary force with its roots deep in the political migration of Europeans from the pre-war fascism of their homelands. These points of origin provided the psychoanalytic movement with sufficient emotional power to make it a refuge for the outpourings of rage and anxiety felt by the population during the country's own years of dictatorship.

Argentinian psychoanalysis started, peculiarly for an analytic movement, with an orthodox Kleinian emphasis. Freudian analysis only took a foot hold in the 1960's, and with it came a greater focus on community and political contexts. The reverence now felt for Freud is matched only by that extended to the French post-structural revisionist of his work, Jacques Lacan. Over 70% of a typical psychology degree will be devoted to psychoanalysis, and a large part of that will concentrate on Lacan. Lacan's work focuses on the role of language in the analytical process and so it is unsurprising, considering Argentina's diasporic nature, that Argentina boasts one of the largest communities of Lacanian psychoanalysts in the world. Lacan's influence has been seismic. 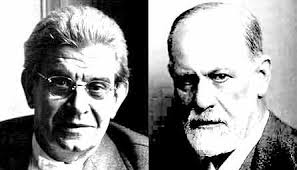 Lacan was an analyst famously enthusiastic about the short session, that is, about cutting short the allocated 50 minutes of an analysis in order that a meaning might not be lost. The rationale for such a procedure was based on Lacan's belief that much of the work of psychoanalysis occurs outside of the analytical session, and therefore, by halting a session at a crucial question, paradox or dilemma the analyst creates the occassion for a greater degree of working through. One famous session conducted by Lacan involved an analysand arriving for the session with a statue in hand which he promptly gave to Lacan only for Lacan to respond with a request for the money and a curt explanation that the session had finished. 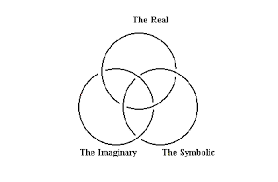 Lacan's theory was developed under the influence of Saussure's linguistics. His emphasis on a tripartite arrangement of real, imaginary and symbolic form the spine of his work and is the starting place for an elaborate construction intended to explain the analytical process. The analyst in Lacanian psychoanalysis holds the master discourse and becomes the "object a" or point of unattainable desire. The course of analysis involves the analysand separating from this imagined object and therefore ends with the discarding of the analyst.

The lacanian analyst in Argentina is therefore partly identified as the desired country, as well as the desired mother, desired object and desired breast. The historical legacy of political conflict in Argentine society infects the work of psychoanalysis as much as the legacy of parental scripts and thwarted dreams.